What Is Going on With GameStop, Reddit, and the Stock Market?

So, now /other/ people are manipulating the market? 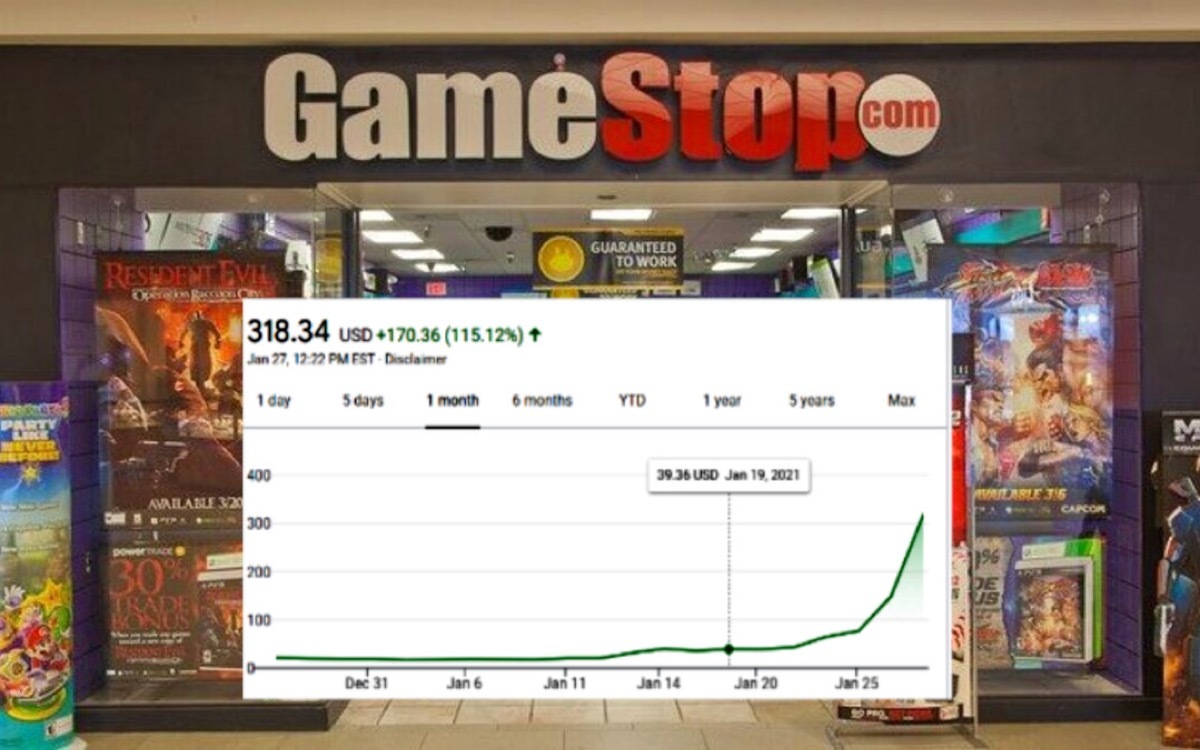 You may have noticed some interesting trends on Twitter and in geek spaces lately. Nerds are talking about GameStop and things going “to the moon!” but it’s not buying the latest first-person shooter or space travel, rather, a new trend. And with it, a new financial controversy has come to light in recent weeks, as amateur traders working together on Reddit have figured out a new way to play the stock market and it’s making institutional Wall Street powers big mad.

To understand what’s happening there are some foundational ideas we need to get, so let’s take a moment to get the big picture. First off, the important thing to understand about all stocks is that when you play the stock market you are essentially betting. When buying a stock you’re buying a small fraction of ownership in a company, hoping that it will pay dividends from profits or it will increase in value so you can sell it. Every stock purchase is a gamble, a bet that the value of it will go up and you’ll make money.

When it comes to “day trading” or what financial peeps call “retail investing,” that usually means you’re looking to buy a stock low and sell it higher to make a profit. Of course, there’s also longer-term investment and it all gets very complicated. But when more people buy a stock, through simple supply and demand, its price goes up. That means that people working in a group or large funds buying large numbers of shares can manipulate prices. The legality of this and when and if you know to buy or sell a stock is a whole thing too.

The most important niche concept to grasp when trying to understand what’s going on with GameStop’s stock (and others) is the short sale, which is a very weird idea for us outsiders to the financial world. A short sale happens when a fund borrows shares, sells them low, and then rebuys them when they are more even lower. You have to pay to borrow those stocks of course. But if you borrow it for $5, sell it for$10 and then buy it back at $1, you net $5 even though the stock lost value. It’s a bet that a stock will fail. Again, from MarketWatch: “Shorting, or short-selling, is when an investor borrows shares and immediately sells them, hoping he or she can scoop them up later at a lower price, return them to the lender and pocket the difference.”

So in order to short a stock, the price needs to go very low after you sell it, and that’s incredibly risky because if the price goes UP when you’ve borrowed the stock you owe that difference to the entity you borrowed from. Again, MarketWatch explains: “If you have a short position, there’s no limit to how much money you can lose if the shares rise. If the share price increases soon after you place a short position, you could quickly “cover” by buying back the shares and returning them to the investor you borrowed them from. If you’re lucky, you might not lose very much.”

So, what does this have to do with Reddit and GameStop, and other stocks? Well, to over-simplify some really complicated financial stuff, GameStop’s stock was incredibly cheap and possibly undervalued. But the guys in r/WallStreetBets wanted to change that, make money, support a company they all liked (because many were gamers), and stick it to the big firms. GameStop’s stock was being used for short selling. And the retail investors on the subreddit WallStreetBets figured out when a short sale was happening and orchestrated what’s called a “short squeeze.” These users worked together to buy lots of shares of GameStop and drive up the price, and in doing so, they went after the hedge fund attempting the short sale, Melvin Capital, among other things.

This is also the clearest explanation of the GameStock saga I’ve read https://t.co/uAF3gWPhRq

The GameStop rally meant that stocks valued around $9 a share started gaining value in October when the call “GME Squeeze and the demise of Melvin Capital,” went out on WallStreetBets. The shares were up to $17 per share a month ago, but in the last few days things have gone truly bonkers and GameStop shares are now worth over $300 a share today! And this is for a company that is not expected to turn a profit until 2023.

The sudden surge in interest around this has had huge consequences in the financial sector this week. As the GameStop squeeze became publicized, the stock surged even more. Stock trading app Robinhood, which allows users to make mini trades and purchases, crashed as did other Mobile brokerage apps for TD Ameritrade and Charles Schwab.

And it’s not just GameStop stock being manipulated by WallStreetBets right now. Bed Bath & Beyond and AMC Theaters, among others, are being bought up and their shares are rocketing “to the moon” as these guys would say. These are all routinely shorted stocks, and the Reddit shenanigans and squeezes are crippling big firms that made bets these stocks would go lower (which in the case of say, AMC, seems like an intuitively good bet in the first place).

The short-selling hedge funds are getting hammered, but others are getting rich. Like Ryan Cohen, CEO of Chewy (yes a pet food company) who bought a 13% share in GameStop last August and has seen his wealth increase. According to CNBC: “As of the market close Tuesday, Cohen’s 13% stake was worth more than $1.3 billion. So over the past two weeks, Cohen’s net worth increased an average of $90 million a day, or nearly $4 million per hour.”

Now, the question comes up … how is any of this legal or allowed? It all feels absolutely nuts and further proves that the stock market is purely imaginary numbers that somehow turn into money for people who can manipulate this system. Well, according to a Securities and Exchange Commission document from 2015, maybe not? The guidance reads: “Although some short squeezes may occur naturally in the market, a scheme to manipulate the price or availability of stock in order to cause a short squeeze is illegal.” Not a good sign for WallStreetBets.

But prosecuting an entire subreddit could be new territory, and again, the huge surge in GameStop’s price is not entirely driven by Reddit, more they were the pebble that started an avalanche. What this does expose is how easy it is for people working together to manipulate the markets, which could be good or bad, depending on your perspective.

Sure, lots of hedge funds are getting hammered by this which gives us an instant “yes! stick it to the man!” rush, but what if your mom or granddad had their retirement in that fund and they’re screwed now? And while these funds are being hurt and some people are making money, as we saw above, the real beneficiaries are the millionaires becoming billionaires. Reddit isn’t taking down these institutions, it’s showing how they can be gamed. The labor and industry of many “common” folks are making the rich richer, which isn’t exactly the goal of the proletariat.

What will happen now? I have no idea. The SEC may step in, but this is new territory, and it’s creating greater uncertainty in the market overall. As all this went wild yesterday, the Dow Jones Industrial Average tanked yesterday. I guess we just have to wait to see when the games … stop.