What Exactly Constitutes an Oscars Snub? 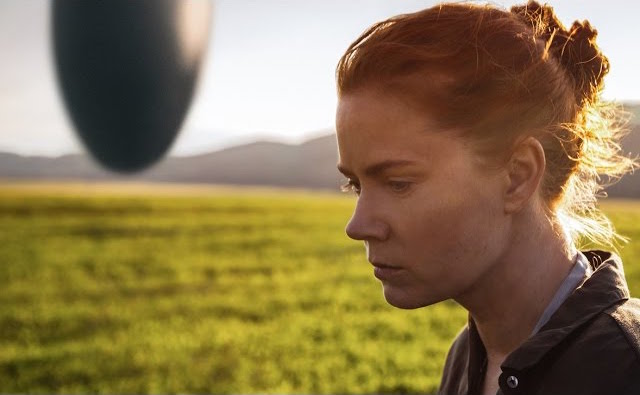 The Oscar nominations were announced today, which means there’s only one topic of conversation out there: SNUBS! What got ignored? What got too much attention and is therefore the target of your ire since that person or movie is therefore to blame for said snubs?

Annette Bening was trending on Twitter earlier today, as was Amy Adams, after both were left off the list of best actresses. (well, unless you count the mistake made by the Oscars’ mobile site, which did include Adams!) Both are widely (at least among the people feeling compelled to talk about these things today) felt to be total snubs. In Bening’s, that makes sense since her performance in 20th Century Women was AMAZING. And this is what we mean, more often than not, when we talk about a snub: A performance we thought deserved a nomination or an award, that didn’t get it.

With Adams, it’s a little different. Yes, many of us (myself included) thought that her performance was beyond worthy of a Best Actress nomination. For fans of the movie, her acting was a huge part of why that movie was so powerful. It’s hard to love that movie without loving her role in it.

But even if you, specifically, didn’t love Arrival or Amy Adams’ performance in it (first of all, really?), the label of “snub” is hard to deny. When a movie is so based around one woman’s performance, how do you separate her from love for the movie? The Academy seems to be okay with doing so, since they nominated the movie itself for Best Picture, as well as in the categories of Director, Adapted Screenplay, Cinematographer, Editing, Sound Editing and Mixing, and Production Design. That’s a lot of love for a movie to not include the woman whose face dominates nearly every minute of screentime. That’s not personal taste, and what we would have liked to be honored. That’s the Academy showing great respect for a movie and none at all for one giant component of the entire product.

That’s where the term “snub” comes up short. We’ve overused it, wrung it out until its even originally limited meaning was gone. Yes, I want Bening to be nominated. I want Deadpool to have been been a contender. I don’t get why Taraji P. Henson wasn’t given any love. But which of these are actual snubs, and which are just things we liked that didn’t get the appreciation we wished they had?

The real snubs, clearly, are those that the Academy treats exist in a vacuum. They received this criticism two years ago, when Selma was nominated for Best Picture (and Best Song) and nothing else, as if Ava DuVernay didn’t exist and rather the movie sprung fully formed, Athena-like, out of nothing. That can hardly be called anything but a snub. Especially since the year before, 12 Years a Slave won Best Picture, and much of that year’s awards conversation seemed to revolve around having to convince voters and audiences that that didn’t mean racism was solved in Hollywood. To recognize a movie about Black history, but none of the people involved but Oprah (who was Executive producer, therefore would have been the award’s recipient had the film won), is straight-up lip service.

Amy Adams seems to fall into this same category. I don’t want to fall victim to a possible knee-jerk reaction, reducing this to the Academy’s lack of experience in having to actually respect female-driven movies, but, well… what else are we supposed to think? This is different from similar movies like, say, Inception, which was also nominated for (and won) pretty much every award but the acting. Because again, Amy Adams’ face is rarely left out of a frame, let alone a scene of Arrival. This movie has a phenomenal cast, but it can hardly be considered an ensemble picture. Adams, it could be argued, IS Arrival. As much as the screenplay or the direction, she makes that movie what it is. To leave her out is more than a mistake or a difference of taste. It’s ignoring an essential component of a movie they have honored in almost every other regard.

And no, we don’t know what the Academy was thinking here. But we also shouldn’t be expected to give them the benefit of any doubt, in terms of their possible motivations. Because as far as past winners go, Adams’ role is not the type Academy voters have much experience with. Last year, Fusion broke down the kinds of roles that have, historically, won actresses that main award. They are:

So who do we have nominated? A wife (Ruth Negga, Loving), another wife (Natalie Portman, Jackie), a socialite (Meryl Streep, Florence Foster Jenkins), and the head of a video game company (yay!) whose story revolves around her rape (oh) (Isabelle Huppert, Elle).

The Academy is limited in their imagination; they award the same types of stories and the same types of characters year after year, until they’re forced, usually by public backlash (#OscarsSoWhite, anyone?) to change. It’s just the way these things work. It’s not exactly surprising that they didn’t think a successful linguist trying to save the world from aliens was “Oscar worthy.”

So sure, we can bemoan our Deadpools and our Benings. Give them awards! But when it comes to actual exclusionary missteps, the only way these things change–the only way future alien negotiators fit into the established realm of respectable women’s roles—is if we keep an eye on these processes, call them out when we see them, and resist lumping them into the giant category we’ve labelled “snubs.”