Tomorrow’s Episode of Marvel’s What If…? Will Introduce T’Challa Star-Lord So Get Ready to Feel Things 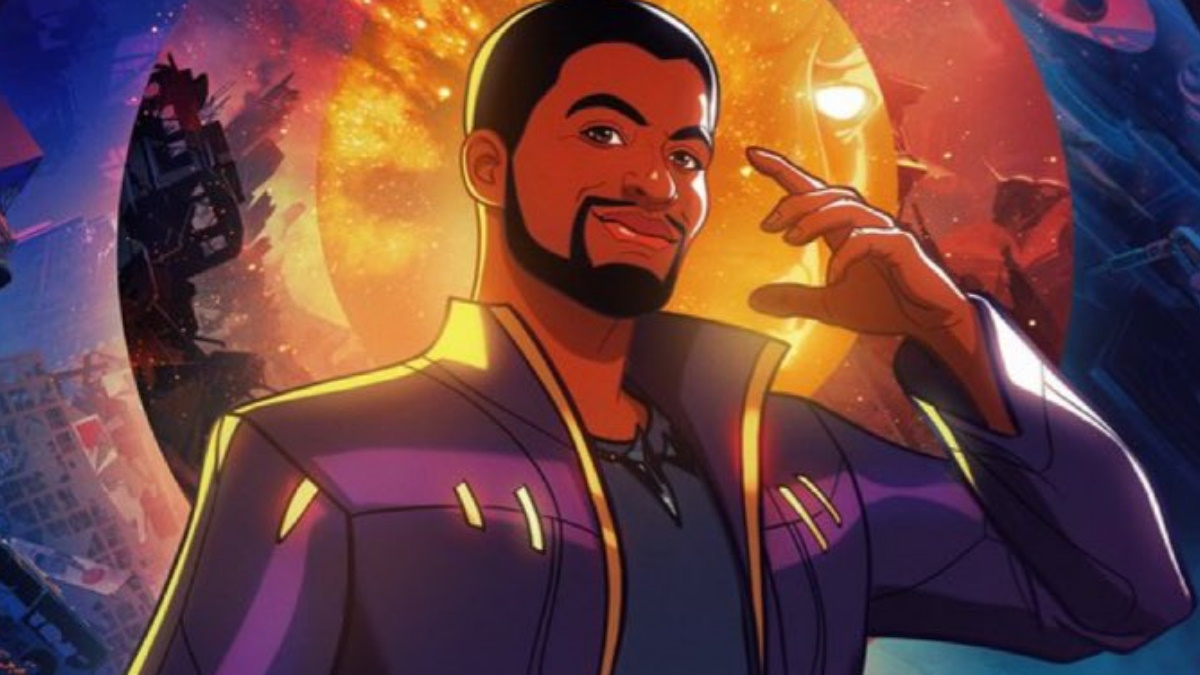 The second episode of Marvel’s What If…? is being released tomorrow and will introduce fans to a new version of Star-Lord.

Instead of Peter Quill, T’Challa will be the one who wanders the galaxy asking folks if there’s another name they know him by.

Or rather, people will already know who he is?

Huh. What if indeed.

The promo clip shows a young T’Challa meeting Mary Poppins – I mean Yondu – and expressing a desire to explore the world. It looks like T’Challa will get his chance, going far beyond the Wakandan borders to travel through the entire galaxy.

T’Challa Star-Lord arrives in the next episode of Marvel Studios’ #WhatIf…?, streaming Wednesday on @DisneyPlus. pic.twitter.com/i8sEAYexTq

For many fans (myself included) this is a highly anticipated episode, not only because the thought of a less serious T’Challa is a lot of fun, but because this is the final time we’ll get to see a performance by the late Chadwick Boseman.

Tommorow, we will be seeing – which may be, the last project of Chadwick Boseman as T’Challa Star Lord in #WhatIf in the MCU. Exactly 10 days before we celebrate his life!

As the tweet says, the episode will be airing 10 days before the one-year anniversary of his passing.

In an interview with The Hollywood Reporter last week, What If…? series creator A.C. Bradley and director Bryan Andrews spoke about the second episode and working with Boseman.

“[Chadwick] really enjoyed the idea of being able to play this slightly different version of T’Challa,” says Andrews. “The events are so extremely different, but the galaxy doesn’t change T’Challa; T’Challa changes the galaxy. There are a few more times where he pops up briefly in a couple other episodes, so we were able to record with him a little bit during the pandemic. Those records were over Zoom calls, and in the last record, when we were done, I, selfishly, was able to tell him how much I personally thought of him… He touched his heart and he was very thankful, but we had no idea he was going through what he was going through.”

Bradley expressed similar feelings, especially since everyone was unaware of what Boseman was going through and that this would, unfortunately, be his last role.

“I have the sad honor of writing some of his last lines in the MCU. I obviously did not know that when I was writing them,” Bradley recalls. “Chadwick Boseman understood the importance of Black Panther. He understood how important it is that young people see a Black man standing shoulder to shoulder with Captain America and Thor Odinson, so that they know a Black man saves the world just the same as anyone else. He came in to record, and I joked that he didn’t bring his A-game; he brought every damn sport there is. He made sure that this was going to be the episode that shined, but we did not realize why. And the world is a little sadder for it. “

I won’t say much about the episode here because it deserves its own write-up (coming tomorrow), but it truly is a special episode. Chadwick Boseman’s take on Star-Lord is such a delight and he brings a sense of wonderment and joy in every scene he’s in. However, as Bradley alludes to, it is a bit of a sad reminder that this is the last time we’ll ever have the pleasure of seeing Boseman at work, and that alone brings a certain vibe to the episode.

Have tissues on hand is what I’m saying because as entertaining as the second episode is (it’s my favorite out of the three I got to watch) there is no denying the disappointment of knowing that we lost Boseman far too soon.

T’Challa Star-Lord will be hitting Disney+ on August 18.