Is Westworld One Big Transgender Metaphor? | The Mary Sue

Is Westworld One Big Transgender Metaphor? 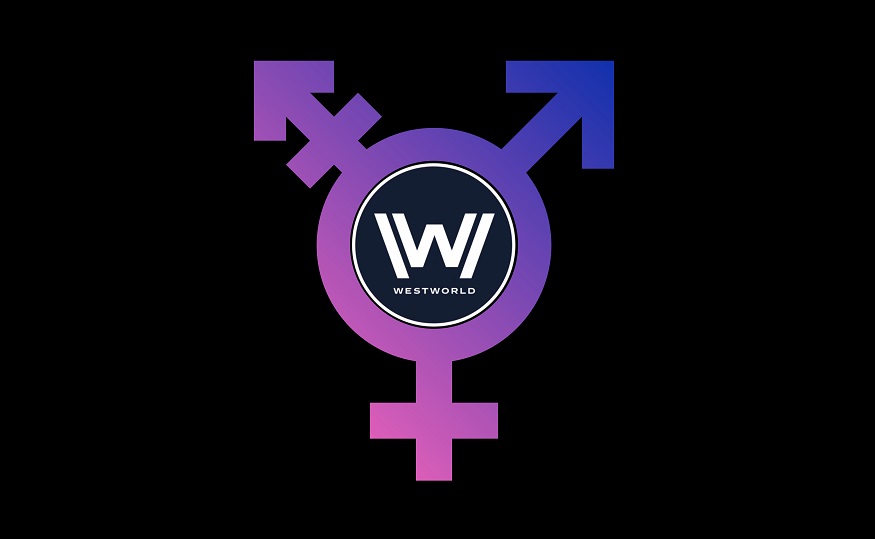 There’s a queer or marginalized narrative inherent in Westworld on the most basic level, as there is with almost any science fiction or fantasy product that contains an “Us versus Them” storyline. Viewers looking at security chief Stubbs’ underlying fear of the park’s AI “hosts” can easily swap the relationship out for the Peacekeepers and District 12, or for more real-life examples like prison guards and inmates, police officers and people of color, or the NYPD at Stonewall. But there’s so much subtext in Westworld that we have to add one more power struggle to the list: that between transgender people and systemic transphobia.

This dynamic is set from the first episode; men like Stubbs look at the hosts and see an enemy. The fact that there is fan speculation that the security guards themselves are hosts doesn’t negate the adversarial, authoritarian nature of their relationship. The fact that the Westworld authorities can (and often do) deal with outliers among the hosts by lobotomizing them and sticking them away in a forgotten basement doesn’t hurt either.

Then of course we have Dolores, Evan Rachel Wood’s protagonist, who has seen her personal loop end in violence repeatedly before overriding her own programming to fire a pistol and change her own narrative. When she continues to stand up for herself and deliver lines like “I imagined a story where I didn’t have to be the damsel,” you can almost picture Dolores slipping on a “This is What A Feminist Looks Like” t-shirt and sipping away from a mug of Male Tears. 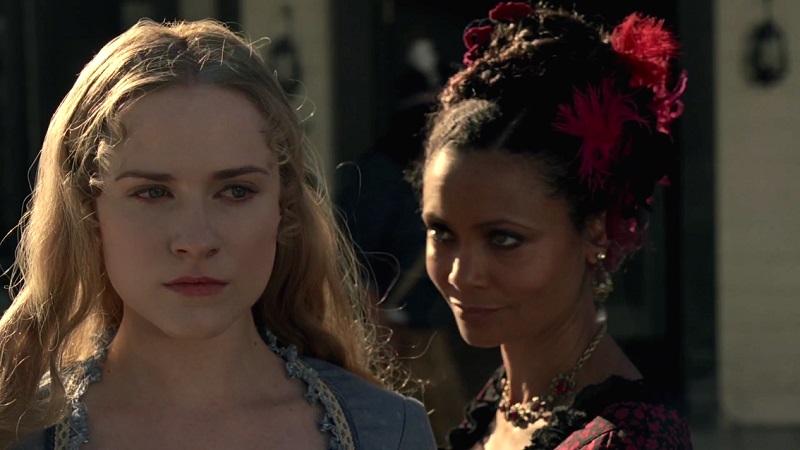 But if there’s a storyline that really hooks me in week after week, it’s that of Maeve, Thandie Newton’s madame-turned-self-aware host. For most of the season we’ve followed Dolores and Maeve through their own paths of discovery. The key differences between their journey are that Dolores, even once she begins to discover the truth of her existence, doesn’t want to escape Westworld, she simply wants to claim it for herself. This works as a metaphor for the struggle of trying to change the system from within it, a worldview I tend to ascribe to as well. But I feel like Maeve’s motivations are strikingly different, not in a way that contradicts what Dolores is looking for but rather as an entirely different metaphor. 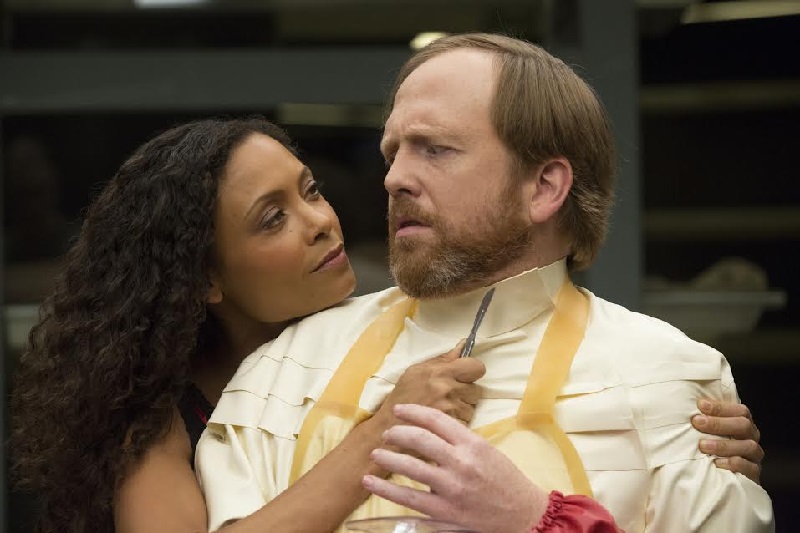 Maeve’s storyline has pushed so many of my trans analysis buttons via sci-fi metaphors that I’ve occasionally consulted Google just to make sure that the Wachowski sisters haven’t had a hand in the show at all. While Dolores has woken up to and rejected the notion that the world is not what she thought it was and that people like her are not in control, Maeve’s discovery is much more horrifying, and made only more chilling via Newton’s cold, calculated performance. Maeve hasn’t just realized her world is designed against her, she’s realized that her very body is part of it.

That her own flesh has betrayed her.

There are times in which Maeve’s story feels almost heavy-handed as a trans metaphor, especially the pair of doctors who are literal gatekeepers that Maeve must coerce into giving her the tools to regain control over her life by actually removing barriers to how her brain works (which, in the real world, is one of the less publicized but most valuable aspects of hormone replacement therapy). If that weren’t enough, the feeling of being trapped by one’s own body is literally true for Maeve, who learns of a self-destruction protocol that will engage if she tries to leave. For late transitioners especially, this feels like the damage that puberty can do to our body’s ability to respond to transitional treatment. 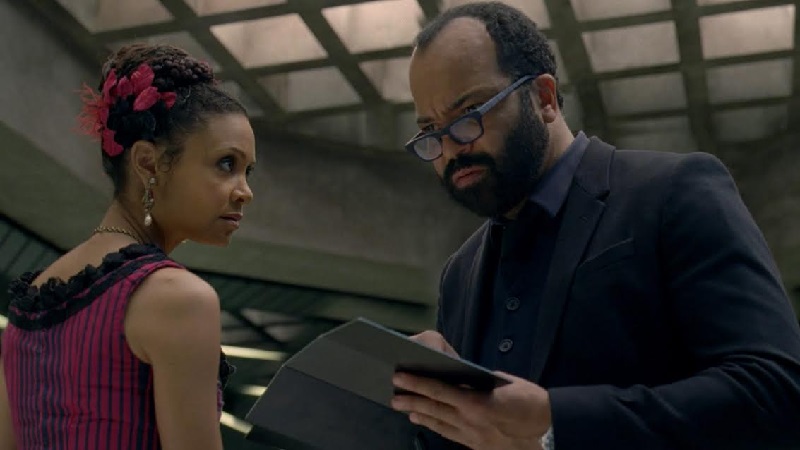 Where the show really hits its (I assume) unintended but perfect allegory, though, is in the psychology of its impact on Maeve. “It’s a difficult thing, realizing your entire life is some hideous fiction,” Maeve states to Jeffrey Wright’s Bernard in “The Well-Tempered Clavier,” upon revealing to him what the audience had already learned in the episode prior: that just like her, he is a host. Maeve slowly came to the same discovery over the course of the season, noting that the world around her is not quite right, noticing that among everyone she knew, only she seemed to be aware of what’s wrong.

The feeling of realizing that despite what everyone else is saying to you, you know in your heart that the way that you actually perceive the world is, in fact, real is a fairly universal experience among transgender or gender nonconforming people. Seeing the way both Maeve and Bernard react, in varying levels of bargaining or denial, of seizing control or of giving up entirely, has felt very visceral, almost painful at times.

Both characters have a similar painful memory in their past, although they’re the polar opposites of each other. Bernard has memories of a dying son he never had, a fake traumatic memory programmed into his backstory as his cornerstone to build his personality around. Maeve has the very real memory of a previous life, of a daughter who was brutally murdered by The Man in Black. Where Bernard’s memory was falsely implanted, Maeve’s memory has been erased, and yet stubbornly holds on. Both, however, read like one of the most accurate media depictions of how gender dysphoria feels that I’ve ever seen.

Dysphoria for me has always felt like the painful grief for a life that one was supposed to have but didn’t. Of lost memories or experiences, memories of childhood toys you didn’t play with or school dances you both went to and didn’t. Bernard’s trauma is a narrative forced upon him; Maeve’s is one taken from her, both of which reflect the idea of a stolen, lost life. A life that should be but isn’t.

A Los Angeles resident with deep midwestern roots, the dark yet silly comedy of Riley Silverman has been seen on MTV’s Acting Out, Comedy Central’s Not Safe with Nikki Glaser, and a multi-year run at Portland’s All Jane comedy festival. Her debut comedy album, Intimate Apparel, was a #1 best seller on Amazon. Riley was named the #FashionTruth girl for April 2015 by ModCloth as part of their customer beauty campaign, and she was also listed as one of 10 Women Comedians Who Smash the Patriarchy by The Culture Trip.