Or maybe it is I who is the wolf

Much like a rookie cop on his first day working in a, surprise, zombie-infested city, forest ranger Finn is not having a good day at the office.

The first sign of trouble for me as a Black woman who knows better than to show my face in a horror movie is that our new ranger is Black. In a small town. With, um, questionable locals that he’s TOLD are, um, questionable. Granted, he’s also told that he’ll fit right in due to his academic quiz show level knowledge of snowshoes, but still, Finn needs to practice self-care and get as far away as he can from “neighbor who is overly attached to their pup.”

The second sign of trouble is the snow. Just. No one needs to live and work somewhere with an overabundance of snow, especially if your friend labels the weather as a strange town quirk.

Everything goes downhill from there. All of the generators are out. There’s a corpse under the porch. Someone in the group is probably a werewolf.

So on the surface Werewolves Within looks like your standard horror-comedy that pokes fun at the genre via somewhat self-aware characters. Our cast is trapped inside the local inn because the roads, as Finn says, “Are effed,” but they know to lock up, are completely armed (much to Finn’s surprise and my building sense of dread), and one of them is so done when the group whispers lycanthrope instead of just calling the damn thing a werewolf.

It’s here that I started to wonder when Finn would inevitably die, being the lone Black guy in a horror movie. Would he die first? Would he have the worst death? Is the town gonna sacrifice him to the leader of the pack?

To my surprise, the trailer takes a completely unexpected turn (unless if you played the video game this is based on). 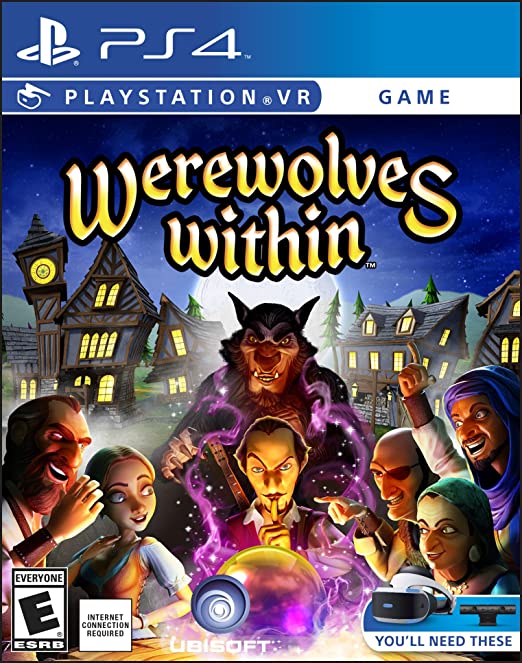 The group isn’t teaming up to fight a lycan—… sorry, werewolf.

The team is trying to figure out who among their group IS the werewolf.

Near the end of the trailer, characters start putting pieces together because it’s clear that the werewolf is inside the inn with them. But how would the ravenous good boy get inside if they had the place completely locked up? Borrowing from the classic horror trope of “character sounds like they’re speaking nonsense”, someone in the group mutters that maybe they are the werewolf.

Or maybe someone else is.

Accusations are aplenty, everyone wondering if the person they’re sitting next to is the bloodthirsty canine. It certainly doesn’t help that the group seems to be aware of the existence of werewolves. That combined with the beginning narrative about the town being strange makes me think that this is a place that’s very much aware that the local mechanic should be avoided on the night of a full moon.

Werewolves Within looks to be an, ahem, howling good time, as everyone works to stay alive while simultaneously pointing fingers at each other. Part horror, part who done it mystery, and all comedy, we’ll get to figure out who Finn and the others should steer clear of come June 25th.

Assuming, of course, there’s only one werewolf among them, there could very well be more.

Who do you think is the werewolf (or wolves) among the group? More importantly, what are your telltale signs of “I shouldn’t stay in this town it’s clearly out to get me”?