Were There Ever Real Amazons? 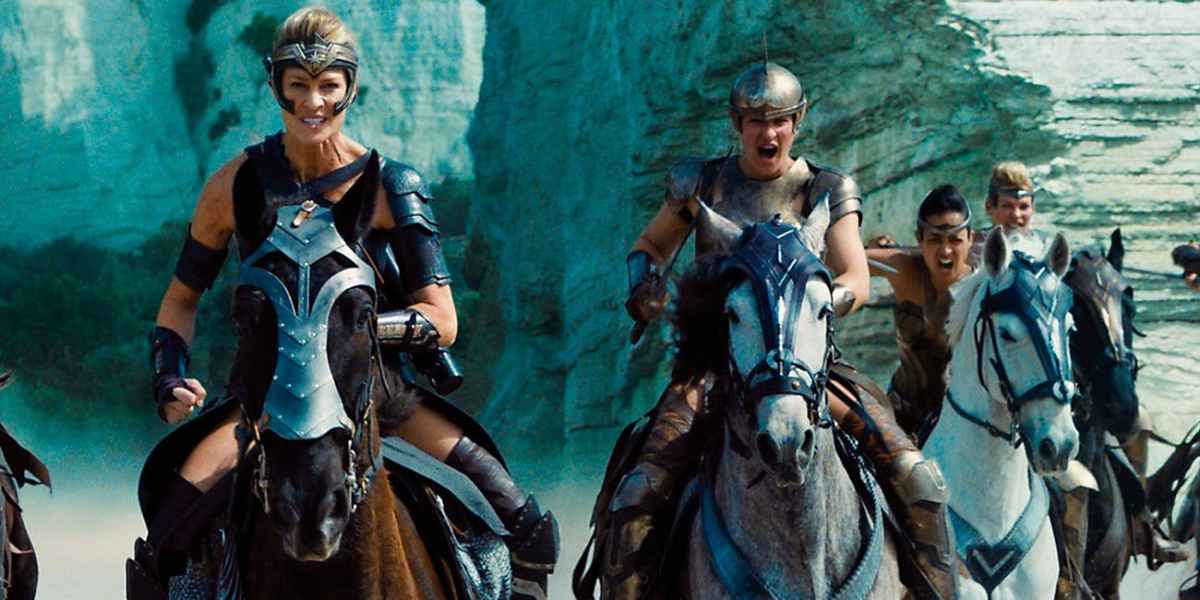 Happy Wonder Woman day! When we celebrate this legendary superhero and the most famous Amazon who has nothing to do with Jeff Bezos, it’s worth looking at some of the mythology that inspired Wonder Woman, namely: the Amazons. This tribe of warrior women who needed no men sounds like heaven to some of us, but did any Amazons actually exist? They first appeared in Greek myth fighting in the Trojan War and archeologists have found Troy. So … were the Amazons real?

First off, the mythology. What we get in the original Greek myths is, surprise surprise, not very close to the Amazons we saw on screen in Patty Jenkins Wonder Woman (where they were created by Zeus) or in the comics where they were created or blessed by other gods like Aphrodite or even Athena (the most fitting patron out of these three). The Amazons of Greek legend weren’t specifically “created” by anyone because they were just … normal humans.

In the Greek myths, the Amazons weren’t super-beings created by the gods, they were just women that didn’t want to live under the rule of men and formed their own society and tribes of warriors. They’d only use men once a year when they’d hop over to pay a conjugal visit for reproductive purposes only. Some origins call them daughters of Ares, the God of War, but being descended from a god was pretty common in those days, and it’s different from being created.

Myths and the history of the time do place them mainly in Themyscira, which, if it existed, was somewhere near the Black sea in modern-day Ukraine or Turkey and probably wasn’t an island.  This makes sense because just from their appearances in  Greek stories we know that the Amazons were not Greeks themselves. They were distant Others, considered to be terrifying and wild. Their first appearance on the record was a mention in Homer’s Illiad, fighting in the Trojan War on the side of Troy, Greece’s enemy. In other stories and theories, the Amazons are associated with other sites in Asia Minor, like Ephesus, which is famous for its temple to Artemis, a virgin Goddess of the Moon often connected to the Amazons. But these women were, if anything, scholars thought for years, mythic creatures as implausible as centaurs and hydras.

But myths of Amazons persisted. In myth, the Amazons were fierce and sometimes cursed due to their flouting of natural laws. Penthesilea was cursed by Aphrodite to be raped by any man she met that knew her as a woman, so she dressed as a man. She’s often called an Amazon queen and led her warriors in battle against the Greeks on behalf of Troy, but she was killed by Achilles. In the Aethiopis, another record of the Trojan war separate from the Illiad, her curse persists after death and … it gets very awful and gross, like many Greek myths tend to do.

Other Greek heroes fought Amazons, like Heracles and Jason, Heracles most notably winning the girdle of Hippolyta. Amazons in some stories were said to have burnt or cut off their right breasts to better be able to use bows. One theory for the very word “Amazon” is that is it derived from “a” without and “mazoi” or “mazos” meaning breasts. Some theorize this all happened the other way around and the Greeks thought the Amazons had no breasts or had removed them because they misunderstood the word.

For centuries scholars (all male) debated on if there was any truth to the legends, and if there might indeed have been a tribe of warrior women who the Greeks encountered at some point in antiquity. In later centuries the Amazons moved onto the Greek mainland, in the legend at least, and were part of the founding of Athens, or at least their defeat by King Theseus was. Amazons pop up all over in this period but usually, they are still depicted as dangerous Others, sometimes even associated with the Greek’s other big enemy to the east, Persia.

The presence of Amazons specifically in the history of Athens meant that Herodotus, the “father of history,” felt obligated to mention the Amazons in his histories. Herodotus mentions an encounter between the Amazons and the Scythians, and how their societies came together to form a new one, the Sarmatians

And this is where we find the “real” Amazons, centuries later. In the 1990s, excavations took place at Pokrovka, a far distant part of Russia, part of the southern Ural Steppes and close to the Kazak border. That area was part of what was known in the ancient era as … Scythia. These sites may have hosted Sarmatian graves. According to Smithsonian magazine, this what was found:

There, they found over 150 graves belonging to the Sauromatians and their descendants, the Sarmatians. Among the burials of “ordinary women,” the researchers uncovered evidence of women who were anything but ordinary. There were graves of warrior women who had been buried with their weapons. One young female, bowlegged from constant riding, lay with an iron dagger on her left side and a quiver containing 40 bronze-tipped arrows on her right. The skeleton of another female still had a bent arrowhead embedded in the cavity. Nor was it merely the presence of wounds and daggers that amazed the archaeologists. On average, the weapon-bearing females measured 5 feet 6 inches, making them preternaturally tall for their time.

It’s entirely possible that the mythological Amazons were based on Scythian or Samaritan tribes where women were warriors and celebrated as such. And that means that, unlike a lot of the other “history” in Herodotus, we can actually look to him for some clues about these Amazons. His Amazons drank fermented mares milk and enjoyed cannabis smoke, so it sounds like they knew how to have a good time at least.

But of course, these weren’t the only warrior women in myth. Outside of Greek myth, there are countless tales of warrior goddesses and women who took up arms, like Hua Mulan in China, or the Morrigan in Ireland. And in the modern era, when Europeans have encountered powerful women (or rivers) they have called them Amazons.

One such group was the Dahomey Amazons, recently portrayed in Lovecraft Country. These fierce female troops were an inspiration for a different comic book, the Dora Milaje, and were the first to serve as regular combat troops in any army, and served their King in various wars with both European and neighboring African nations for centuries, with the last of them dying toward the end of the twentieth century.

All throughout history, women have fought fiercely and led their tribes and people, but so often those stories get lost or relegated to myths. But it’s also in those myths and stories that we can find inspiration to continue our own battles, from Ancient Amazon Queens to the warrior women of Dahomey, to Gal Gadot and Lynda Carter showing us that an Amazon woman can be one of the greatest heroes of all time. Real or not, these Amazons are true legends.