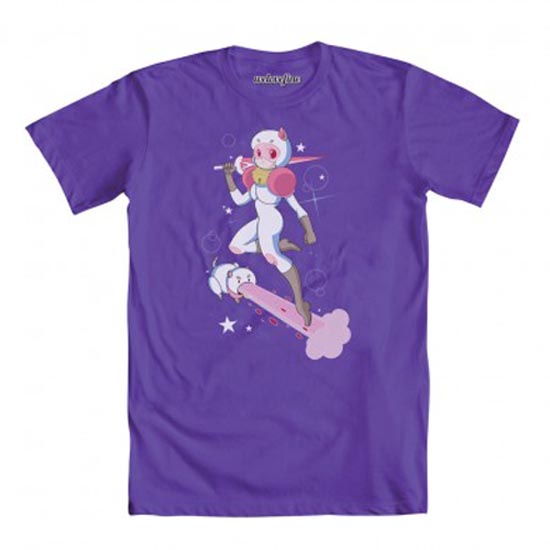 WeLoveFine.com just revealed a bunch of new t-shirts in their shop, including this fabulous Bee & PuppyCat design based on Natasha Allegri’s Cartoon Hangover short. It’s $25 and comes in blue, purple, and black. And now that you know it exists, you can ask WeLoveFine for a women’s cut! Be sure to check out the rest of their Bee & PuppyCat merchandise as well.