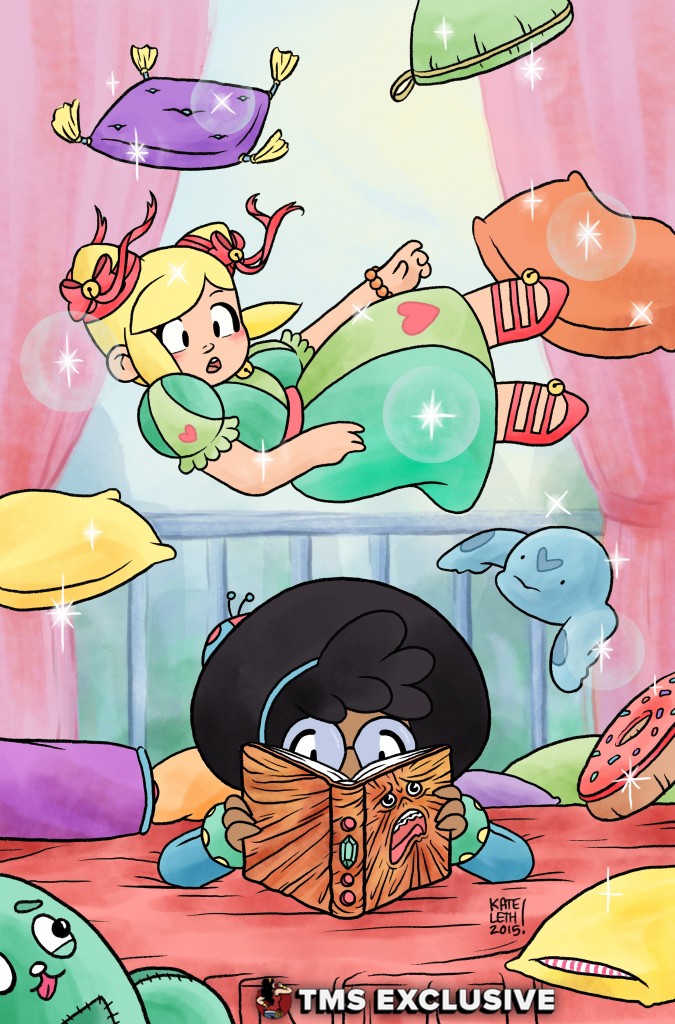 Ian McGinty, former artist for the Bravest Warriors comic book, will make his creator-owned debut with Z2 Comics on Welcome to Showside; this exclusive cover for “The Third Eye,” illustrated by Kate Leth, will adorn the first issue in the series. Here’s how McGinty describes the story:

Kit is a fun-loving dude who wishes he didn’t have a care in the world. But as much as he wants to skateboard, eat rad food, and hang with his buds like any kid would, well, his father is the Shadow King, Ruler of the Nexus, and that means sometimes Kit and his friends have to defend the town of Showside from ghosts, demons and monsters.

As for Kit’s friends, they’re a sorceress-in-training named Moon and a Southern demon-hunter named Belle.

In addition to debuting this comic, McGinty has also begun production on an animated TV pilot for Welcome to Showside, for which he’ll serve as both showrunner and the lead voice actor.