Maybe All Star Wars All the Time for a month is rotting my brain? 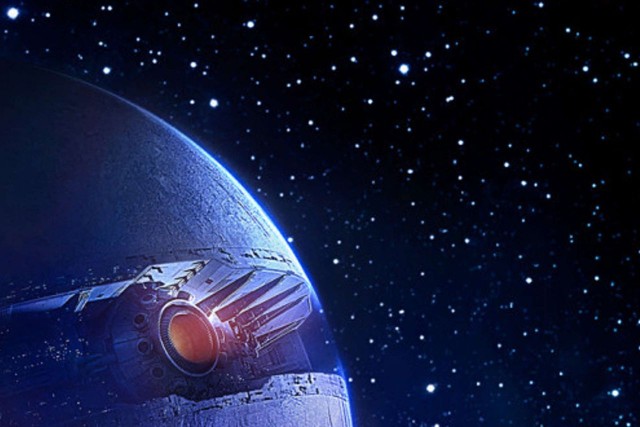 Remember that star that had an exceptionally weird dimming pattern, to the point where no one could say it definitely wasn’t caused by giant alien spaceships (though still probably not)? It gets weirder: an overall dimming trend for the star over the long-term makes one of the possible natural explanations for its quicker dimming spells look unlikely.

To be fair, according to the astronomer who noticed it, it also makes the “aliens” explanation kind of unlikely, but we’ll let him slide on that one. That’s Bradley Schaefer of Louisiana State University, who took all the available data on the star, KIC 8462852 or “Tabby’s star,” had exhibited any long-term oddities in addition to its erratic short-term dimming pattern. Using data from photographic plates dating back to 1890, Schaefer concluded that the star had dimmed by about twenty percent from 1890 to 1989.

That’s a lot for a star to dim in 100 years, and Schaefer believes it makes a swarm of comets—one of the potential, less alien-based theories for why the star is weird—an unlikely explanation for the star’s strange behavior. To make up for that change in brightness, Schaefer argues in his (not yet peer reviewed) paper, approximately “648,000 giant comets (each with 200 km diameter) all orchestrated to pass in front of the star within the last century” would have been needed. Of course, the long-term and short-term causes for strange readings from the star could be different, but his work casts doubts on comets as a comprehensive explanation for its oddball nature.

So … it’s Starkiller Base, right? It’s draining the energy from the star in order to destroy the rebels/provide a background plot for the evolution of the new Star Wars cast? Probably not, thinks Schaefer. New Scientist reports that he said, “The alien-megastructure idea runs wrong with my new observations,” as he doesn’t think even an advanced civilization could cause that much change in a star over just 100 years, and the star’s infrared signature doesn’t seem to show any nifty alien tech absorbing any energy.

Too bad. On the other hand, when nothing works as a sensible explanation, we’re probably in for some pretty interesting science when we finally figure out what’s going on. Stay weird, KIC 8462852.

(via New Scientist, image via Disney/Lucasfilm)