We Can’t Forget Breonna Taylor, Whose Killers Have Still Faced No Consequences

And so many others. 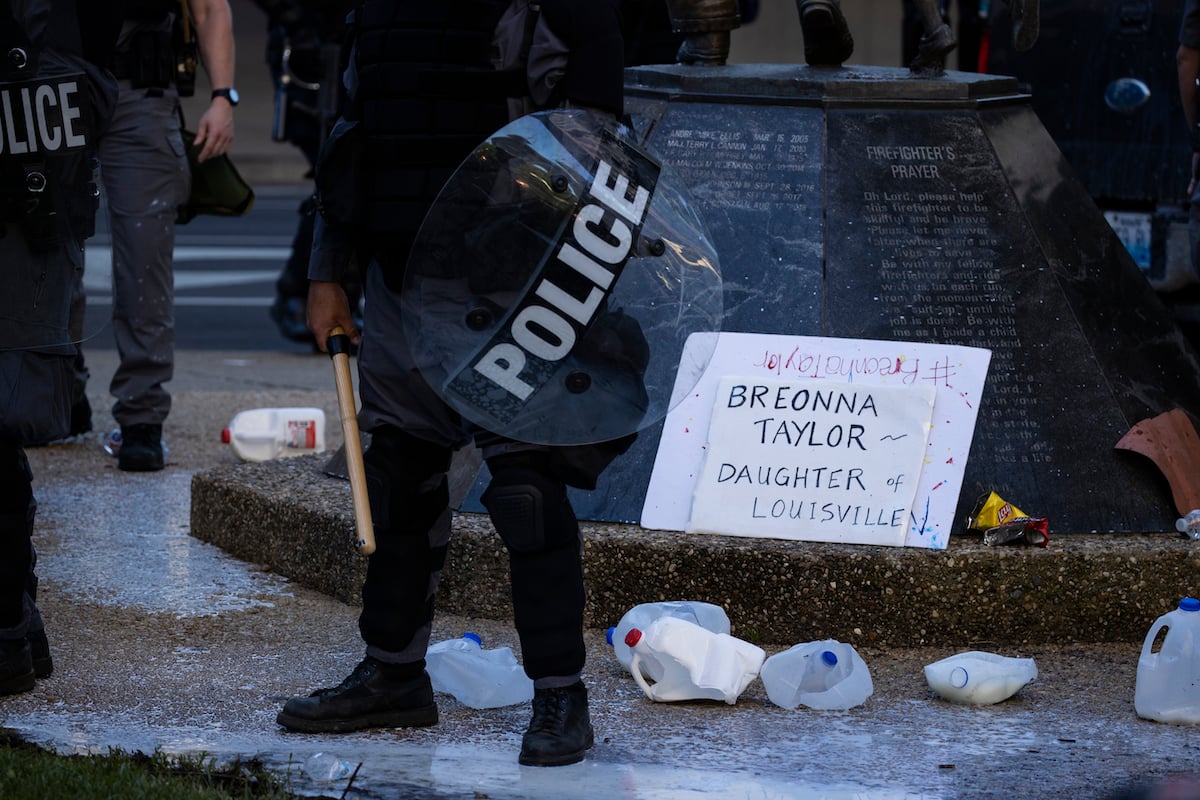 On Wednesday, the remaining three police officers involved in the killing of Geroge Floyd were issued charges in Floyd’s death, and the first officer arrested, Derek Chauvin, who knelt on Floyd’s neck until he asphyxiated, saw his charge upgraded from third-degree murder to second. That’s a victory on its own, but there’s more work to be done, both in stopping police violence and in the case of others like Breonna Taylor.

Floyd’s death has sparked outrage worldwide, prompting protests across the United States and even abroad, as well as an outpouring of support for his family. Floyd’s official memorial fund has raised more than $12.5 million. Confederate and otherwise racist monuments have been removed from cities around the country. In Los Angeles, where 54% of the city’s budget was set to be allocated to the police, that plan is being reversed.

can’t emphasize this hard enough: voting did not do this, mass protesting did https://t.co/oLTa4Gxfz0

All of this is exactly what should be happening. We should all be this level of outraged over the brutal killing of an unarmed Black man at the hands of the very people who are ostensibly, in theory, supposed to be our protectors. (Or at least not our killers.)

Unfortunately, this level of response is rare. Of all the Black people whose murders have made headlines, and the countless more we never hear about, very few have had an impact this deep and widespread. Floyd’s death has become a catalyst for expressing rage not just over his murder, but the innumerable state-sanctioned murders and injustices Black people have experienced in America for centuries. But he is not just a symbol of injustice; he was a very real victim of it, as were so many others killed by the police.

So, as we demand justice for George Floyd, we cannot forget the others–starting with Breonna Taylor, an ER technician who was killed in her home in Louisville, Kentucky on March 13th. More than two months later, the officers responsible for her death still have not been charged or even fired. Tomorrow would have been her 27th birthday.

In the day since that tweet was posted, Taylor’s GoFundMe has jumped from $145,000 to nearly $2 million, which is incredible. It’s also just a start. In recent days, the FBI has announced an inquiry into Taylor’s death, and Kentucky’s governor has called for a review of the case. Those things do not happen without immense public pressure.

When’s that arrest coming for Breonna Taylor’s killers, though?

The officers who murdered Breonna Taylor nearly three months ago still have not been charged. We can’t forget about Black women in our quest for justice.

We’re not backing down, #BreonnaTaylor deserves justice. The officers who murdered her still have not been charged.

Now more than ever we must keep up the pressure and demand @louisvillemayor act now.

Dial 844-298-2731 to demand these officers are charged and fired!#SayHerName pic.twitter.com/oE3aBEKLzD

–@battymamzelle organized a virtual birthday party for #BreonnaTaylor on Friday, her birthday. Here are some actions items for #BirthdayForBreonna to complete ahead of her rememberance. https://t.co/AgZI10qwe6 Thank you, @battymamzelle, for this work! ✨ pic.twitter.com/z61iQs3GNp

If you’d like to add your name to those calling for justice in Taylor’s murder, you can donate here, sign a petition here, and use this pre-formed email link:

Here’s a template to use to demand #JusticeforBreonnaTaylor. It’s pre-filled! https://t.co/6UdWsmt1Wn