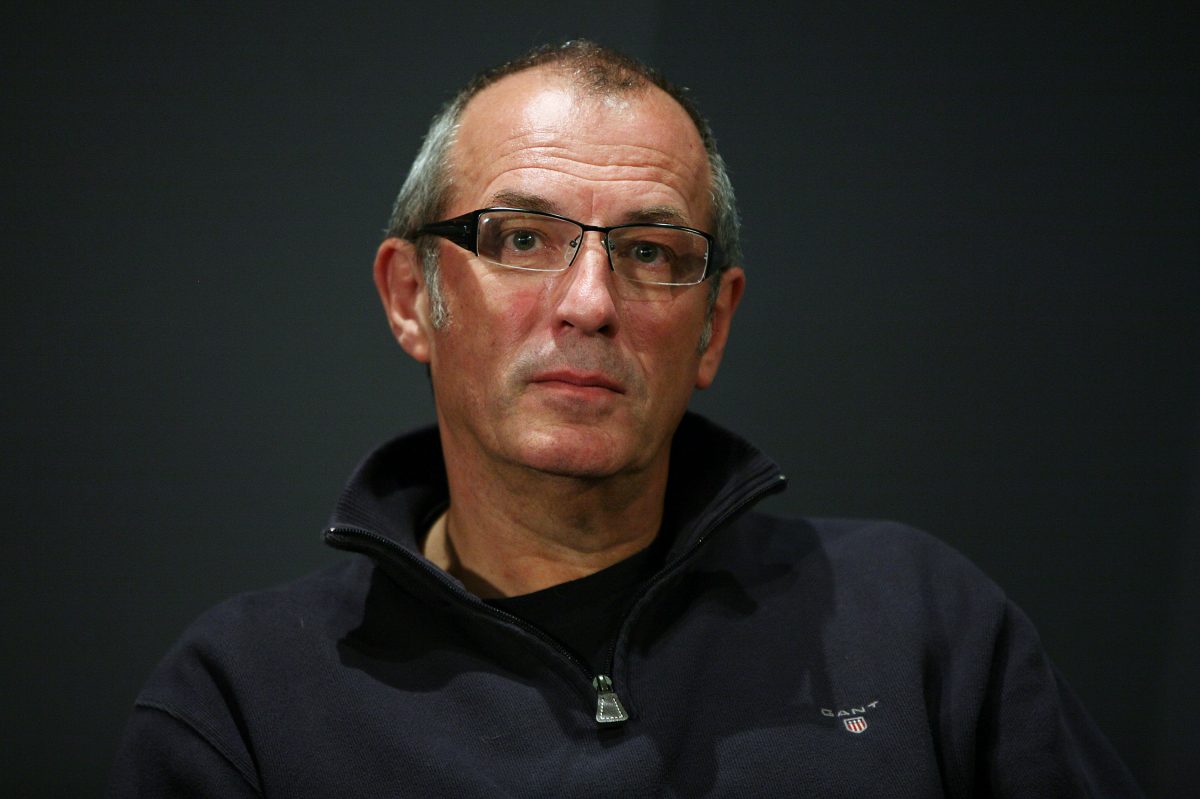 In an interview with Entertainment Weekly, Watchmen artist Dave Gibbons discussed the legacy of the iconic series and the upcoming HBO adaptation. The groundbreaking 1988 miniseries is still considered to be a part of comics canon, while aspects of the series (i.e. its treatment of women) feel very out of date. Upon its release in 1988, the series swept the first annual Harvey awards, and now in a full circle moment, Gibbons will be inducted into the Harvey Fall of Fame.

When asked about the upcoming HBO series from Damon Lindelof (Lost, The Leftovers), Gibbons said:

“I do know a little about it. I’ve had conversations with Damon, and I’ve read the screenplay for the pilot. I don’t think it’s my place to say too much about it, other than I found Damon’s approach to be really refreshing and exciting and unexpected. I don’t think it’s gonna be what people think it’s going to be. It certainly wasn’t what I imagined it to be. I think it’s extremely fresh. I’m really looking forward to seeing it on the screen.

I’ve been resistant to the comic book prequels and sequels, but what Damon’s doing is not that at all, it’s very far away from that. While it’s very reverential and true to the source material (by which I mean the Watchmen graphic novel that Alan and I did), it’s not retreading the same ground, it’s not a reinterpretation of it. It approaches it in a completely unexpected way.”

The series, described as a spiritual successor to the book, is set after the events of the original Watchmen, but is not necessarily a sequel. Leave it to the guy behind Lost to give us the most vague and confusing description, am I right? The series features an all-star cast that includes Regina King, Jeremy Irons, Don Johnson, Tim Blake Nelson, Louis Gossett Jr., and more.

Gibbons also discussed the legacy of Watchmen, from its postmodern influence to its legacy of dark, nihilistic “adult” comics.

“If it worked to the detriment of comics at all, it might be the “grim and gritty” approach was taken by other people in the business to mean “ah this is how you must make comics.” So there was a decade of grim, gritty, and nihilistic comics, which wasn’t what we intended at all. In fact, if we’d done anything after Watchmen, we would have done something like Shazam, something with a lighter, more humorous fable feeling to it rather than something dark and grim. I do apologize to the comic-reading public for all that misery.”

It’s been 30 years since Watchmen entered the cultural lexicon. How do you think it’s held up? Are you excited for the HBO series?