He hasn't had the best week. 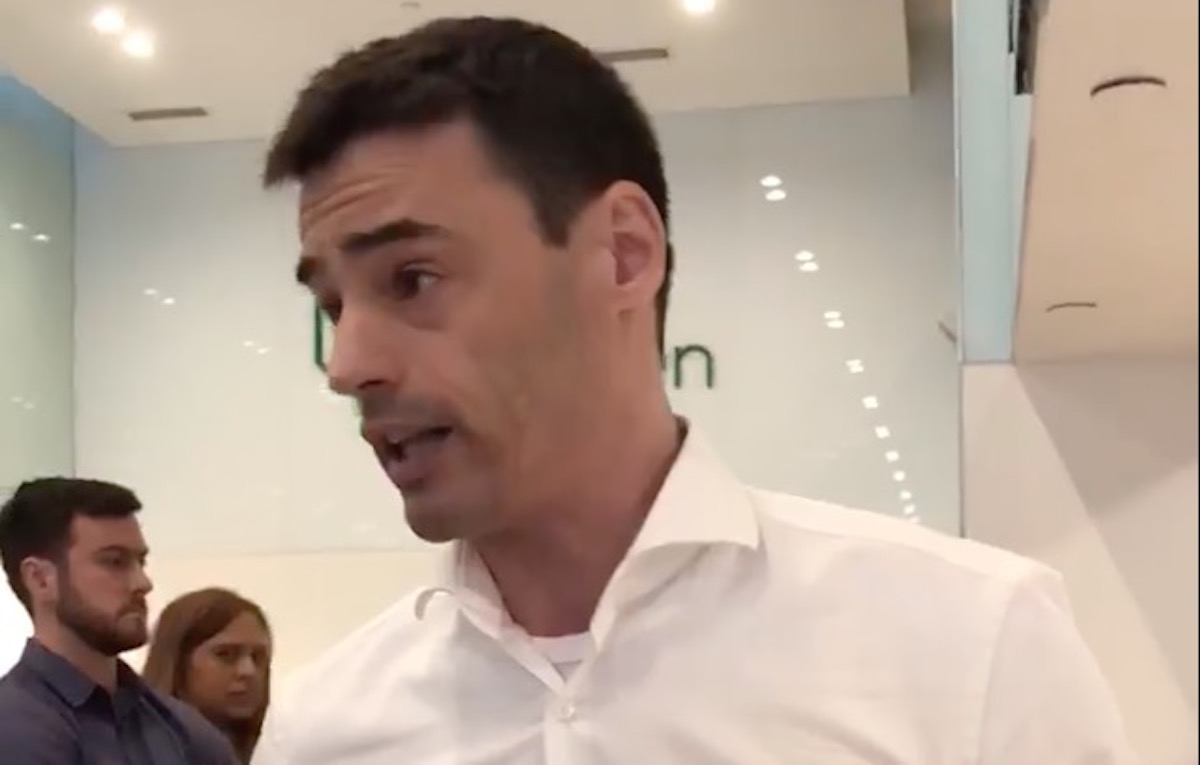 Earlier this week, a racist dudebro accosted the customers and staff of a Fresh Kitchen restaurant in midtown Manhattan for daring to speak Spanish in his presence. He was apparently offended by having the language penetrate his earholes because “this is America,” which I guess he’s forgotten has always been a polylingual, immigrant-based country. This guy also made the Fox News logic jump from hearing Spanish to assuming those speaking are undocumented immigrants. The ignorance and entitlement and just plain unabashed racism on display in this one interaction are staggering.

So what’s been going on with this guy in the days since a video of his rant went mega-viral? Well, turns out he hasn’t had the best week.

Thanks to the internet, he was quickly identified as Aaron Schlossberg, a New York lawyer. Other New Yorkers recognized him and began to post their own stories and videos of encounters they’d had with him, as this unsurprisingly turned out to be far from his only public racist rant.

This is the unedited video from October of 2016 of Manhattan Attorney Aaron Schlossberg assaulting, then calling a complete stranger “an ugly fucking foreigner” on the sidewalk on 5th Avenue.

The man he’s talking to, @morewillie, is a white man from Massachusetts.

They’ve also been recognizing him in older footage.

Schlossberg has been booted from the office/co-work space where he operated his business. One of the building’s security guards reportedly said that if Schlossberg tries to enter the building, “I’ll throw my shoes at him.”

Physical location isn’t the only issues this dude is having with his business–which, by the way, operates in Spanish (and French) as well as English, according to Schlossberg’s official website. His Yelp page is currently undergoing “active cleanup” after the ratings were tanked. His Google business page has seen some, uh, changes.

How do u say “I’m dead” in Spanish ? pic.twitter.com/zCqu2UuN2O

Now, New York Congressman Adriano Espaillat and Bronx Borough President Ruben Diaz Jr. have filed a formal complaint, asking that a disciplinary committee officially looks into Schlossberg’s behavior on the grounds that this level of racism is in direct conflict with his job as a lawyer.

New York congressman @RepEspaillat has filed a formal complaint against attorney Aaron Schlossberg with the disciplinary committee of the NY State Unified Court System for his “insulting attack” against people speaking in Spanish at a Manhattan restaurant caught on video pic.twitter.com/F965wL74lT

.@RepEspaillat says that Schlossberg has engaged in pattern of misconduct and has violated the code of ethics that governs attorneys as officers of the court. He hopes the committee will take appropriate disciplinary actions that could include probation or suspension of license

.@ASchlossbergLaw should have his law licensed reviewed, and possibly revoked. This racist incident makes it crystal clear that he is not suited to practice law in our state. https://t.co/gVzWvK4Srz

Oddly, for his part, Schlossberg doesn’t seem to like the attention he’s been getting. For someone who felt so strongly about his views that he would accost strangers and force them to listen to him, you might think he would use his newfound fame to share those views with his new audience. But no. Instead, we just see him running from reporters.

That’s the thing about bigots. They’re all self-absorbed cowards.

And also running from more reporters.

The lawyer who threatened to call immigration enforcement on workers at a Manhattan cafe earlier this week sprinted away from an NBC News reporter earlier today https://t.co/BCsW1WSWDG pic.twitter.com/rb5A6XZBXF

Weird, no? If you want to cheer Schlossberg up after this rough week he’s had and you happen to be in the New York area tonight, there’s a big Latin-themed party planned in his honor. It was scheduled to take place at his office but, you know, that whole getting-booted-for-being-a-super-racist thing happened. So they’ve moved it to outside of his apartment. ¡Que te diviértas, Schlossberg!