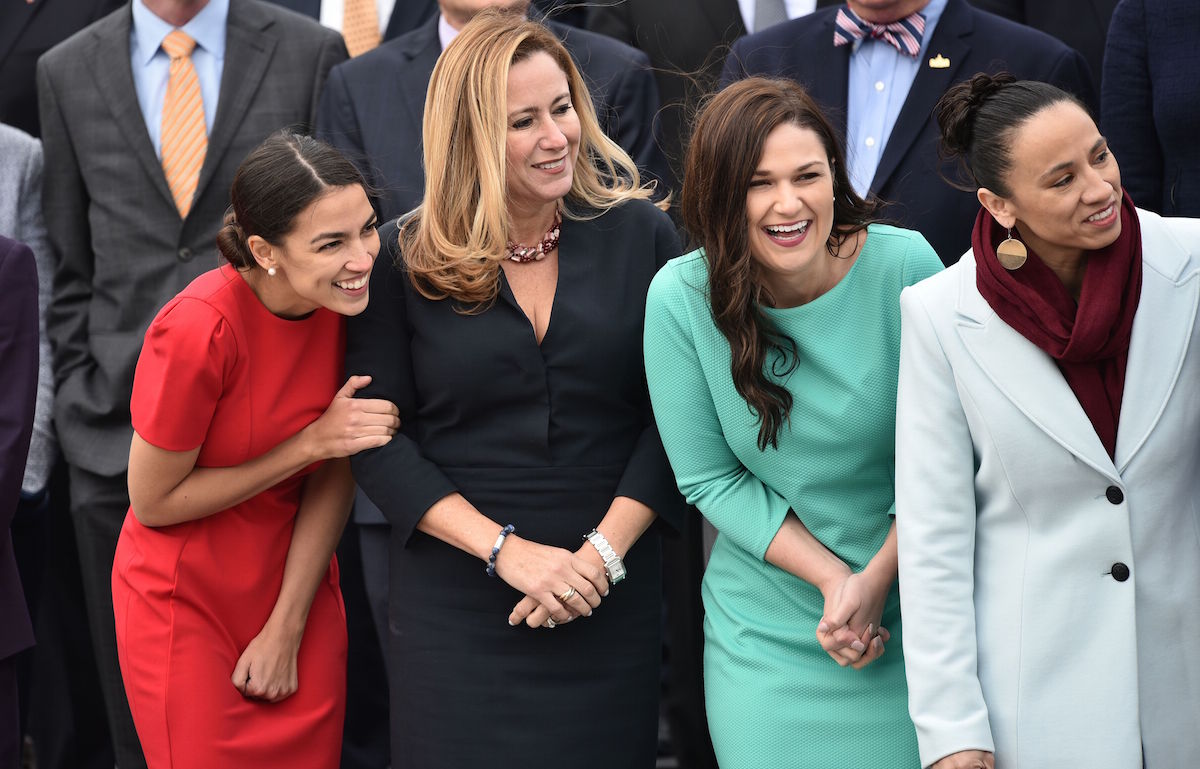 It’s Freshman Orientation Week in Congress, and a lot of Democrats and other progressives are feeling the excitement over the new class of Representatives entering Washington. Laura Ingraham and others at Fox News, on the other hand, are turning to their usual blend of sexism and racism, with a dash of ageism thrown in, to mock what they’re calling the “Democratic insurrection.”

In a recent segment, Ingraham—who has frequently used her airtime to promote nationalism and spew racist, xenophobic anti-immigration ideologies—mocked these new members of Congress, specifically focusing on Alexandria Ocasio-Cortez, Ayanna Pressley, Ilhan Omar, and Rashida Tlaib. Although the best tactic she could come up with seems to just be reading the women’s own words verbatim, followed by an eye-roll and a sarcastic “okay.”

Once again, Fox News’ condemnation of these progressive Congresswomen-elect is the best ad in their favor.

Oh no! They discovered our vast conspiracy to take care of children and save the planet 😂 pic.twitter.com/XYWXmi3Xyk

Ingraham diminished these women’s importance by calling them “gals” and mocking their Instagram posts, among other things, while also saying that they’re going to undermine the entire Democratic Party. At one point, she called them the “four horsewomen of the apocalypse.”

Check out these scary “gals.”

“There are dark, pink clouds gathering on the horizon,” she said ominously while showing a picture of a rather nice-looking sunset.

As for Ayanna Pressley, Massachusetts’ first black female Congressional rep, Ingraham went as far as to dub her “a leftist on the warpath against white men,” which is a weird turn, because most of the segment is about how these women are coming for Nancy Pelosi.

In making fun of these new young representatives, Ingraham concern-trolled Pelosi, saying how hard it’s going to be for her to govern if she’s reinstated as Speaker of the House. Ingraham also concern-trolled Ocasio Cortez’s decision to stop by a protest happening in Pelosi’s office, where about 200 protestors from the youth activist group Sunrise Movement were demanding a green energy initiative.

“Someone should tell her that if she wants to be taken seriously, even as the youngest member of the House, protesting outside the Speaker’s office isn’t a genius move,” Ingraham said, as if she cares one bit about how seriously Ocasio-Cortez is taken.

Her actual words might not make a lot of sense, but the ultimate message got across: Ingraham wants to present the image of discord and disarray among House Democrats, and obviously there will be disagreements—this is Washington, and a whole new cadre of elected officials are about to shake up an established dynamic—but Laura Ingraham is trying to paint a picture that doesn’t exist.

How hard is she struggling to do that? Well, she’s using quotes from “The New York Times Online,” which turn out to be from the Times’ comments section. (Seriously.) 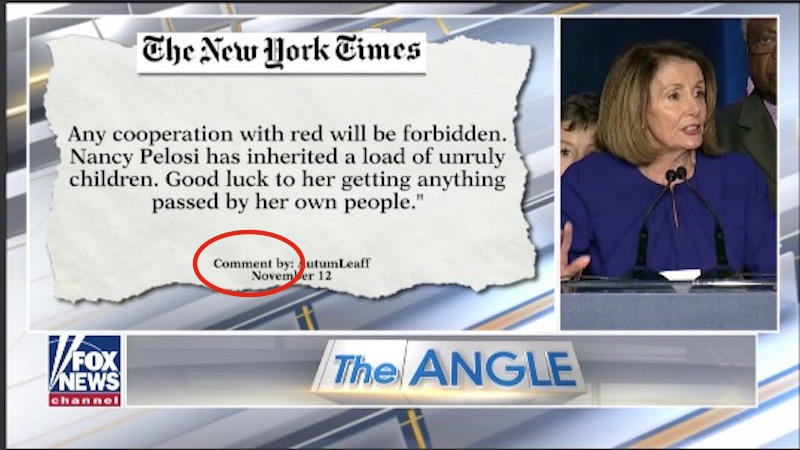 Ingraham described Ocasio-Cortez as basically the organizer of this protest, leading the charge to bring down Pelosi and then running away before arrests were made, leaving her supporters to suffer.

In reality, Ocasio-Cortez is a Congressional Representative who accepted an invitation to speak to some protestors. And if you listen to her actual words to those young people and to reporters, she made it very clear that she supports “Leader Pelosi” and encouraged them to view their protest as an act of encouragement, as Nancy Pelosi is already making green environmental initiatives a priority.

It’s funny, because there are Democrats criticizing Pelosi, loudly, but Alexandria Ocasio-Cortez isn’t one of them.

This is not good news.

They are fighting to take down @NancyPelosi.

Ocasio-Cortez isn’t mobilizing against Nancy Pelosi. She’s praising her effusively. Tim Ryan and Seth Moulton very much are, though. And yet donut twitter doesn’t seem nearly as upset about that as they do about Ocasio-Cortez. Wonder why that is.

So #fivewhiteguys are following the tactics of the right wing white guy Freedom Caucus to block a woman speaker after an election in which women saved the Democrats. Got it. https://t.co/9IBz59Ryo3

I guess that doesn’t support the “dark pink clouds” imagery, though.