Wander Over Yonder Is a Gift to Your Inner ’90s Kid

The OTHER amazing Disney cartoon with a stupid airing schedule.

Imagine: 30 Rock‘s Kenneth Parcell as an adorable, fuzzy lollipop alien, traveling the galaxy to help people alongside his grumbly best friend (think Amethyst with a side of Turanga Leela), never visiting the same planet twice, and constantly thwarting the fairly inept galactic conquest of a hulking, bratty skeleton overlord and his halfway-between-Spongebob-and-Ice-King right hand eyeball—all imagined through the lens of the guy behind The Powerpuff Girls and Foster’s Home for Imaginary Friends. With Disney’s animation budget behind it as a trade-off for the equally Disney diabolical airing schedule. That’s Wander Over Yonder, an absolute treat for any longtime fan of animation. 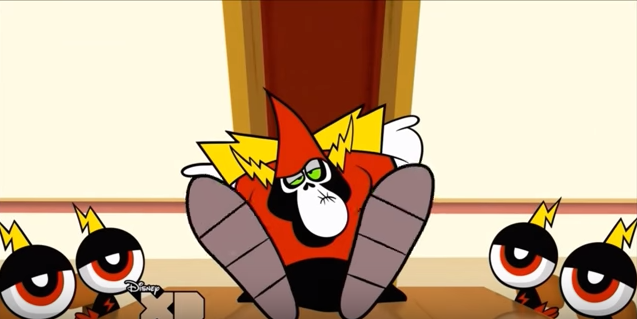 One of the side effects of modern animation’s current exploration of serialized narrative, visual storytelling, and often heady surrealism and gravitas (an exploration I’m all for, you may’ve noticed) is a corresponding backlash against silliness. I don’t mean a discarding of comedy – Gravity Falls, Steven Universe, and Adventure Time are all very funny shows – but there’s almost a sense of justification behind all of them. They all have a sense of grounding to them, and while magical or outlandish things might happen the casts are still bound by a consistent set of rules with corresponding consequences. They are, in their way, grounded.

It feels like the growing pains of a medium that’s always been treated as disposable trying to justify itself as art (and going about it with a lot more dignity than comics and videogames, as a general note). And it’s led to beautiful, wonderful art that I have been known to shout about loudly and with great joy. But cartoons are such an endlessly versatile thing, that it seems a shame to risk discarding part of their identity – or at least, to relegate some of its components to “disposable” cartoons (no one can deny, I think, that in nerd culture there are Cartoons We Talk About and The Rest of Them, and the divide is distinct indeed). 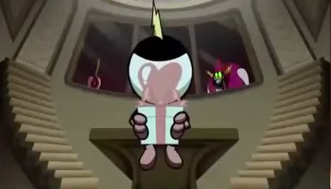 And then along came Wander Over Yonder with an Emmy nomination, a newfangled spot on the AV Club’s review roster, and not a single doubt that the show is a capital-C cartoon. It embraces old fashioned sound effects (slide whistles! Trombones!), goofy slapstick and at times the loosest sense of storytelling with earnest enthusiasm. I started this essay with more than a few references, and not just to give a sense of the juggernaut amount of talent going on behind the scenes (just for the record, ’90s kids will recognize Wander’s pal Sylvia, aka Apil Winchell, as Recess’s Miss Finster; Lord Hater VA Keith Ferguson previously popped up in creator Craig McCracken’s work as Bloo, not to mention guest star heavy hitters like Jennifer Hale and James Marsden).

The show as a whole often feels like a love letter to classic animation, taking up the baton from Animaniacs in terms of Warner Brothers homages and nodding all the way back to Fleischer and classic MGM (a show after my own heart, as someone who grew up on Tex Avery). There’s a sense in every frame of wanting to honor the cleverness and innovation of the old while mixing in elements of the new. “Dare to be stupid,” as McCracken himself homaged.

Its design mixes almost harsh color contrasts with thick lineart and loose animation that’s both sharply aware of how to creatively save costs and bust out the big guns for a truly spectacular showstopper chase or musical number. And such music! Folksy banjo tunes from Wander himself, played with such warmth by Jack McBrayer that I’m only sad I’ve not heard him sing before now; narrating-the-onscreen-action montage songs that are both on the nose and yet varied and light enough (the lyrics often take active attention to discern), and a few well-chosen leitmotifs for the central cast that serve the comedy as well as the heart.

As much as the classic animation nods and visual flair make the show stand out at a glance, it’s the show’s sentimental core that makes it worth staying for. Despite the amount of physical punishment an episode might give out, there are a set of bonds that the main cast values and is willing to fight for, which becomes the grounding element even when physical cause and effect go out the window. 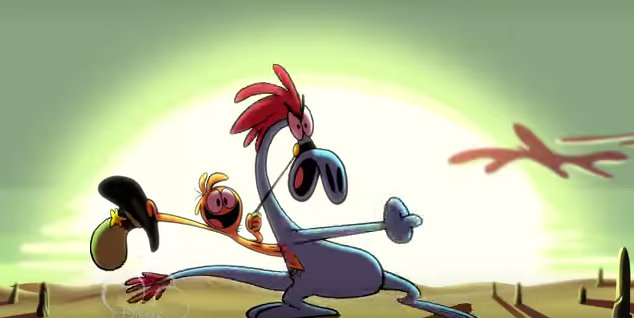 And core to it all is Wander himself, who at first glance is the typical naïve optimist heart a la Steven or Mabel. But that’s not quite true, and the distinction is part of what makes the show so refreshing: Wander is an adult, someone who’s seen the worst of the universe and is actively choosing to embrace hope, rather than a child whose big heart hasn’t been hurt yet; there’s a depth to him that the story touches on but allows to remain a touch “magical,” and enough flaws to keep his character from falling flat.

Perhaps most importantly, his Bugs Bunny-inspired hijinks lack the cruelty of some of his predecessors, forsaking the sense of karmic retribution (Hater particularly has been named as the “real” protagonist of the series, and he has his endearing little Team Rocket-esque victories) for an escape plan that lasts only until the pursuer is willing to slow down and make friends instead. There is something viscerally endearing about seeing that kind of knowing, zen positivity in an adult protagonist, and it sets Wander apart as something special.

The show has one completed season comprised of 39 episodes (mostly 11 minutes in length, excepting “The Little Guy”), and has currently aired seven episodes (one half hour, six 11 minute) of its second season. Said second season is split into four quarters each kicked off by a status quo changing half hour segment, and so far it’s been going from strength to strength. But if you’re thinking of jumping straight into the new material, let me give you some choice selections from the (episodic) first season to check out. For the sake of ease, and because all shows start out with growing pains, I’ve put them in airing order rather than trying to rank them (if you’re curious about the episodes I haven’t linked here, I’ve been livetweeting my way through the series). 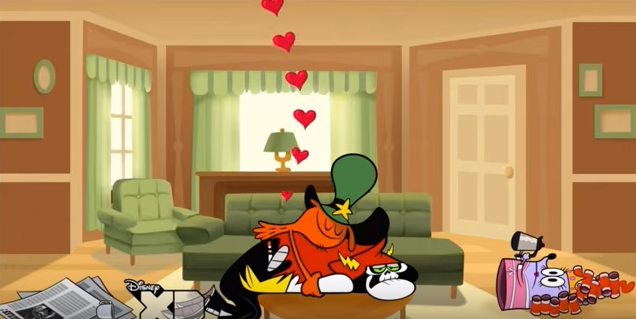 If you find yourself hooked, I’d recommend blowing straight through season 2 (speaking of, dear readers, would you be interested in following along with season 2 alongside yours truly?). As I said, there’s not been a bad episode yet. And it has Weird Al as an evil singing banana. What more could you want?

Vrai is a queer author and pop culture blogger; they never thought they shed tears over a fuzzy space spoon, but here we are. You can read more essays and find out about their fiction at Fashionable Tinfoil Accessories, support their work via Patreon or PayPal, or remind them of the existence of Tweets.