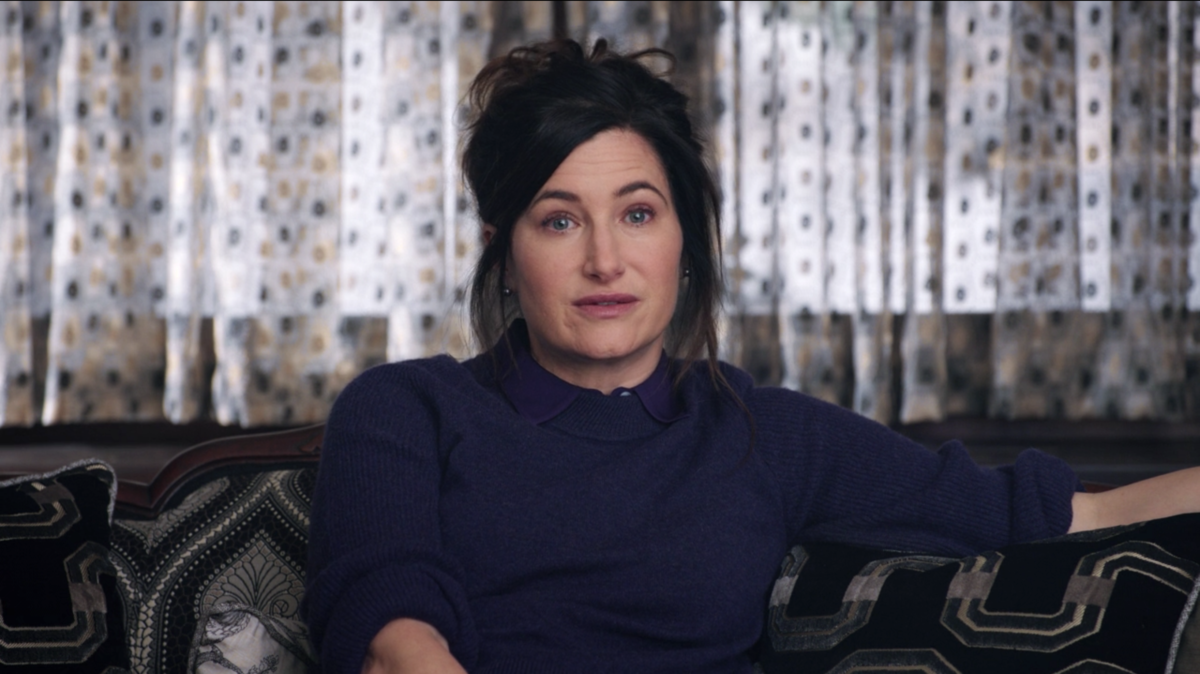 The seventh episode of WandaVision featured several big reveals, like Monica Rambeau’s newfound powers and Darcy explaining the MCU to Vision. But the biggest reveal was saved for last, as fans finally got confirmation of something they long suspected: Kathryn Hahn’s nosy neighbor Agnes was in fact Agatha Harkness, and she’s been pulling Wanda’s strings this entire time.

While it was no doubt a surprise to more casual viewers of the series, serious nerds have been speculating about Hahn’s identity since the first episode. But the biggest, most delightful surprise of all was “Agatha All Along”, a kicky theme song that explains what Agnes has been up to this entire time. The song, like the rest of the WandaVision theme songs, was written by Robert Lopez and Kristen Anderson-Lopez, the brilliant duo behind Avenue Q, Coco, and Frozen. And yes, that is Hahn singing and cackling in the song:

The catchy, goofy song has quickly captured the imagination of the internet, as has Hahn’s campy performance. Seriously, this song is ridiculously good and we can’t stop vibing to it. And we’re not alone. People cannot stop talking about the song, and setting it to every dance clip from the past few years.

Kathryn Hahn had made me feel infinitely more seen in the MCU than that one gay at the snap therapy session.

Literally can not stop listening to Agatha all Along, I believe in Kathryn Hahn supremacy 🌟 pic.twitter.com/PDmDg5LEQ1

#wandavision spoilers but agatha all along was too much of a banger to not make this 💀 pic.twitter.com/TKYCElrz2n

#WANDAVISION it’s been agatha all along will never leave my head ever! pic.twitter.com/e2rXJiigMm

Thanks to @Lyrikris10 for our new national anthem #WandaVision pic.twitter.com/pLJntQfcgK

Me enjoying "Agatha all along“ while Wandas mental health crumbles #WandaVision pic.twitter.com/E0U6vKlJlw

Okay but this “ it’s been Agatha all along “ song is a banger #WandaVision pic.twitter.com/kphuFf7i34

when i listen to agatha harkness’ theme song for the twentieth time pic.twitter.com/bDrw4Ozs6M

Why does this song fit perfectly with every possible video and dance? Kristen Anderson-Lopez has been retweeting her faves and posted a thanks on Twitter:

I am so grateful to all of you who enjoy the themes and take the time to let us know. I’m extra grateful that many of you type #RobertLopez cause he composed the songs too but is not on social media and only gets to hear your voices through my account. So thanks! #WandaVision

Truly, this week’s episode and theme song has us utterly enchanted. Must be witchcraft.

Everyone now trying to get Agatha All Along out of their head pic.twitter.com/CBn51QTI08