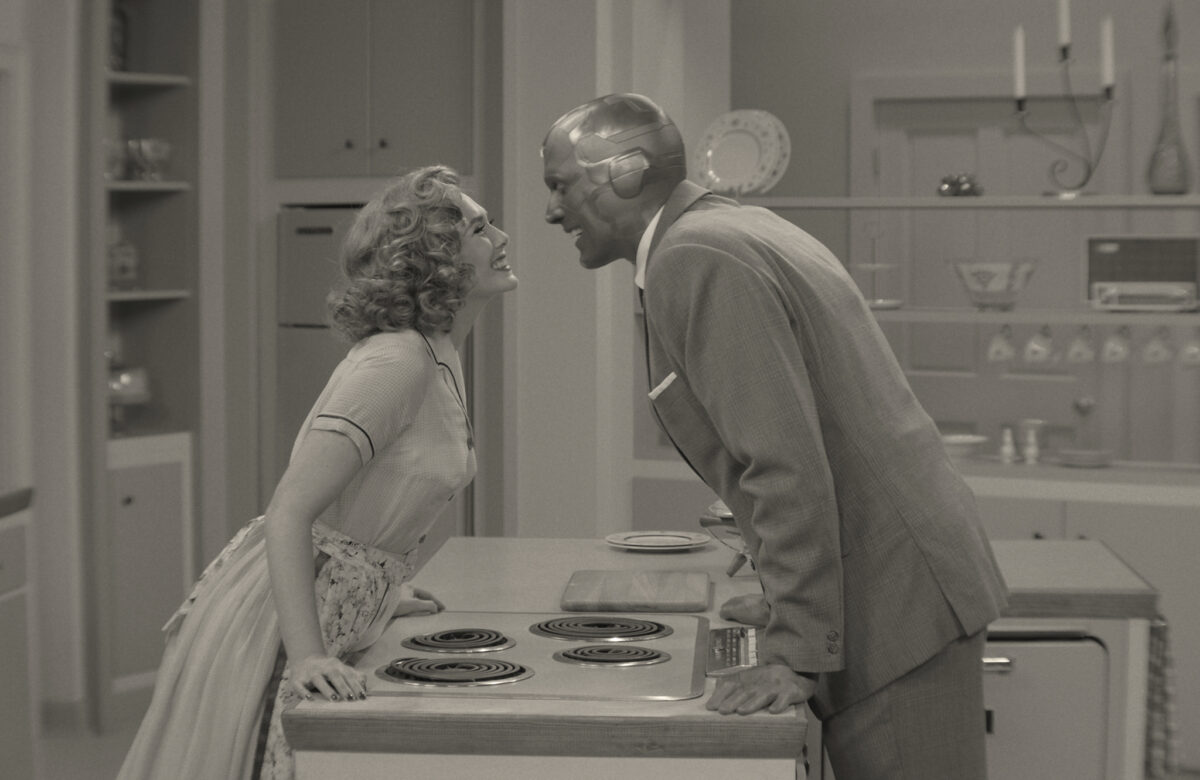 Marvel and Disney+’s WandaVision is giving us layer after layer each week, and the most recent episode proves yet again that labeling anyone as a straight up “villain” doesn’t necessarily work. So, let’s explore how the show plays in this gray area between the good guys vs. the “bad” guys.

**Spoilers for WandaVision lie within.**

It’s easy to label Wanda Maximoff as a villain. Many have, and many probably will after WandaVision is said and done. But she’s not. If anything, she’s an anti-hero, but it is just that she’s a woman who is put through the ringer time and time again and now she’s dealing with it in the only way she knows how. It just happens to be that she has powers that can warp reality, and sometimes that doesn’t work out for those around her.

But what I love about WandaVision so far is that no one is a villain. No one is at fault (yet), and even those who seem wrong, they have some moral backing behind what they’re doing that checks out. Wanda Maximoff went to New Jersey to get Vision’s body, but from the footage we see in this episode, she’s doing so because S.W.O.R.D. seems to be experimenting on it? Or at least doing something with it which doesn’t seem to be what Vision wanted, according to Jimmy Woo—even if they say that Wanda bringing him back is “against his wishes.”

On the flip side, Wanda bursting into a S.W.O.R.D. facility and then capturing an entire town because she’s going through something doesn’t make her innocent, either. Director Tyler Hayward labels Wanda as a “terrorist” and isn’t listening to Monica when she tells him that this isn’t a pre-mediated attack, and it shows that no one really knows what to do in this situation—not Hayward, not Monica, and certainly not Wanda.

But even though I don’t trust Hayward and I think he’s not someone we can rally behind (who is in these power positions, other than, like, Nick Fury?), I don’t think he’s a villain, either. Wanda IS in the wrong, even though she might not fully be in control of what’s happening, based on what happens at the end of the episode.

Still, she’s aware enough to come out of her television “home” to tell Hayward and S.W.O.R.D. to leave her alone and that they only get one warning.

But even as they’re talking, Wanda points out that she’s not the one standing with weapons pointed at them (despite the fact that, technically, she is a weapon, according to the Sokovia Accords).

If anything, the lines are muddled and everyone is sort of navigating in this gray area on WandaVision.

So far, there’s no villain. There’s Wanda struggling with her own coping mechanism and there is a sort-of government agency in over their heads and approaching the situation in the wrong way. I’ve never seen Wanda as a villain, and I never will. She’s been thrown into this world without help, and hopefully, this will get her the guidance and community she deserves. (Meaning the X-Men. Bring them in!!!)

But either way, I like how WandaVision is challenging our ideas of “villains” and who is right and who is wrong, and I hope it continues down that path.