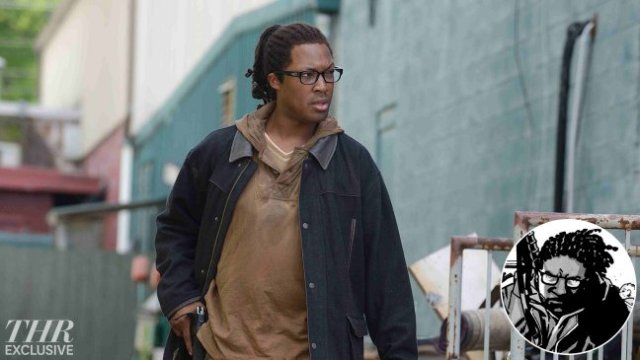 The Hollywood Reporter has learned of a new casting for AMC’s The Walking Dead while creator Robert Kirkman spoke to Entertainment Weekly about the new companion series, Fear the Walking Dead (still a terrible name).

THR says Corey Hawkins, playing Dr. Dre in the upcoming Straight Outta Compton, is set to play Heath, a character from the Alexandria Safe Zone. Hawkins is not a newbie to comic adaptations, he had a small role as a Navy Op in Iron Man 3, he also happens to be the first official casting for Season 6.

In other apocalypse news, Kirkman got to talking about Fear the Walking Dead, which he asserts is not really a prequel even though the events start before The Walking Dead prime, aka after the main shit goes down.

If you think about the way a zombie outbreak would happen, it would happen very organically. It would be happening for a while behind the scenes. In pockets of civilization, there would be news stories that didn’t really make sense and didn’t seem connected. And that’s kind of where we pick things up. There are a lot of things on the news, there’s a lot of chatter and paranoia and concern. And yet the vast majority of the population is ignoring these things and talking about their daily lives, and that’s kind of where we pick things up. And things ramp up very quickly from there.

And specifically on the prequel stance:

What’s your opinion on the spinoff, are you going to give it a shot?