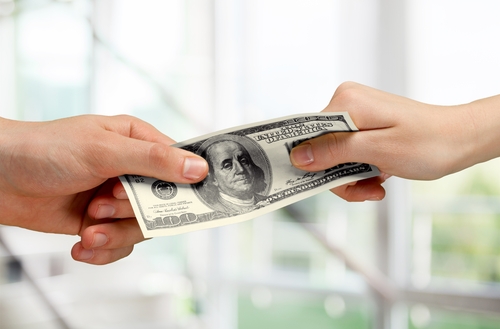 There’s now scientific evidence that the gender wage gap actually has a super negative effect on womens’ psyches. According to a recent study published in Social Science & Medicine, women are twice as likely than men to develop major depression and generalized anxiety. While there may be a myriad of reasons as to why this is true, the study hypothesizes that it may be tied into the fact that we often tie a person’s value to how much money they make.

The study, conducted by Columbia University, makes the connection between that and the gender wage gap that so often plagues women in the workforce. What it essentially says is that because women are so often only paid a fraction of what men make, and because society ties your value into what you do make, the undervaluation of women in the workforce leads to undervaluation of women in general.

To be sure, there are so many more factors that come into play in developing major depression and anxiety. But this might be one of the first studies that points to the wage gap as being one of those factors. In today’s money-driven “how much do you make” society, it’s not that much of a stretch to see that this could very well be true.

In an ideal world, we wouldn’t have a wage gap to worry about in the first place. But even better than that, we wouldn’t tie our self-valuation into how much we make. There’s so much more intrinsic value to a person than the money associated with their work. But we don’t live in an ideal world, and these are very real thing that we as women have to deal with on a daily basis.

Putting a name and finding out sources of these anxieties is the first step to solving and fixing them. Here’s hoping that sometime soon we can look back on studies like these as artifacts from a history that no longer applies to us.

(via NYMag.com, image via Shutterstock/BillionPhotos.com)