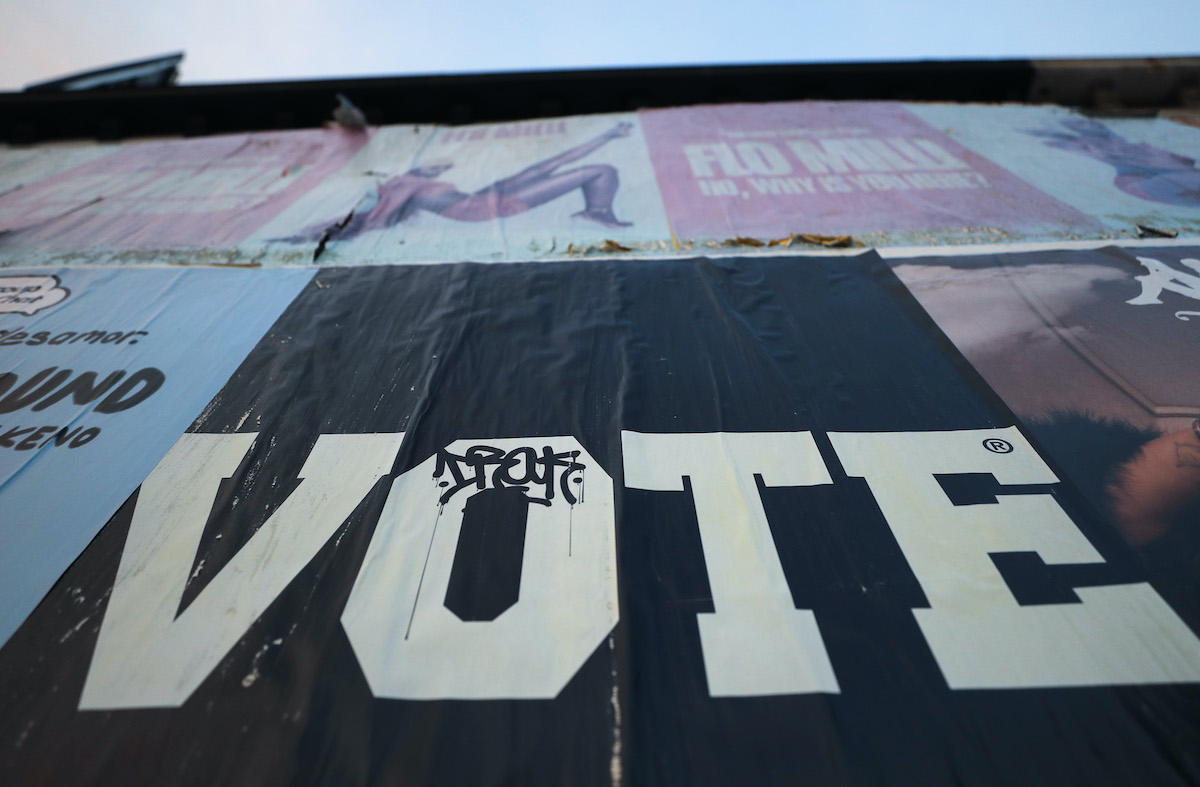 Voter registration didn’t exist until the early 19th Century, when some states, mostly in New England, wanted to find ways to keep their growing immigrant populations from voting. Early official voter registration programs tended to be limited to states’ urban, Democrat districts like Philadelphia. Assessors travelled door to door to register voters, and they did so during work hours when poor people and POC, who are more likely to vote Democrat, were less likely to be at home.

This laid the groundwork for the literacy tests, poll taxes, housing requirements and other voter registration restrictions of Jim Crow. And after the Voting Rights Act of 1965 was passed, outlawing those discriminatory practices, voter registration among Black voters in southern states shot up but that was not the end of the disenfranchisement caused by voter registration, which still, even now, wildly disproportionately affects poor people and BIPOC.

Over the years, we’ve come to think of voter registration as a natural part of the voting process even though in many states, like Texas, it was created as a direct response to the abolishment of other, more overt suppression tactics like poll taxes. We’re told that voter registration–like voter ID laws and other practices meant to restrict access to voting–are necessary to keep voter fraud out of our elections.

In reality, these restrictive policies are addressing problems that don’t really exist–at least not on any scale deserving of this kind of institutional response. In 2016, Last Week Tonight did a great deep dive into how disenfranchising voter ID laws are. Here’s what he said then about individual voter fraud:

While American history is littered with vote-buying, vote tampering, and ballot-box stuffing, voter ID doesn’t prevent those crimes. The only crime it prevents is voter impersonation—one person showing up to the polls, pretending to be someone they’re not. Which is a pretty stupid crime, because you have to stand in line at a polling place and risk five years in prison and a $10,000 fine all to cast one probably not-consequential extra vote. … The truth here is voter impersonation fraud is incredibly rare.

Voter registration doesn’t really fix the problem of voter impersonation because, as John Oliver says, that problem is rare. But it does keep a lot of eligible voters from being able to vote. Here are just a few examples:

–In 2011, Kansas’ Secretary of State Kris Kobach pushed legislation requiring potential voters to provide proof of citizenship when registering to vote. As the ACLU writes, “Most people don’t carry the required documents on hand — like a passport, or a birth certificate — and as a result, the law blocked over 30,000 Kansans from voting. The ACLU sued and defeated the law in 2018.”

–Voter ID laws disproportionately affect voters of color. In that episode of Last Week Tonight, for example, Oliver notes that in Texas, Black voters are nearly twice as likely as white voters not to have an acceptable form of ID, while Latinx voters are nearly two and a half times as likely.

–Indigenous people are hit incredibly hard by voter registration practices. In many states, a physical address is required to register to vote and/or to cast a ballot. But reservations tend not to use addressing systems and residents get their mail at P.O. boxes or cluster mailboxes, which are not recognized as an acceptable address for voter registration in most states.

–Indigenous voters face other obstacles to voting as well. According to the American Bar Association, “Numerous roads on reservations are unimproved dirt or gravel roads in poor quality and are often unnamed. After storms, many roads are impassable. Due to these poor conditions, the U.S. Postal Service does not deliver mail to the majority of the reservation residents at their homes. … Some reservation residents have to travel up to 70 miles in one direction to receive mail.”

–Additionally, “Less than half of the homes on tribal lands have reliable broadband access,” writes the ABA. “Even if a voter has access to broadband on the reservation, most online voter registration systems require a state ID to register to vote and do not accept tribal IDs.”

–Even innocuous-seeming policies like voter registration deadlines can have restrictive effects and no useful purpose in the internet age. Again, from the ACLU:

For example, New York requires voters to register at least 25 days before the election, which imposes an unnecessary burden on the right to vote. By forcing voters to register before the election even becomes salient to the public, it discourages people from registering in the first place. These outdated restrictions — which were designed for a time when registration forms were exclusively completed with pen and paper, and transmitted via snail mail — can significantly impact voter participation. In the 2016 presidential election, over 90,000 New Yorkers were unable to vote because their applications did not meet the 25-day cutoff, and the state had the eighth-worst turnout rate in the country.

So for now, voter registration is, in nearly every state, a necessary evil. There are a lot of really great activists and organizations out there working hard to make sure everyone has access to voting, although it shouldn’t be on them to circumvent these kinds of institutional suppression tactics.

Hopefully someday soon there will be automatic registration at a federal level, but in the meantime, keep an eye on legislation in your area and which of your elected officials are trying to make it harder or easier for you and your community to vote.

(image: Mario Tama/Getty Images)
Want more stories like this? Become a subscriber and support the site!