It’s Okay to Vote for the Person You Like Best 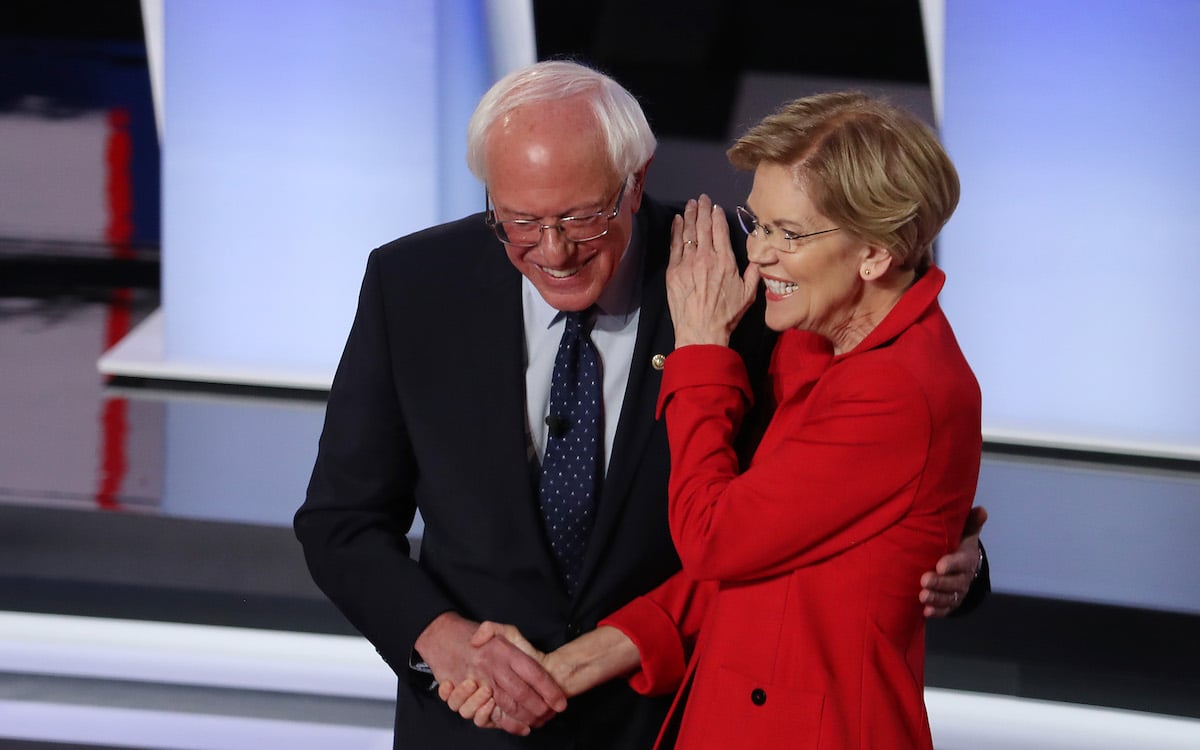 It’s been a rollercoaster of a week and it’s only Monday. Pete Buttigieg and Amy Klobuchar have suspended their campaigns and are reportedly planning to endorse Joe Biden. This means the moderate Democratic vote is basically sewn up for Biden. (Or possibly Bloomberg, I guess, who is terrified of a progressive win but apparently not terrified enough to put his ego away and leave the race.)

Tomorrow is Super Tuesday, when there will be primary elections in 14 states, one caucus, and the beginning of the week-long Democrats Abroad primary. With the major shift we’ve seen in the last 24 hours toward moderate vote consolidation, many farther left are starting to worry (even more than before) about a split vote between Bernie Sanders and Elizabeth Warren.

This is an understandable concern. But many of us have also developed completely unnecessary and definitely unhelpful brainworms around this election. For those who are Too Online, who follow news and polls too closely, we’ve trained ourselves to think like strategists, not voters. It’s why we (and I mean the general we if not you or I) worry about the “electability” of Elizabeth Warren, causing us to consider not voting for her out of fear, thereby driving down her polling numbers. And because polling affects results as much as if not (likely) more than it reflects our values, we’re just an ouroboros of cautious prudence.

And while there are obviously a lot of other reasons why someone might not have Warren as their top candidate, talk of “electability” is undeniably rooted in gender. Meaning fears that a woman can’t beat Trump (for some reason) has led a lot of people to abandon her as a candidate. This is why electability is nonsense. Because basing choices on what we think might be an issue for other people later on has the potential to rob us of viable candidates who truly speak to us, while leaving us with people like Joe Biden, who you may like as a candidate but you have to admit he’s not exactly the paragon of electability.

This is a direct quote from Joe Biden:

“We hold these truths to be self-evident. All men and women created by the you know, you know the thing.”pic.twitter.com/A0MRpMmIWk

This is what we get when we worry about what other people might be willing to vote for instead of focusing on what and who we want to vote for.

I am not a professional strategist, so I cannot reasonably tell you what the right way to vote is. But it sure seems like this way of thinking about candidates is all kinds of wrong. So far, four states have voted. Four! Joe Biden had a more than 300% jump in the last primary alone. To rule anyone out right now based on how they’ve performed in those four states is just so pointless.

I’ve centered all of this around Warren but it applies to any candidate. Maybe you love Bernie but you saw that 300+% jump and expect Biden to ultimately take the nomination so you think you should vote for him in your state’s primary. Maybe you like literally anyone else but see how much money Bloomberg is pouring into the campaign and think you should get behind him. Maybe you like … I don’t know, Tulsi? I’m pretty sure she hasn’t left this race yet. Actually, I have no advice for you if you’re still backing Tusi.

In the end, vote however you want. If you can’t help but plan ahead for what you think the most likely outcome will be and want to back that candidate, fine. You do you. But if you want to give yourself and your ideals a seat at the table, that’s what primaries are for and you don’t have to give that up yet–definitely not based on the decision of exactly four states making up less than 4% of the total delegate count.

No candidate is electable if we won’t at least try to elect them.

i can’t BELIEVE i have to say this, but:

this is a PRIMARY. this is where you vote your BELIEFS.

if you believe in Warren, YOU SHOULD VOTE FOR WARREN.

if you believe in Sanders, YOU SHOULD VOTE FOR SANDERS.

and if you believe in Biden or Bloomberg, you should UNFOLLOW ME

And whether you’re voting tomorrow or later on in the primary schedule, remember to check your down ballot races! The presidential race is probably not the only important election happening in your district!