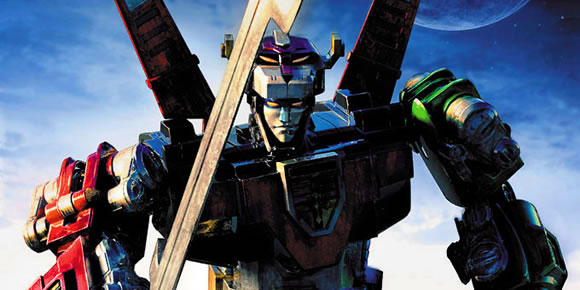 One of the red-headed stepchildren of the Transformers has stamped its feet and held its breath enough to get its own movie. Yesterday, it was announced that a live-action Voltron movie was officially in the works, just a month after the successful debut of its rebooted TV series on Nicktoons. So, get ready for an onslaught of mechanical lion things. Gobots, you can stay in the corner and hang out for a while.

Voltron first made its American debut in 1984 with the series Voltron: Defender of the Universe. It was originally based on two Japanese anime properties Beast King GoLion and Kikou Kantai Dairugger XV. The cartoon, which was about five pilots who ride robotic lions that form different parts of a larger universe-defending robot name Voltron, was more of a cult hit than anything (a big hit as a toy in our house because, come on, robot lions!) but never got as big as the Transformers or G.I. Joe. But that didn’t stop it from having a very loyal fan base. And now that the new Voltron Force is a hit with today’s generation of kids, a movie probably makes financial sense.

But as someone who played with the toys and watched the cartoons, and thinks the Transformers live-action movies are, well, kind of insanely bad (which might have nothing to do with them being Transformers movies and more related to them being Michael Bay movies), I’m kind of skeptical about a live-action Voltron movie. It totally works as a cartoon, five robot lions forming one kickass robot. But watching actual people get into this thing and operate it … it’s not sitting well with me. It feels like it can’t avoid looking like a big, dumb Godzilla robot with lions for arms. But that’s just one girl’s opinion. And maybe I’m overthinking this.

Here are the people tasked with the job of proving me wrong:

Atlas Entertainment‘s Charles Roven (The Dark Knight) and Richard Suckle (The International), plus Kickstart Entertainment‘s Jason Netter (Wanted), will all produce the movie for Relativity Media with executive producer Ted Koplar of Voltron Force. The script will be written by Thomas Dean Donnelly (Conan the Barbarian) and Joshua Oppenheimer (Sahara).

Well, I can’t I’m not a fan of a lot of those movies, especially The Dark Knight and Wanted. Good luck, guys. You’ve got your work cut out for you.