The character made her live-action debut on Arrow earlier this week. 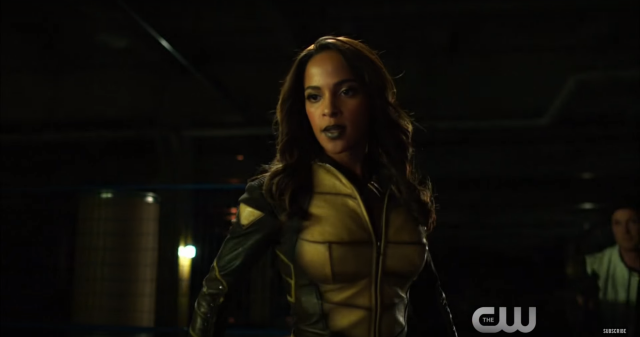 After starring in her own animated web series, Vixen made her live-action debut! The DC Comics character showed up in Star City on The CW’s Arrow earlier this week to significant excitement and fanfare–one of the reasons being that she’s the first black female superhero since Storm to be portrayed in a live-action medium:

#Vixen is coming. Please welcome @Megalyn to the show. pic.twitter.com/2cQYvEh4XX

In the comics world, Vixen has been a member of the Justice League and the Suicide Squad, and teamed up with characters like Wonder Woman and Hawkgirl. She’s even re-emerged in the current Black Canary comic! Recently, the character had been starring in a self-titled web series, with actress Megalyn Echikunwoke providing the voice–and had also featured guest voices like Stephen Amell as Oliver Queen, Grant Gustin as Barry Allen and Carlos Valdes as Cisco Ramon.

The coolest part is that Echikunwoke also been the one to bring the character to the three-dimensional world on Arrow, and apparently The CW has not ruled out bringing Vixen back for more live-action installments or even giving her her own show. “Hopefully that character is going to spin itself out, if not, it can join Legends,” CW President Mark Pedowitz told Entertainment Weekly.

You can watch Vixen kicking ass in this Arrow episode promo below. Did you watch “Taken”? What do you think about the idea of Vixen appearing on other shows in the Arrowverse–or maybe even getting her own?