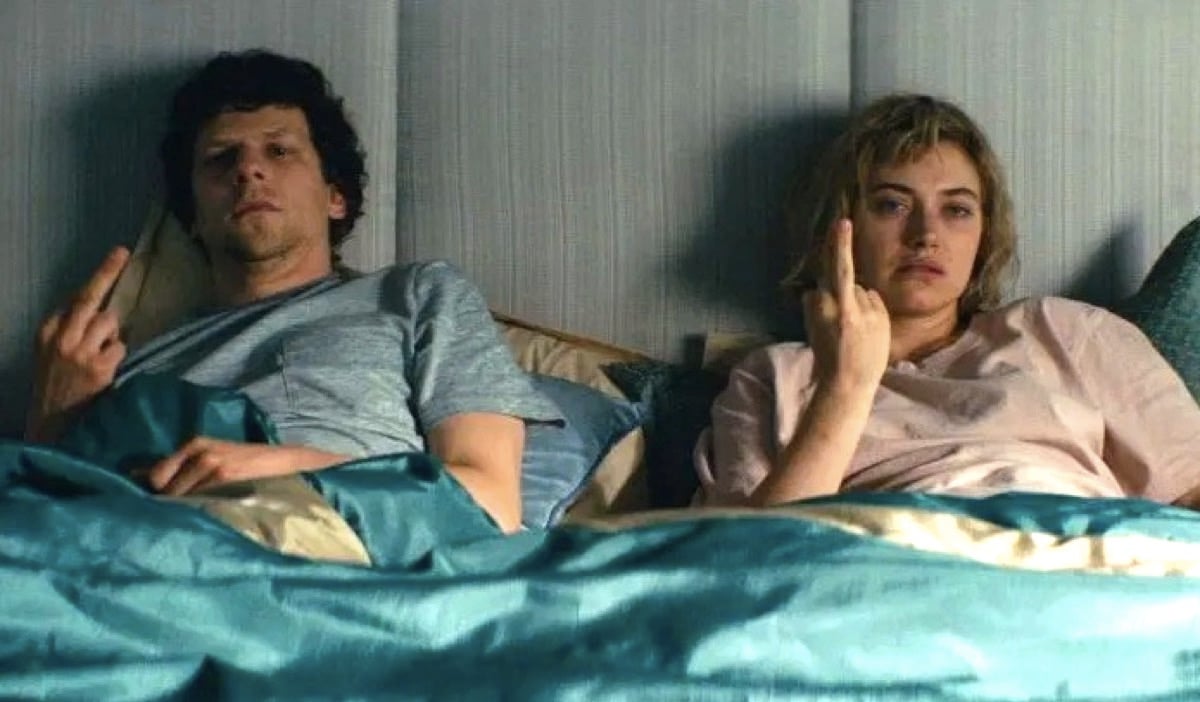 According to Vivarium writer and director Lorcan Finnegan, owning a home has become an idea of fairy tales. We are made to feel of less worth if we don’t own a home, but the reality for many is that, once they do, they spend the rest of their lives trapped in debt trying to pay it off. The foundation of suburban life is built on the destruction of nature, and along with the building of these identical homes in a maze-like society comes a nightmare of consumerism.

The fantasy of satisfaction and perfection when it comes to homeownership is what inspired the story behind Vivarium (the word, by definition, meaning a structure to keep something under observation in semi-natural conditions, like an aquarium). In an interview with Cineuropa, Finnegan discusses the increasing number of housing developments that are being built in Ireland when “you can never afford a house in Ireland anyway.” But with a tagline “You’re home. Forever,” in a film about a couple who are trapped in a home with no way out, it not only speaks to homeowners in debt but of the self-isolation we are all currently experiencing in this pandemic.

A young couple, Tom and Gemma (Jesse Eisenberg and Imogen Poots), are experiencing the nightmare that is house hunting. They’re on the search for their definition of a perfect home. They meet Martin (Jonathan Aris), an incredibly creepy, robot-like realtor who takes them to the suburban neighborhood of Yonder.

The neighborhood features rows and rows of identical houses, not unlike you see in new developments today. They’re all painted the same shade of green, and they look like an image from an Edward Hopper painting. Everything about the neighborhood feels fake, from the perfectly cut grass to the clouds whose shapes stay the same. (Yonder is an ode to films like Pleasantville and The Truman Show, no doubt.)

When Martin mysteriously disappears after a cringe-worthy tour of house number nine, Tom and Gemma decide it’s time to get the hell out, but when they try to leave, they find themselves driving in circles. They’re navigating a labyrinth with no clear exit. When they begin to notice that they keep finding themselves back at number nine, no matter how hard they try to find their way out, and discover that, of course, Yonder doesn’t have nearby cell towers, panic sets in. Soon, it’s sundown, and their car has run out of gas. They have no choice but to settle in. The “forever home” slogan of Yonder takes on a much darker meaning.

These characters are plunged into a nightmare—a nightmare of traditional domesticity for which we are pressured to live. The film becomes a twisted tale of suburbia. Tom and Gemma scream out, but their voices are returned in an echo. They’re completely alone, Finnegan reflecting on the fact that despite living in a big neighborhood, many of us never meet our neighbors.

But the silence for this couple is so deafening that it feels like they’re in isolation on another planet. It’s reminiscent of what many of us are going through right now. Our lives have been changed in an instant; our way of life completely disrupted. We are made to stay home and self-isolate as cities, states, and countries go into lockdown. Streets are deserted. There’s barely any noise. We look outside, and despite still living on the same Earth, it feels like a different one.

Tom and Gemma spend a good part of the first half of the movie trying to find a way out—at first deciding on following the sun, but always ending up where they started. They’re kept fed by packaged meals delivered by a mysterious source, one that later delivers a package that hinders their hope of escape: a baby with a message that reads, “Raise the child and be released.” 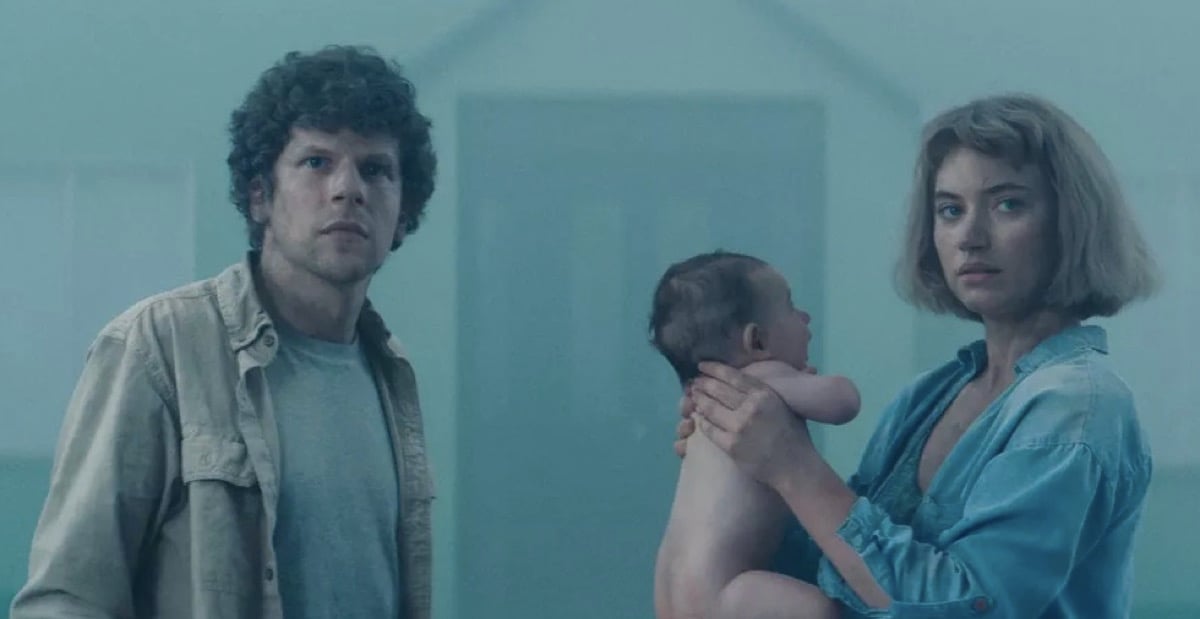 The child, like the real estate agent, is also robot-like. He speaks in a low voice, repeats everything his “parents” say, copies their mannerisms, and screams for absolutely no reason. It’s no wonder Tom and Gemma start to lose it (an image of what family isolation will look like if the coronavirus sticks around much longer). This devilish creation starts to create tensions in Tom and Gemma’s marriage, too, but they do everything they can to try to stay sane. Tom, however, eventually ends up spending the rest of his entrapment digging himself a hole (literally, but also in the other sense of the word).

Vivarium takes ordinary suburban life to the extremes, using a sci-fi lens to ramp up Yonder’s bizarre and horrific illusions. There’s a lot to love here, from its set design to themes and overall relatability during these times, and Eisenberg and Poots bring a playful and humorous energy to it all (reuniting after last year’s The Art of Self-Defense). It leaves much to be desired in the end, though, as it becomes a slog and seems it no longer knows what to do with itself about halfway through.

The intrigue and fight for survival dissipate quite quickly, which results in a pretty disappointing ending. There’s so much mystery surrounding Yonder, like where the baby came from, who created this suburbia, and why the world seemingly ignores its existence, but nothing is explained. It’s a script that could have benefitted from being delved into deeper. Although it does feel like an unsatisfying watch in the end, Vivarium hits home with its message and shows the horrors caused by consumerism as a dominating force in our lives—and makes me hope that we can get the hell out of our current situation much more easily.