With Accusations of Espionage, Fox News Hosts Are Sinking to New Lows to Smear Impeachment Witnesses 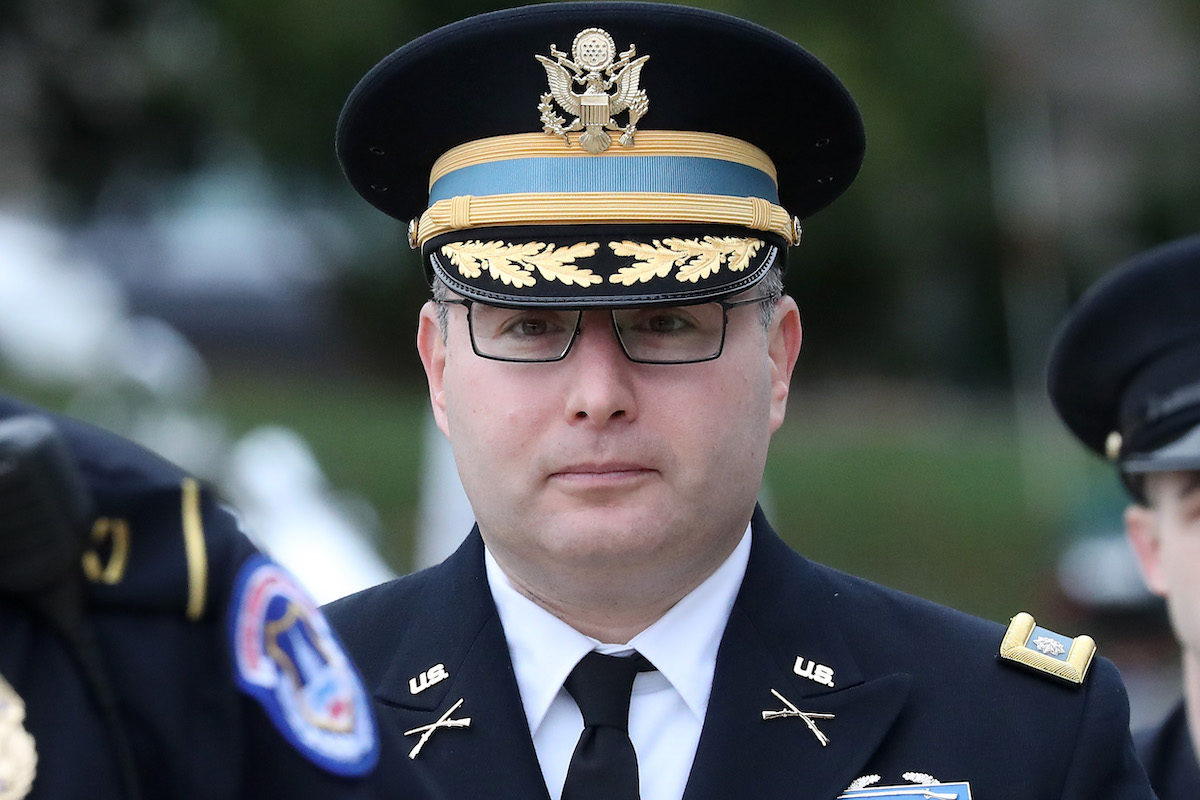 Lt. Colonel Alexander Vindman, who is the White House’s top Ukraine expert on the National Security Council, is speaking to Congress today to add his testimony to the ongoing impeachment hearings. According to his opening statement (via the New York Times), Vindman says he is not the original whistleblower who spoke out about the troubling phone call between Donald Trump and the Ukranian president, but he was listening in on that call and he too was so concerned about what was said that he reported his objections to his superiors two times.

Obviously, this is making Republicans and conservative pundits panic, since one of their biggest defenses has been that the whistleblower wasn’t on that call, so how did they know what was said, who was leaking them information, and how do we know they’re not some sort of spy?

So how are those same people reacting to Vindman’s testimony? By calling him a spy, too.

On her show Monday night, Laura Ingraham spoke to former Justice Department official John Yoo and law professor/Jeffrey Epstein’s former lawyer Alan Dershowitz about how weird it is (it’s not weird at all) that Vindman was allowed to do his job given the fact that he is an immigrant.

Oh my God, look at the spin they are using right now, actually saying that Vindman is a Ukrainian double agent….this is so freaking bananas pic.twitter.com/Oxpju5W23N

Ingraham says she found this “buried” in the New York Times article:

Because he emigrated from Ukraine along with his family when he was a child and is fluent in Ukrainian and Russian, Ukrainian officials sought advice from him about how to deal with Mr. Giuliani, though they typically communicated in English.

“Now, wait a second, John,” Ingraham said, laughing incredulously as Yoo shook his head. “Here we have a U.S. national security official who is advising Ukraine, while working inside the White House, apparently against the president’s interest, and usually, they spoke in English. Isn’t that kind of an interesting angle on this story??”

Yoo said he found it “astounding,” adding, “You know, some people might call that espionage.”

But Ingraham and Yoo weren’t the only ones to make these accusations against Vindman, a decorated Iraq war veteran.

Fox & Friends’ Brian Kilmeade said Vindman “tends to feel simpatico with the Ukraine”–a statement based on nothing.

Brian Kilmeade on Army Lt. Col. Vindman: “We also know he was born in the Soviet Union, emigrated with his family. Young. He tends to feel simpatico with the Ukraine.” pic.twitter.com/mfjg9NUXSd

Former Congressman and host of The Real World Sean Duffy went on CNN to imply that Vindman put Ukranian interests above the U.S. because “we all have an affinity to our homeland where we came from.”

Sean Duffy on CNN on Army Lt. Col. Vindman: “It seems very clear that he is incredibly concerned about Ukrainian defense. I don’t know that he’s concerned about American policy … we all have an affinity to our homeland where we came from … he has an affinity for the Ukraine.” pic.twitter.com/dlsYlTnCwR

Trump is also attacking Vindman’s credibility, though he’s stopping short of calling him a traitor (so far) and just labeling him a “never Trumper”–another statement based in absolutely nothing.

You are attacking a decorated Army colonel.

Alexander Vindman served in the Iraq War. You serve yourself.

Unlike you, he has a sense of duty to this country. He is a patriot. You are a disgrace. https://t.co/JnIwDAyh9o

These attacks are already backfiring. Republican Rep. Liz Cheney said at a press conference today that questioning Vindman’s patriotism is “shameful.” Even the ultra-rightwing Washington Examiner wrote today, “It shouldn’t have to be said, but Lt. Col. Alexander Vindman, the National Security Council officer testifying in the House impeachment proceeding, is a great American patriot. He is not a Ukrainian agent.”

Rep. Cheney to people questioning the patriotism of Lt. Col. Alexander Vindman, who is testifying before the House today:

“We’re talking about decorated veterans who have served this nation … It is shameful to question their patriotism, their love of this country.” pic.twitter.com/h7vMWAtpwr

If there’s a line too despicable to cross, it’s good to remember Fox News hosts are always there to find it.