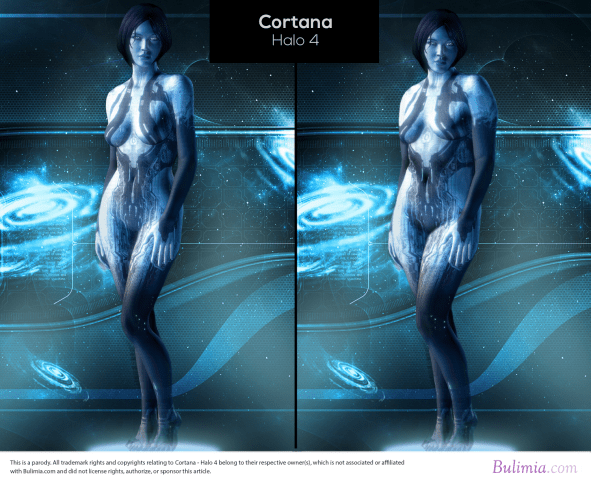 Characters in video games (and other fiction) might not be real, but that doesn’t stop them from having very real consequences on the way we perceive ourselves and our bodies. This, of course, is often especially the case with female characters and can have an unfortunate impact on already-too-high numbers of girls and women with eating disorders.

Bulimia.com, a resource for information and treatment on eating disorders, has decided to expertly highlight this problem by reshaping a few video game women to a more realistic range of proportions. Of course, there’s no “right” body type, and it’s OK to be skinny, but entertainment too often tends to present an “ideal” instead of a range of perfectly normal bodies.

Here are a few of the images they came up with: 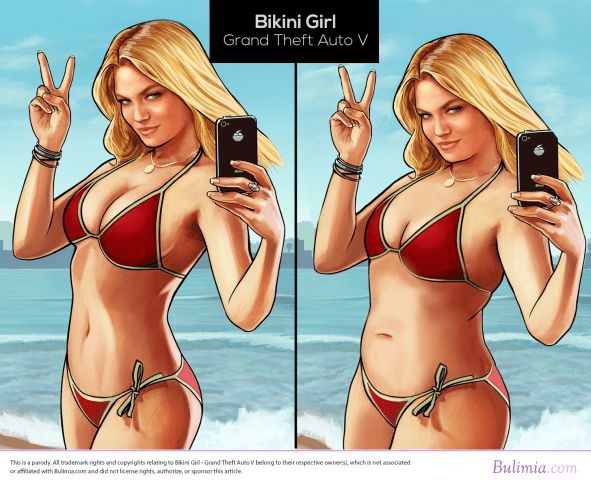 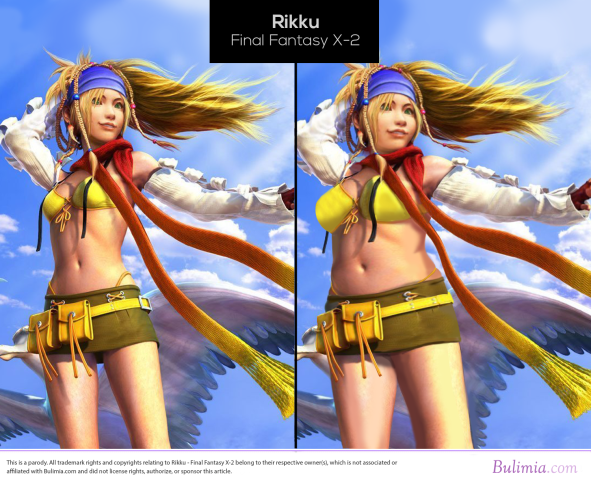 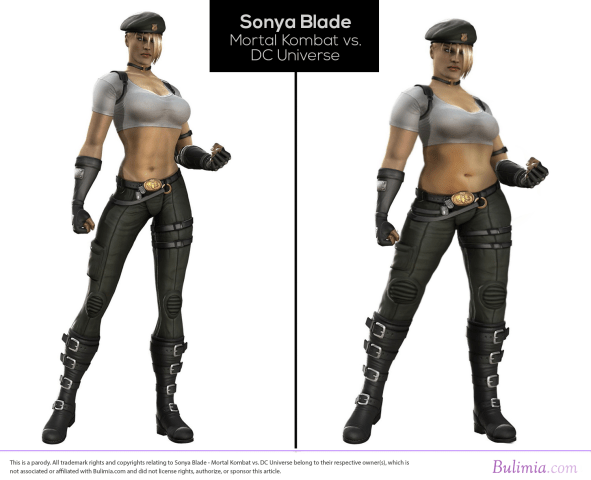 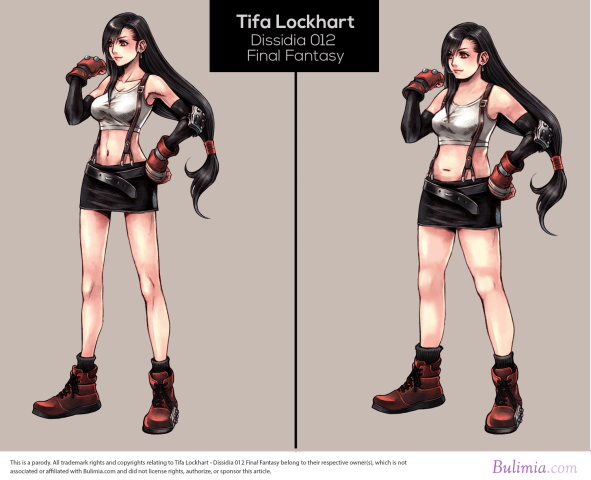 They write of the resulting images:

The difference between the original video game heroines and their more realistic interpretations is hardly subtle. In these images, unfeasible waistlines expand and arms and legs grow wider. Perhaps the changes are especially noticeable since most of these characters are so scarcely dressed.

Video game designers and their companies have complete control over the female bodies in their games. So why is it they so often opt to make these characters into unrealistically idealized versions of their human counterparts?

Why indeed, gaming companies? I don’t often talk about it, but I’ve battled eating disorders my whole life, beginning in high school when I lost 40 pounds in a matter of months by skipping meals—sometimes for days at a time. It’s unhealthy and dangerous, and I can’t imagine how much worse it is for women with the imagery shoved at them every day from all directions.

Are game makers and other media creators obligated to try to do something about it? No, but with great power must also come great responsibility. When the problem is this obvious, not doing something about it has to be a conscious choice—and one we’re consistently surprised so many people are willing to make.

Bulimia.com, a resource for information and treatment on eating disorders, has decided to expertly highlight this problem by reshaping a few video game women to more realistic proportions. Of course, there’s no “right” body type, and it’s OK to be skinny, but entertainment too often tends to present an “ideal” instead of a range of perfectly normal bodies.

Some people rightfully took issue with “more realistic proportions” here and in the original headline as insinuating there are “right” and “wrong” bodies. We hope anyone who read the second part of the paragraph realized that was not our intention, and the wording in the body of the post has been adjusted to more accurately reflect our aim.]

(via Polygon, images via Bulimia.com and respective games)