Victory for Standing Rock: The Dakota Access Pipeline Must Shut Down By August 5 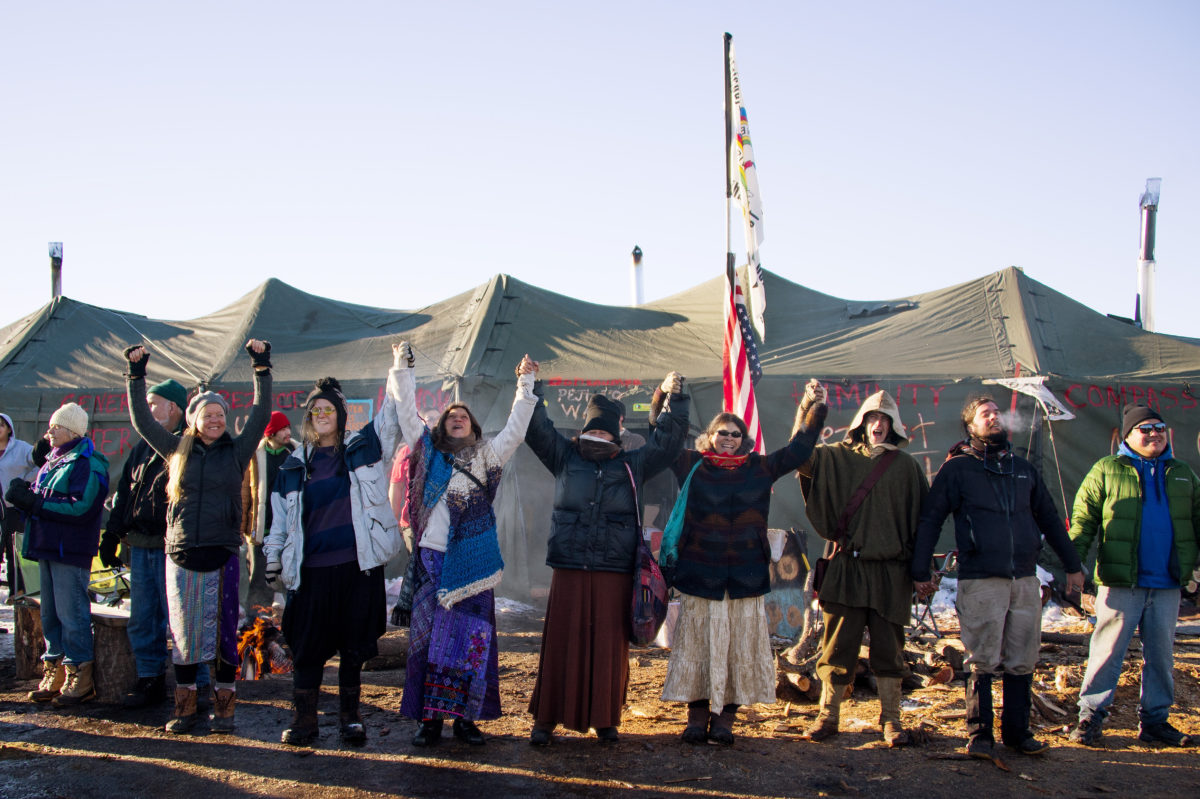 In a huge victory for the Standing Rock Sioux and environmental advocates, a judge ordered today that the Dakota Access Pipeline must shut down by August 5. This is a major defeat for the Trump administration and the oil companies that have been on the wrong side of history for years.

The pipeline must shut down by August 5 to allow for a court-ordered environmental review that will last into 2021 and could result in the permanent shutdown of the pipeline. This decision also comes the day after energy companies canceled the construction of the Atlantic Coast Natural Gas pipeline, despite a recent win in the U.S. Supreme Court that would have allowed the pipeline to run under the Appalachian Trail. Those companies pointed to “legal uncertainty” regarding their pipeline, and today’s win proves that they were right to be fearful.

Protests of the DAPL began in April of 2016, with the Standing Rock Tribe setting up a camp in the path of the proposed pipeline, in order to protect their land and water. Rallying with the call the “water is life” the Standing Rock protests drew international attention and support and in December of 2016, the Obama administration and the Army Corps of Engineers reversed course and gave the tribe and advocates their first major victory.

That win was short-lived, however, as Donald Trump took office the next month and immediately reversed course on the DAPL. The pipeline was completed in 2017, but the tribe challenged the permits in court, and won … but the companies and corps failed to work with the tribes when they reassessed the environmental impact of the pipeline.  Thus, in March, the court struck down the permits, and now the pipeline must shut down.

Both this and the decision regarding the Atlantic Coast Pipeline are huge wins for the Earth and for the Native peoples that have worked so long and hard to defend it and their lands. It’s also a win against big oil and the callous anti-environmental policies of the Trump administration.

Earthjustice attorney Jan Hasselman, who has represented the tribe in this suit, added, “It took four long years, but today justice has been served at Standing Rock … if the events of 2020 have taught us anything, it’s that health and justice must be prioritized early on in any decision-making process if we want to avoid a crisis later on. ”

This is a historic win that should be celebrated, especially so in a year where wins have been hard to come by.