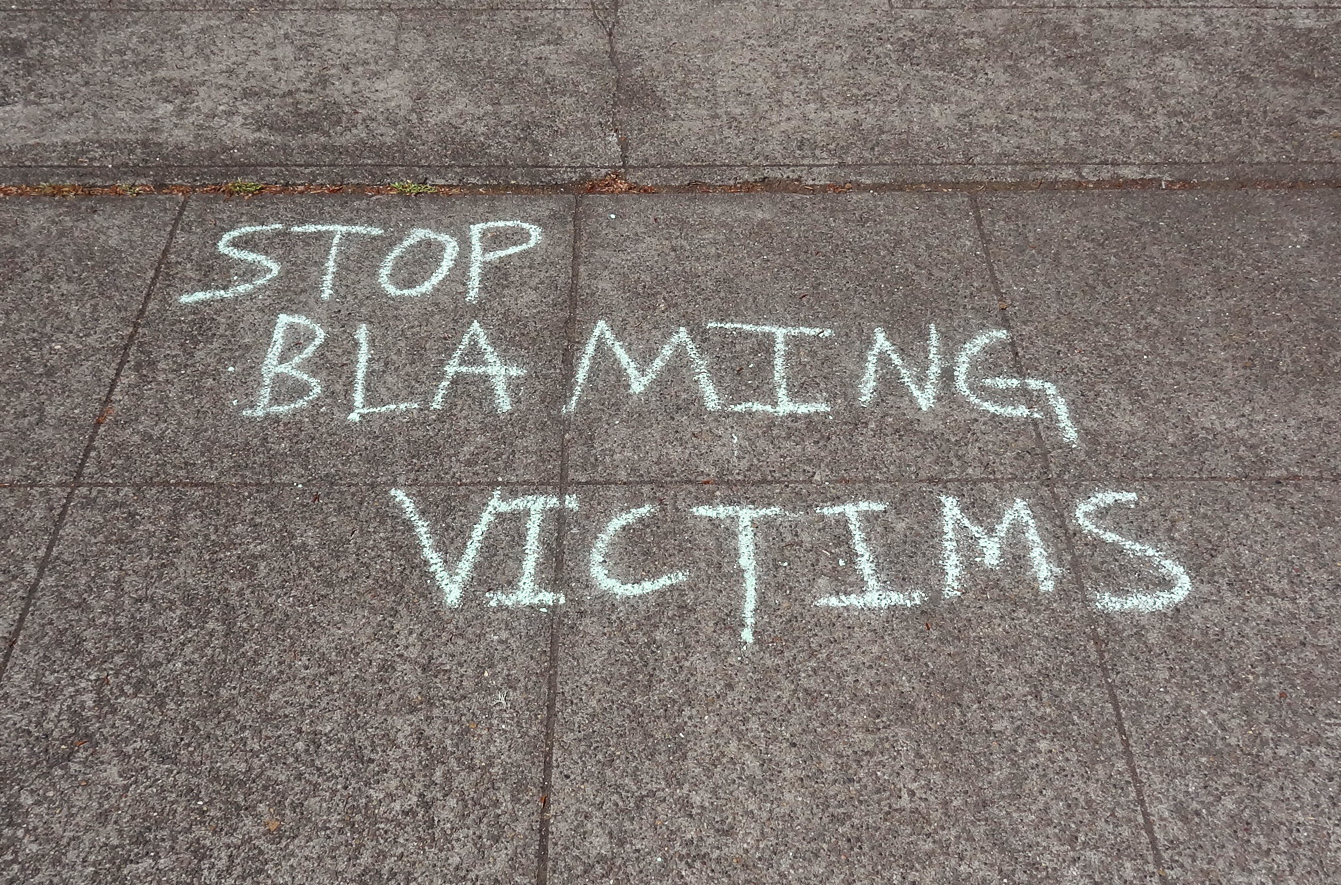 Earlier this week, a Melbourne comedian name Eurydice Dixon was murdered on her way home from a gig. She left the bar where her show was happening around 10:30 pm and her body was found hours later in a public park about 2 1/2 miles away. It’s a horrific tragedy, not lessened by the fact that her accused rapist and murderer, a man Dixon had not known, turned himself in to the police shortly after.

One quote from the police investigating Dixon’s murder has a lot of people–women, especially–upset at the implications. In discussing the case, the police superintendent said, “The message we would provide to all members of the community is to take responsibility for your safety. Make sure people know where you are and if you’ve got a mobile phone carry it and if you’ve got any concerns at all call police.”

Now, it’s important to note that that wasn’t the entirety of the police statement. They also said they would dramatically increase police presence in the park, so they weren’t saying the only way to prevent these crimes is for women to be more careful. Still, that is a message that women hear a lot—that making different choices, dressing different, drinking less, being more aware of literally everything around us all the time, would have prevented would-be attackers from committing crimes against us.

Frankly I think @VictoriaPolice should apologise for their victim-blaming and completely useless “advice” following the murder of #eurydicedixon . Don’t tell us to be more careful. Tell men they will be prosecuted to the full extent of the law if they choose to commit a crime!

I don’t think I’ve ever heard a police officer warn men to be careful in public at night after the murder of another man. RIP Eurydice Dixon. You deserved safety and opportunity. #EurydiceDixon

Situational Awareness is the new she asked for it#eurydicedixon

In theory, the warning to be safe and aware is simple advice and just basic common sense. In reality, though, it’s infuriating to hear, not just because other sorts of crimes don’t generally receive the same sort of “common sense” warnings (highlighting the fact that that language really does place the burden of safety on female victims), but because it completely ignores the fact that we already do all of these things.

Been thinking about this headline all day. Anytime I am walking/in a cab alone, ESPECIALLY at night, all I literally think about is if I’m about to get hurt. We DO have our phones charged and ready. We DO have our fists clenched. We DO anticipate the worst and it is TIRING. pic.twitter.com/lwBNq2lAza

Fuck off. As if we don’t already have our phone in hand, with headphones in playing but no music, so that we can simultaneously ignore men without being “rude” whilst also staying alert whilst also ready to call in case of emergency? #EurydiceDixon https://t.co/VrnBNkK7dt

I am deeply disturbed by the death of Eurydice Dixon. I walk home alone at night too. Keys through my hands, headphones off, glancing over my shoulder is how I walked home from the station around 9pm on Tuesday. It’s a 7 min walk. https://t.co/Ygfuut6bPT

What happened to Eurydice Dixon is every woman’s fear. It’s the reason we walk with our keys in our hands in the dark. It’s the reason our heart sits in our throat until we’re ‘safely’ in our cars when we’re alone. It shouldn’t be this way. How many of us have to die?

Most women are constantly taking stock of their surroundings and endlessly modifying their behavior to keep themselves safe. If you haven’t seen it, this old Daily Show clip really nails the experience of Being a Woman in Public.

Worst of all, subsequent reports show that Dixon herself was doing the things the police superintendent instructed people to do in order to remain safe. Reports say that just a few hundred meters before reaching her home, she did the thing that many women have adopted as standard safety behavior and texted a friend “I’m almost home safe, HBU [how ’bout you].”

The responsibility for ending violence against women is 100% on the perpetrators. Sure, there are precautions we can all take to make sure we maintain a basic level of safety in certain situations, but to imply that more awareness or different choices could ensure that we never fall victim to attack is to completely disregard women’s reality. It only reinforces mentalities of rape culture and a culture of violence against women, which treat these things as unsolvable societal norms that women must accept the entire burden of navigating daily.

The brilliant @JaneTribune wrote this on women and #situationalawareness in 2015 after another woman was killed jogging in a park (in the middle of the day). Still so infuriatingly relevant. pic.twitter.com/AnMxdDqmVN