What We Know About the “Contemporary” Veronica Mars Revival So Far 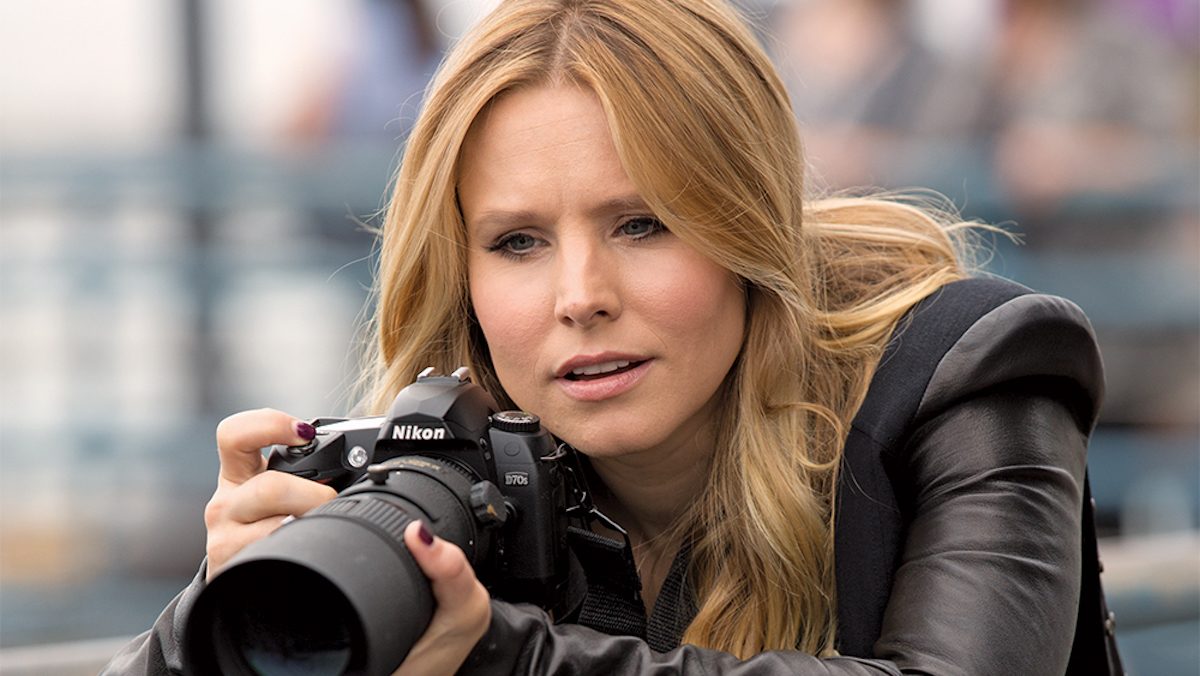 It’s only been a few months since Hulu’s Veronica Mars revival was announced, and we don’t yet have an official release date beyond some time in 2019–”summer” has been thrown around–but it’s not too early to be milking every detail in anticipation.

BREAKING NEWS out of Mars Investigations! :) A new #VeronicaMars series is comin atcha via @hulu. Thank you to all the marshmallows for staying excited and to @Hulu for giving Veronica a chance to wear her big girl pants. I hope we’re still friends after I taser you. pic.twitter.com/z2EufrjMpX

So what do we know so far? Well, we know that a number of original series figures will be returning for the eight-episode Hulu run. Beyond the core cast (Kristin Bell, Percy Daggs III, Enrico Colantoni, Jason Dohring, Ryan Hansen, Francis Capra–i.e., Veronica, Wallace, Keith, Logan, Dick, Weevil), there were a few side characters who were announced to be making comebacks–most excitingly, perhaps, being Max Greenfield’s Leo D’Amato.

We also knew that there were some new additions, like Patton Oswalt, playing new character Penn Epner. According to Deadline, “Penn is on the wrong side of 40 for ‘best pizza delivery guy in Neptune’ to be his claim to fame, but the dude won’t shut up about it. He barely shuts up at all. Pizza delivery is his job, but his passion is ‘true crime.’ He is a frequent poster on unsolved murder websites. Penn is affable and a bit hapless, and he’s going to milk his 15 minutes for all they’re worth.”

J.K. Simmons has also joined the cast. According to The Hollywood Reporter, he’ll play “an ex-con named Clyde Prickett” who “served 10 years for racketeering and was the first inmate in Chino to offer protection to Neptune real estate developer Big Dick Casablancas (David Starzyk) when he entered the prison.”

Other new additions include Westworld’s Clifton Collins, Jr., as “a mid-level hitman for a Mexican cartel.” Deadline writes, “Because of his facility with English, he’s chosen by his boss to travel to Neptune to take out whoever killed his wife’s nephew. The more time Alonzo spends in the U.S. the more doubts creep in about his chosen career field, particularly when he falls hard for a local girl.”

Also according to Deadline, About a Boy’s Izabela Vidovic will play Matty Ross. “When teenaged Matty Ross loses the most important person in the world to her in an act of violence, she isn’t content to wait for justice. She goes after it herself in acts so brazen, they remind Veronica of the girl she used to be.”

ThatHashtagShow.com has a few more characters that we haven’t seen cast yet that fill out the world of the show a bit. We also know that the new writing staff includes basketball legend, Kareem Abdul-Jabbar.

And yes, if you’re brilliant and give yourself a #PartyDown Twitter handle, I’ll hire you. Or, you could be the NBA’s all time leading scorer, but you must still be brilliant. pic.twitter.com/4Qk2uqcKey

Here’s the original synopsis we got back in September of last year:

In the revival, spring breakers are getting murdered in Neptune, thereby decimating the seaside town’s lifeblood tourist industry. After Mars Investigations is hired by the parents of one of the victims to find their son’s killer, Veronica is drawn into an epic eight-episode mystery that pits the enclave’s wealthy elites, who would rather put an end to the month-long bacchanalia, against a working class that relies on the cash influx that comes with being the West Coast’s answer to Daytona Beach.

Though she also made it clear that this wasn’t going to be an entirely dark remake. “Particularly now, you want to see a girl who’s fighting for good,” she said. “You want to see a superhero without a cape who has nothing at her fingertips but her wit and her intellect. You want to see her better the world around her. People want to see a hero again.”

In this week’s Television Critic’s Association winter press tour, Hulu’s VP of originals Craig Erwich spoke of the “mature'”update of the show’s revival.

Of course, we’ve already seen Veronica deal with a “contemporary,” post-college life in the 2014 film. But the revival of a series offers a chance to delve deep into the character and her world in the way we originally knew her.

What say you all? How excited are you to open up your marshmallow hearts to the world of Neptune? What are you most looking forward to? Let us know in the comments.