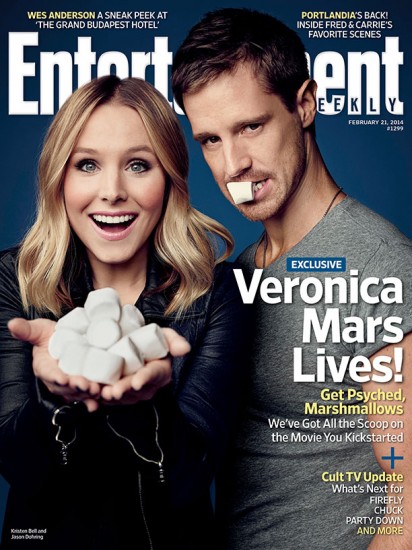 How many of those marshmallows do we think Kristen Bell and Jason Dohring ate during he photoshoot? Because I would have eaten all of them.