The VelociPastor Trailer | The Mary Sue

A group of filmmakers have posted a fake trailer for The VelociPastor, which is not a real movie about a troubled priest who turns into a killer dinosaur — but it could be. The comments posted on YouTube or on Undead Backbrain will determine whether or not 19-year old Brendan Steere, along with his cast and crew, will pursue a full-length feature based on their trailer. Need convincing? Please, allow me to convince you!

The synopsis of The VelociPastor is as follows:

A priest loses his parents, and in his hour of darkness begins to question his faith. Of course, during this dark period he is also scratched by an ancient piece of ember, allowing him to transform into a dinosaur and give in to his baser urges. Soon he discovers that indulging in these murderous desires might not be all evil. Sometimes, to make things right, people have to die. Sometimes a lot of people. Enter the man of the clawth. How long has it been since your last confession?

What a conundrum! It’s kind of like Wanted meets The Incredible Hulk meets The Exorcist meets Jurassic Park! I think the only thing I’m considering is if this is meant to be a legit monster-horror movie or a campy, silly fun ride of a flick along the lines of Evil Dead 2 or Dead Alive (okay, maybe not that campy). If the latter, then this could be amazing to see as a full-length film. If the former … then I cross my fingers for them to find the funding for some really, really good special effects and write a really, really good script. But if the resounding opinion by commenters (assuming they don’t count trolls) is to just stick with the kickass trailer, then it’s still a pretty kickass trailer. 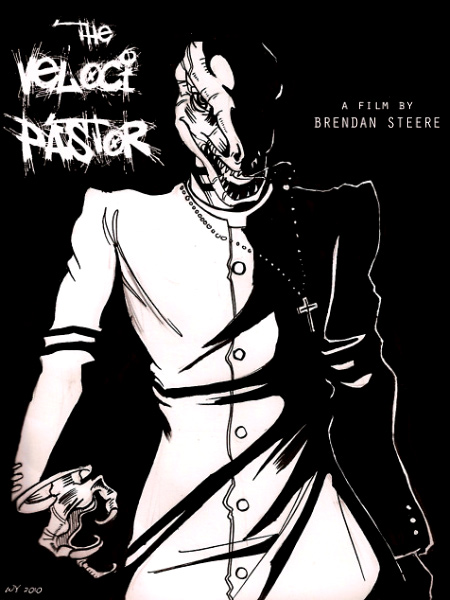