What Happened to Veep? I Blame Trump. 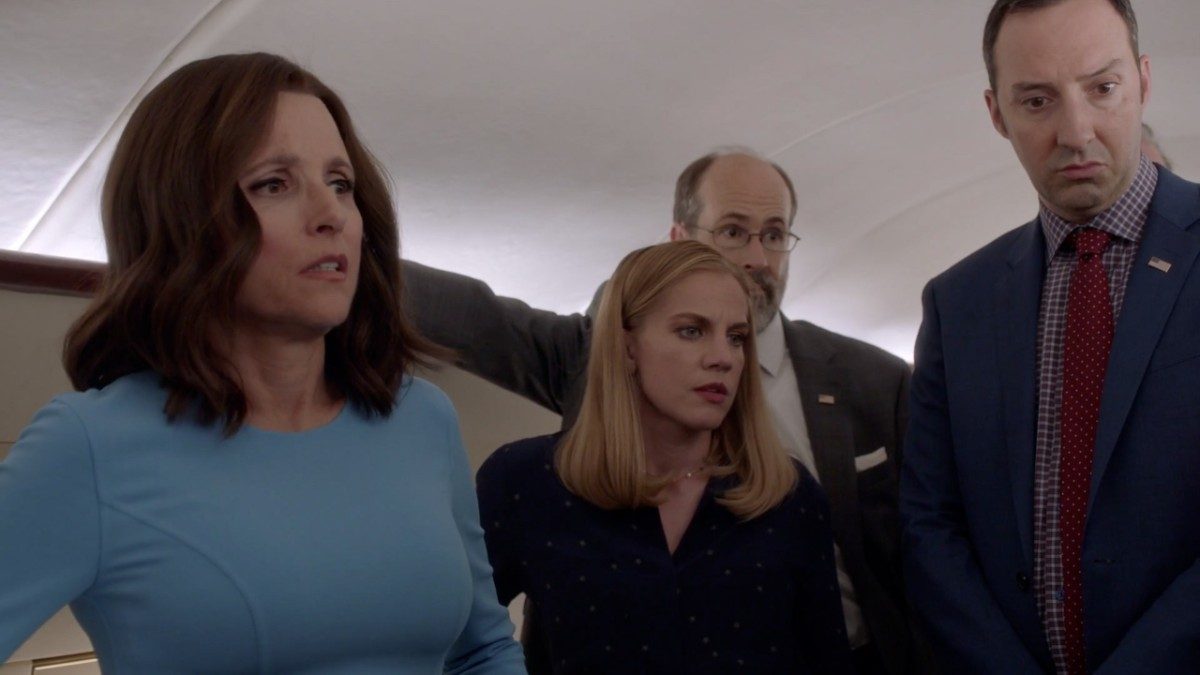 For six seasons, Veep was consistently one of the best, smartest, funniest shows on television. It might not even need that “one of” qualifier. It even managed to stay brilliant after the departure of its creator and showrunner, Armando Iannucci, who left after the fourth season. The show survived that loss. But it could not survive Donald Trump.

From its first episode, the seventh–the current and also final–season of Veep has felt off. It used to have this way of very accidentally, and therefore eerily, mimicking our political landscape. Now, though, it appears that the writers are taking actual political events and relationships and finding ways to put them onscreen. The focus then is less on these despicable yet compelling characters and more on giving audiences familiar scenes to chuckle at.

So much of this season has felt directly plucked from headlines. Jonah has terrible opinions on vaccinations and also launched a take on birtherism, demanding Selina’s birth certificate to prove her age. This week (spoilers), Selina was a Julian Assange-level bad roommate during her brief asylum stay at the Finnish embassy. And do not get me started on how badly the show has ruined my beloved Amy by turning her into a Kellyanne Conway knockoff.

Rather than masterfully capturing the overall scope and tone of politics, giving us that trademark Iannuccian window into the human flaws that turn grand political structures into corrupt power-grabs, what we now have feels more like a series of mediocre SNL punchlines, pointing out the already overly obvious absurdity of specific current political situations. It’s far less clever, less compelling, and worst, the show has sacrificed its characters in its quest for immediate relevancy.

Selina has always been single-mindedly focused on her goal of rising to the highest political office. But early on in the show, when Selina was actually the Veep, her biggest obstacle (in her eyes, at least) was the current president, Hughes, who kept her from assuming any real power. It’s telling that we never actually saw Hughes, not just because he was unimportant to Selina’s story, but because these politicians–Selina included–are basically interchangeable. She doesn’t care about the American people (she kind of despises the American people) and she certainly doesn’t want to be president because she thinks she’d be better at it than anyone else. She just feels she deserves that specific form of power.

All of that is still true this season, but rather than mock the institution that breeds this kind of narcissism, the show is focusing on Selina as a specific monster. At a time when we’re all invested in the Mueller investigation and now report, seeing exactly what he was willing to do to get elected, it’s far less fun to see Selina weigh the benefits of a mass shooting or offer actual Tibetan lives to China’s President Liu in exchange for his help in her latest presidential bid.

Amy’s journey (oh no, I wasn’t supposed to get started) has also always been about power. Her latest evolution could be argued to make some sense, as she has always sacrificed her well-being and much of her integrity in dedication to helping someone else ascend. She doesn’t even seem to care about the candidate, just the power and the winning, so she could jump from Selina to Buddy Calhoun to, sure, even Jonah. I might be able to buy her changing her entire image, as she would certainly know the impact of a Conway-esque mouthpiece. But then Dan compliments her (“I almost offered to help your career, then bang you, then tell everyone in the office you’re an unstable slut,” a peak Dan compliment) and suddenly she’s crushed by his rejection of her and the presence of his new girlfriend? A Trumpian uses weaponized femininity to get her critics and opponents to underestimate her. She is not actually as weak-willed and dependent as Amy seems to have become. That weird character development wasn’t worthy of her and it was a waste of her screentime, let alone her brain space.

Veep was at its best when it was existing in a world parallel to our own political hellscape. Now that it seems to have jumped timelines, it’s far less entertaining. With only one episode left in this final season, we will (presumably) get a cap on Selina’s arc. At this point, I just don’t know if it matters.