To the rest of us, not so much. 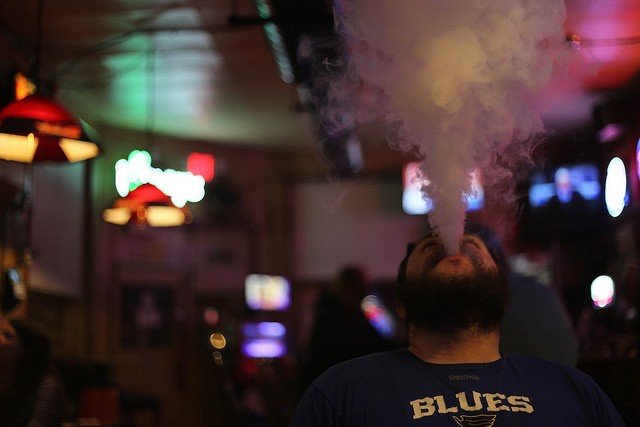 Vaping certainly is an alternative to smoking if you absolutely must inhale smelly clouds of something and then exhale them for others to breathe, but whether or not it’s a safe alternative to cigarettes is still under scrutiny. However, scientists in the UK have concluded that, even if vaping isn’t necessarily “safe,” it may present benefits that outweigh its negatives.

… To people who are trying to quit smoking, anyway. Researchers at the Royal College of Physicians stated in a 200-page report that “for all the potential risks involved, harm reduction has huge potential to prevent death and disability from tobacco use,” which they point out is the “biggest avoidable cause of death and disability, and social inequality in health, in the UK.” Basically, from the available scientific literature on the effects of e-cigarettes, it seems that turning people to vaping for nicotine intake, instead of smoking tobacco, sees at least a reduction in harmful effects. They do mention that vaping is also harmful, but they’re choosing to look at the “substantially smaller” risks as a bright side.

It’s also a kind of defeatist view on eliminating the damaging effects of smoking, as it’s essentially a solution that hinges on getting people hooked on the lesser of two evils instead. However, it might also be a more realistic solution (realistic solutions frequently, in my experience, seem defeatist) than just convincing everyone to quit smoking, as it could be a huge help in doing just that. The University of Nottingham’s John Britton, leader of the committee that created the report, told the New York Times, “This is the first genuinely new way of helping people stop smoking that has come along in decades … [E-cigarettes] have the potential to help half or more of all smokers get off cigarettes. That’s a huge health benefit, bigger than just about any medical intervention.”

On the other hand, the RCP doesn’t see any evidence that vaping leads people to take up smoking, which would kind of ruin the whole thing. Still, they are worried that the tobacco industry would try to turn it into a smoking gateway, because of course they would. American scientists are even more concerned, with Kenneth E. Warner, a professor of public health at the University of Michigan School of Public Health, telling the Times, “The British are saying, ‘Let’s see how we can help the main smokers today, who by the way are largely poor and less educated, and let’s not focus so much on kids, who may or may not be sickened by this 40 years down the line.’”

Whatever the case, I’m 100% on board with the RCP’s recommendation of “sensible regulation,” at least. If vaping helps someone quit smoking, that’s (probably) great, but that doesn’t mean everyone else wants to inhale a smelly cloud of grossness that’s only really healthy compared to inhaling cigarette smoke.

(via Gizmodo, image via Paul Sableman)