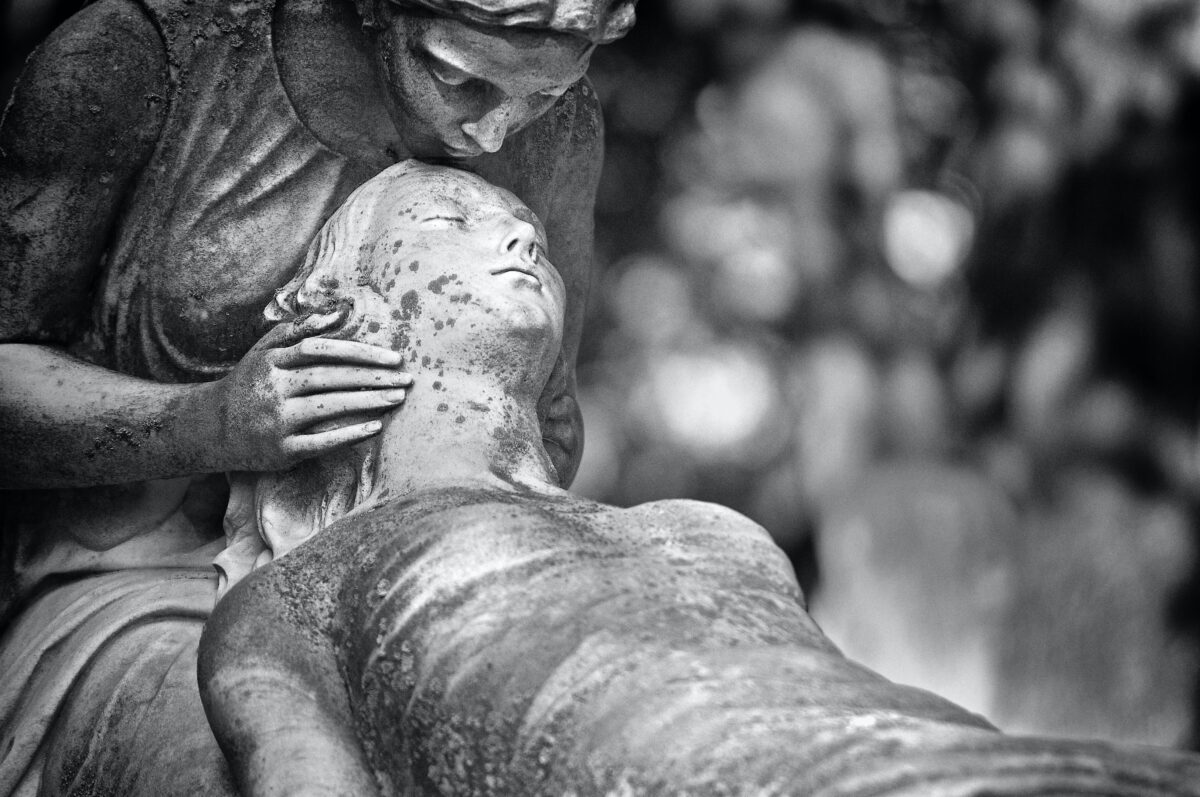 When we think of vampires, we think of castles in Transylvania and Romania; of nobles in flowing capes turning into bats and draining the blood of young, virginal ladies. You don’t necessarily think of rural New England and a nation grappling with the ravages of a brutal disease and trying to find any excuse for it, even if it was the undead.

But that’s what happened right here in America, from around the founding of America and on into the 1890s, and it’s known as the “New England Vampire Panic.”  The panic hit its peak in the mid-19th century, long after superstitions of witches and demons might have faded, but just as other ideas of spiritualism rose and America faced deadly perils on many fronts. In villages across the Northeast, communities lived in fear as their members wasted away, seemingly consumed from within by a force that could only be supernatural.

Just picture it. A lonely New England town tucked away among the fields and the woods like something out of Washington Irving story. It seems happy and normal until people start dying. But not just dying, growing thin and weak and pale, as if the very life is being drained from them bit by bit. Like their very blood and breath is gone. And it spreads through families, first one victim consumed, then another. This menace tore through families. What were people to do?

Well, dig up the grave of the first person to die became an easy answer. And when terrified people started digging up graves and found bodies that were eerily preserved with nails and hair that had seemingly kept growing after death? The only answer was vampires. They would dissect the body, and if they found blood in the organs, they would behead the supposed vampire. Or cut out their heart. Or even buried the corpse.

Now you and I know (because of science) that these corpses weren’t drinking people’s blood or draining their life. We know that blood gathers in organs and that the process of decomposition makes it seem like nails and hair are growing, but these people didn’t. Hence the whole “panic” part of the equation.

This panic lasted for decades, spreading from Rhode Island to Connecticut and even further west, where evidence of “vampire” exhumation has been found by folklorists and other interested parties. And it seemed to be justified. Across the whole area people were getting sick, seemingly at random, and wasting away as if they were being slowly drained of life. Vampires seemed the logical explanation, because these people had no idea how germs worked and didn’t understand that the affliction consuming their friends and loved ones wasn’t from beyond the grave. It was tuberculosis.

Tuberculosis, then called consumption, was (and still is) a terrible disease that wiped out entire families, and huge swaths of the population in New England, specifically in the 1800s. Some estimates put the death toll at around 25% of New England’s population. That’s staggering. Think of the toll of COVID and multiply it over 1,000 times and you get how massive the impact of this disease was.

But even so, it wasn’t understood, especially in rural areas. When one person would get sick and waste away and then their family would get sick as well, there wasn’t always the understanding that it was the result of a communicable disease. They just thought the first person to get ill in the community had been turned into a vampire and then started killing their family and others.

One such supposed vampire was Mercy Brown, known now as New England’s “last” vampire. She lived in Exeter, Rhode Island, and when tuberculosis came for the Brown family, the results were devastating. First the mother, Mary Eliza, died in 1882, then sister Mary Olive in 1886, then brother Edwin Brown became ill. He sought treatment but when he returned home in 1892 to find his sister Mercy has passed rather quickly, suspicions arose.

Though it was understood that the Browns had died of consumption, people were still very afraid and an alternative explanation for the deaths and Edwin’s continuing illness and deteriorating health was offered. Evil, diabolical forces. Mercy Brown was exhumed in March of 1892 and her body (thanks to the cold winter) had not decomposed. There, right by her grave, Mercy’s heart and liver were cut out, burned, and made into a tonic that was given to Edwin. He died two months later.

The New England Vampire Panic at first seems like distant history, a curious tale from a bygone time when people just didn’t understand science and disease. But as a new respiratory disease ravages our country and people are placing their faith in everything but science to deal with it? It feels like the New England Vampires aren’t so far fetched. Is refusing to wear a mask and claiming COVID is a hoax that much different from believing in vampires that you could kill and defeat, instead of a disease that’s going to destroy your family?

People have different responses to terror, the unknown, and the things we can’t control. For years humans have blamed witches, vampires, and Satan for a lot of the terrible parts of life we just can’t fight, but wish we could. Now people blame imagined groups of super-elite pedophiles (and still Satan!), but hopefully now a few more people know that wearing a mask is a better guard against disease than eating the ashes of a corpse heart.