Valkyrie Would Destroy Killmonger in a Fight. Next Question. | The Mary Sue

Valkyrie Would Destroy Killmonger in a Fight. Next Question, Please.

Like Tessa Thompson, we agree that Valkyrie would crush Killmonger in a fight. 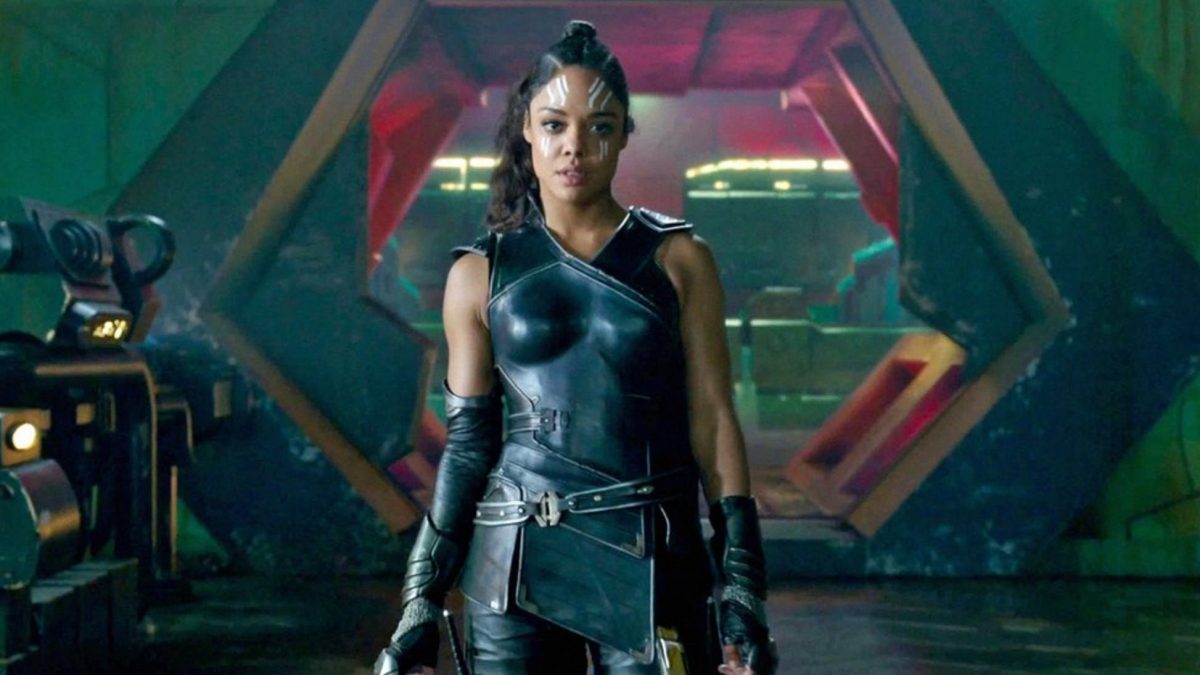 Is it really a question? Valkyrie, who helped Thor take on Hela in Thor: Ragnarok, is part of a powerful group of Asgardians. The Valkyrie were the bravest of warriors and were there to defend Asgard against unforeseen foes. When it came to the battle with Hela, most of the Valkyries were killed off, with the exception of the Valkyrie we know and love.

So why would Killmonger stand a chance against her? Killmonger, who is the son of N’Jobu (brother to T’Chaka and uncle of T’Challa), goes back to Wakanda to claim what he believes is rightfully his. Without the power of the Black Panther, he is just a man. Yes, he had military training that gave him strong fighting skills, but still, he’s just a human man, and that much was made clear at the end of Black Panther when T’Challa defeated him..

With that knowledge in mind, Michael B. Jordan had to know that Killmonger would lose terribly to Valkyrie the minute the question left his lips in his joint interview with Tessa Thompson.

The two stars of Creed II interviewed each other to promote the movie, and of course they had to pay homage to their roles in the Marvel Cinematic Universe. They even fan cast Winston Duke as Clubber Lang’s song in a potential Creed III showdown, but of course, we all want to see Killmonger try to sweet talk his way into taking down Valkyrie.

You know, which would never happen because it’s Valkyrie, and she could still crush him even when drunk.

tessa insisting that valkyrie would win over killmonger in a fight is bde pic.twitter.com/Bo2rJc19kF

This isn’t the first time two Marvel actors have been together in another movie. Elizabeth Olsen (Scarlet Witch) and Jeremy Renner (Hawkeye) were in Wind River together last year, and fans loved to ask them about their MCU characters, as well. In fact, Thompson is going to be in a Men in Black spinoff with Thor: Ragnarok costar Chris Hemsworth.

So, it’s par for the course that the actors of the MCU get asked about their superhero counterparts. What makes this interview so great is that Tessa Thompson doesn’t even let Michael B. Jordan finish the question. As soon as “Killmonger” leaves his mouth, she responds with “Valkyrie,” because our girl Tessa knows.

Sadly, we won’t get to see the fight take place, since Killmonger meets his maker at the end of Black Panther, but we can dream of these two taking each other on—maybe even a training montage when Valkyrie tries to train Killmonger to help the Avengers fight against Thanos? Maybe we can just put in the pretty incredible training montage from Creed II, but make it Killmonger and have Valkyrie there in the desert with him.

Though we won’t see a Killmonger/Valkyrie showdown any time soon, so Creed II as-is is probably the closest we’ll get.