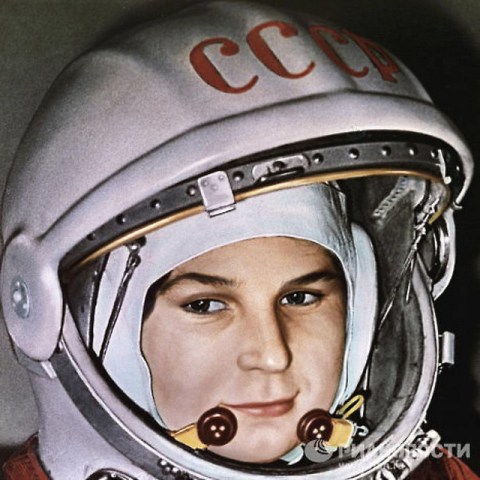 It seems that, despite making a big deal about sending the first woman into space, the former USSR wasn’t nearly as keen on the idea as they made themselves out to be.

Cosmonaut Valentina Tereshkova, the first woman in space (and to this day, still the only woman to make a solo flight), recently told the BBC that despite the enthusiasm her government showed for her achievement, it wasn’t enough to completely change their ideas about what a woman could or should be allowed to accomplish in their space program. In a chat with the BBC at an appearance promoting the new “Cosmonauts: Birth of the Space Age” exhibit at the British Science Museum, Tereshkova said:

We had been preparing for another female flight but it was (the head of the space programme) Sergei Korolev’s decision not to risk women’s lives because one of the women in the space corps already had a family.

We were against that decision. We wrote to the central party committee disagreeing with the decision.

At the time, the then-leader of the USSR, Nikita Khrushchev, even bragged about Tereshkova – but only because he could rub the United States’ face in it during the Cold War. Khrushchev said in a speech:

The bourgeoisie always claim that women are the weaker sex. Now here you can see a typical Soviet woman who in the eyes of the bourgeoisie is weak. Look at what she has shown to America’s astronauts. She has shown them who is who!

Tereshkova even spoke with Khrushchev while she was in space, where he told her:

Valentina, I am very happy and proud that a girl from the Soviet Union is the first woman to fly into space and to operate such cutting-edge equipment.

Yet it still took another nineteen years for the Soviet space program to send another woman into space – Svetlana Savitskaya, the first woman to fly on the Soviet Space station Salyut 7. Still, Tereshkova is happy, if humble, about her achievement, and is thrilled for continued female contributions to space programs all over the world. When asked what she’d tell another woman who aspires to space travel, she said, “”Work hard and you will get there. I am very jealous of you!”