V.E. Schwab on Diversity, Comics, and Badass Lady Pirates in Shades of Magic: The Steel Prince 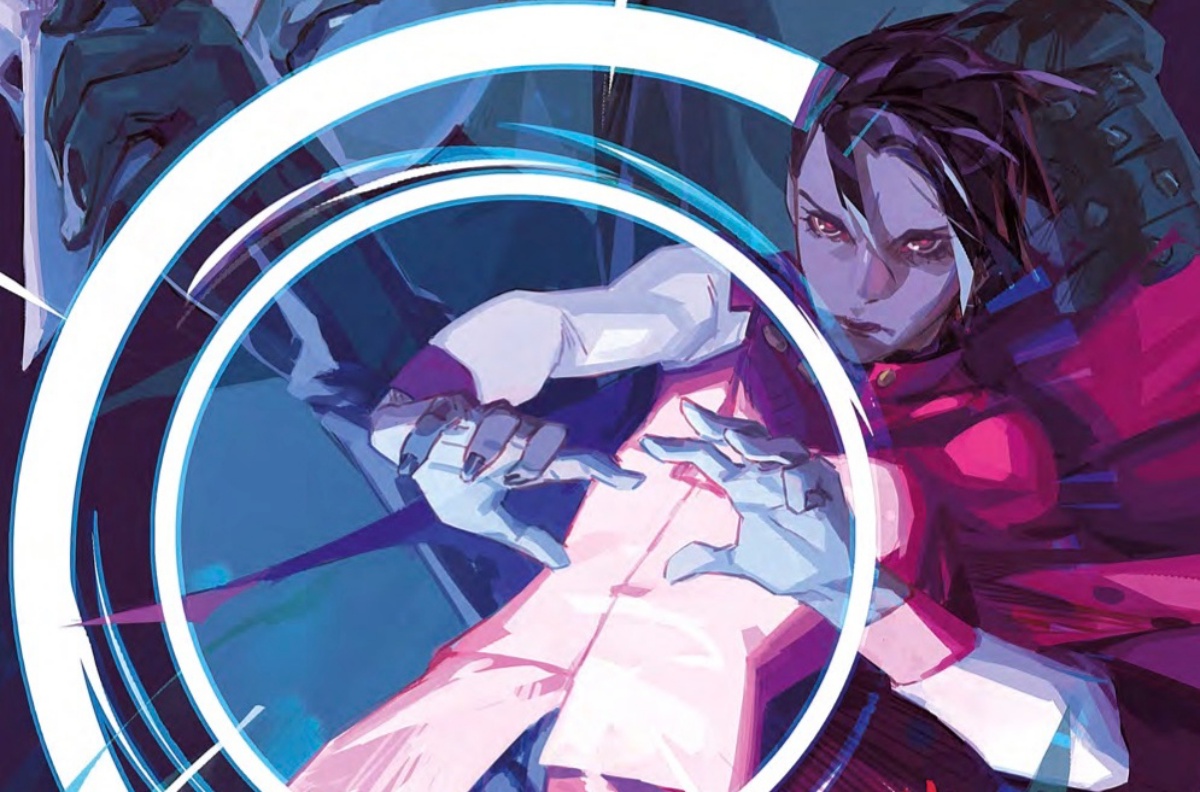 V.E. Schwab is a name you’ve heard if you’ve been paying attention to the current landscape of queer and inclusive fantasy works. Having written under the names V. E. Schwab and Victoria Schwab, she has managed to cover pretty much every age of prose readership, from children to YA to adult, and now onward into comics.

Based on the universe created in her YA series Shades of Magic, this new incarnation of the world is a prequel story called Shades of Magic: The Steel Prince. It follows Kell and Rhy’s father, Maxim, as a young man.

For those unfamiliar with the series, the first book, A Darker Shade of Magic, is about Kell, one of the last Antari—magicians with a rare, coveted ability to travel between parallel Londons: Red, Grey, White, and once upon a time, Black. He officially serves as an ambassador between the parallel Londons, but unofficially, he’s a smuggler. He runs into Delilah Bard, who robs him, and shenanigans ensue.

The series has been highly regarded by readers and critics, and in speaking with V.E. Schwab, we found that despite all her success, Schwab is still very humble and committed to leveraging comics to bring more diversity to the world. That’s why this prequel, starring Maxim Maresha, a dark-skinned prince, with his female guard Irsa, a lesbian woman, is such a fantastic change.

“This is something I’ve really wanted to do for a long time,” Schwab said in an interview with me back in October, “because the comics are going to bridge the space between Shades of Magic and Threads of Power.” Threads of Power is Schwab’s next series entry, which will take place in the world of Shades of Magic with new characters.

In crafting the comic, it transformed a process that was usually solitary into a really collaborative experience between the author and the two artists she was working with, Andrea Olimpieri and Enrica Angiolini. “It has been one of the most joyful experiences I’ve ever had,” Schwab said of developing her comic writing skills. “It took months, and it’s still a continuous education.” As an author who already leaned more towards dialogue than description, it was ultimately a smooth transition.

One of the benefits was also being able to very clearly illustrate what characters looked like in her mind, which is both a pro and a con in transitioning her work from the written word to the page. “Readers might be dissatisfied because ‘that’s now how I pictured that character,’ but it’s also incredibly important to be able to codify a character’s appearance. I can’t promise you this is how Shades of Magic looks in your head, but it’s how it looks in my head. That’s exciting.”

In crafting the characters of Irsa and other female characters present in the books, Schwab made a point to create characters who were both aspirational for her as someone who isn’t very feminine, but who also highlight feminine power and femininity.

Irsa embodies some of the strengths of her previous female co-lead, Delilah Bard, because Irsa is in the military, however, that’s contrasted with Arisa, who is a pirate queen. Arisa is an awesome character, a bone magician with gorgeous long white hair, who knows how badass she is and is constantly “feeling herself,” as Schwab put it.

“She is a force to be reckoned with” who we meet at the end of issue one and will be an antagonist force in the series. Bone magicians, in this world, have some of the most powerful magic, and Schwab was conscious of giving the power of bodily autonomy to a woman.

I have enjoyed reading the series and getting to know these characters, while also enjoying the fact that we have access to comic stories about brown and queer characters who just get to go on adventures and fight lady pirates, because lady pirates are the best. 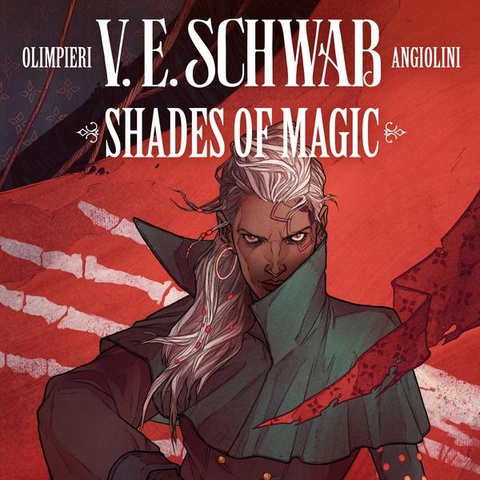 We are also so pleased to share this special look at the upcoming third issue that’s out next Wednesday (December 12, 2018). 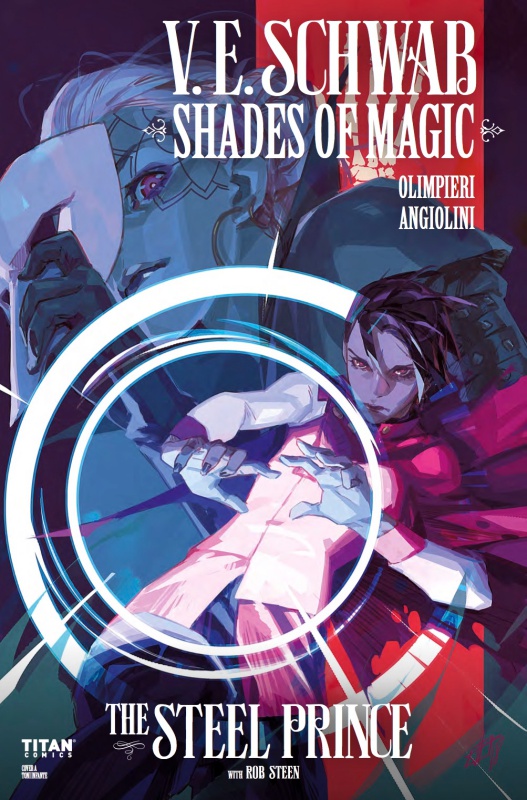 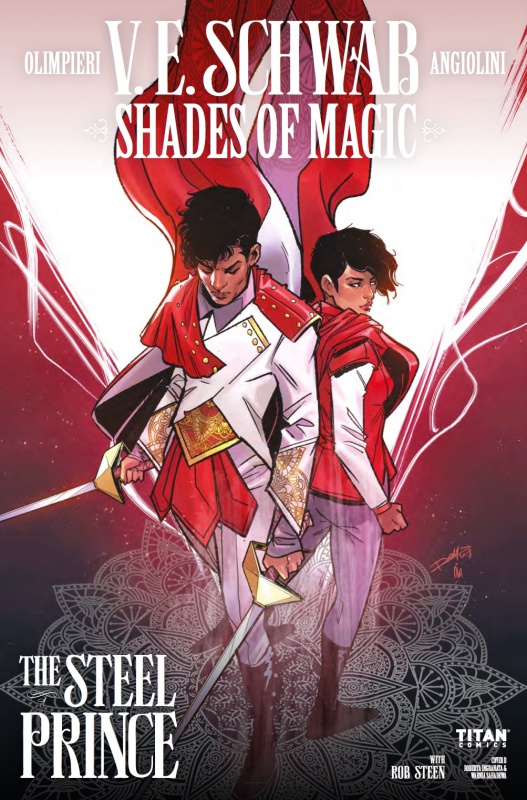 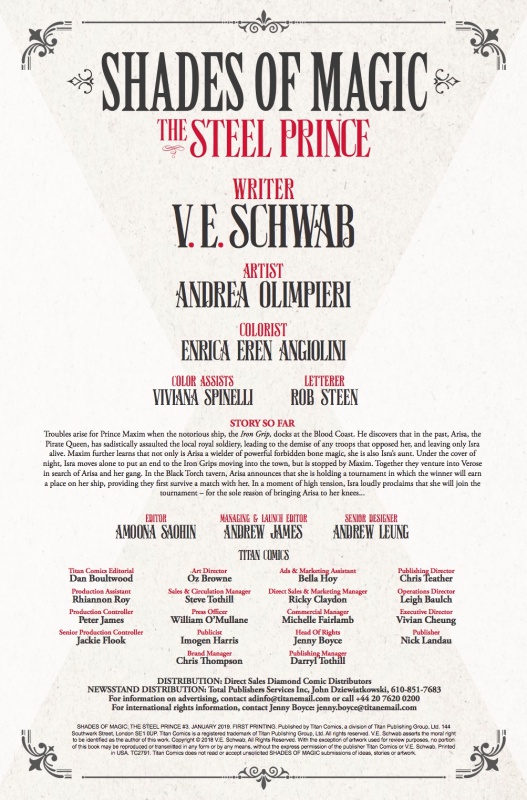 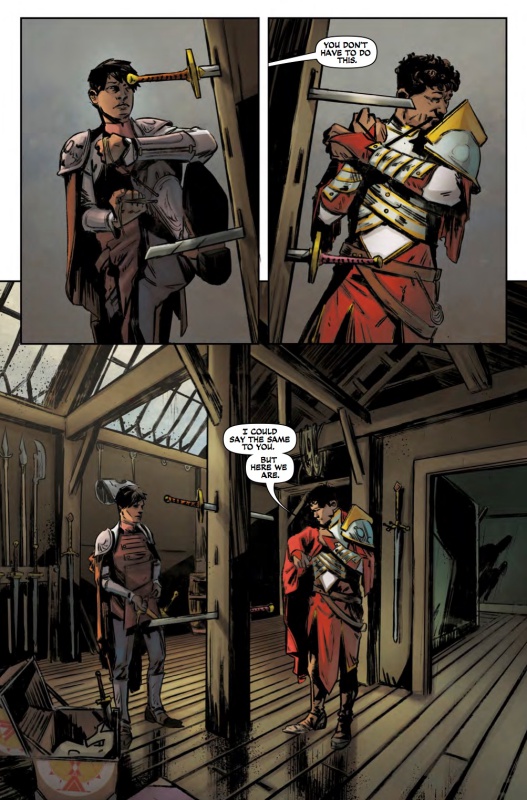 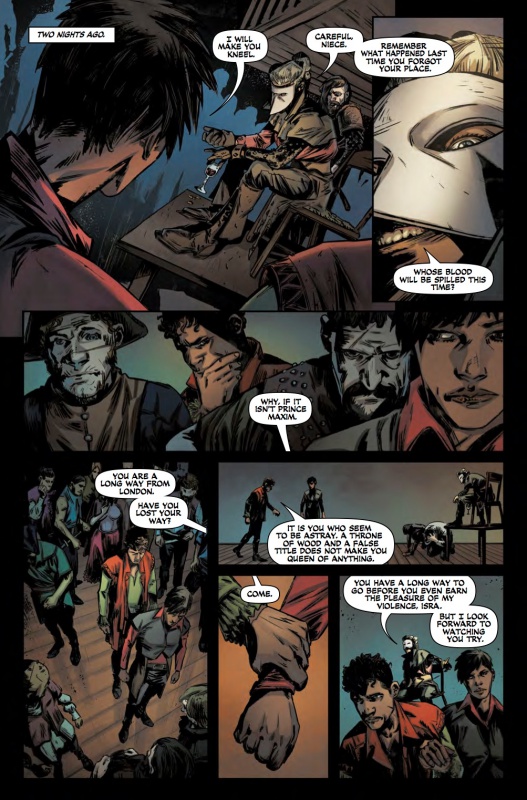 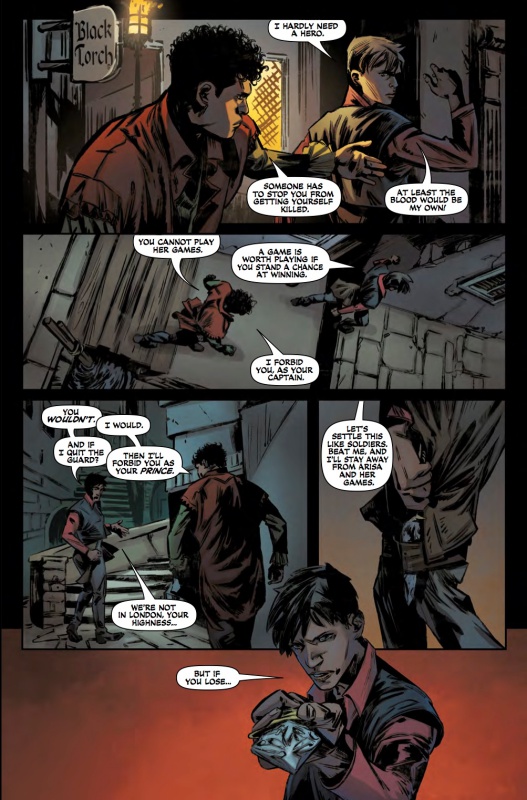 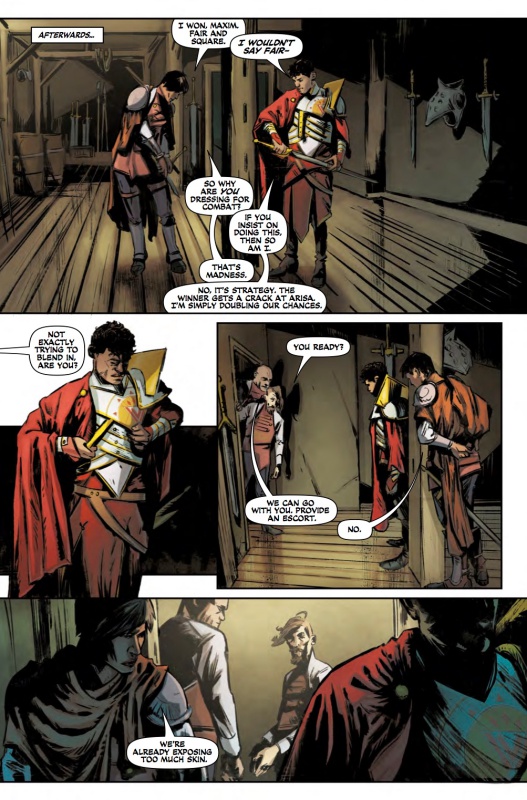 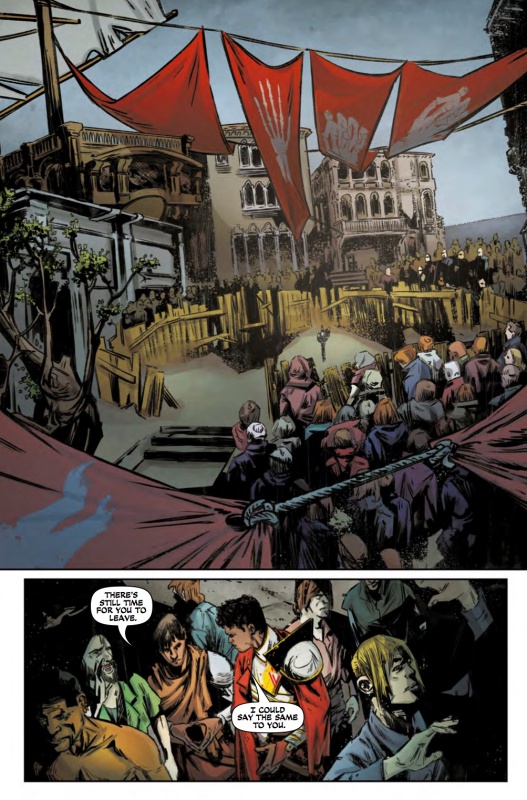 The illustrations are so amazing because you can see the diversity that fills the world, giving it even more depth, and as readers, there is no mistaking who anyone is or is not. Fans of the series who want to read the single issues can check them out on digital comic sites like Comixology ,and you can preorder the whole first arc, in the collected format, early next year.