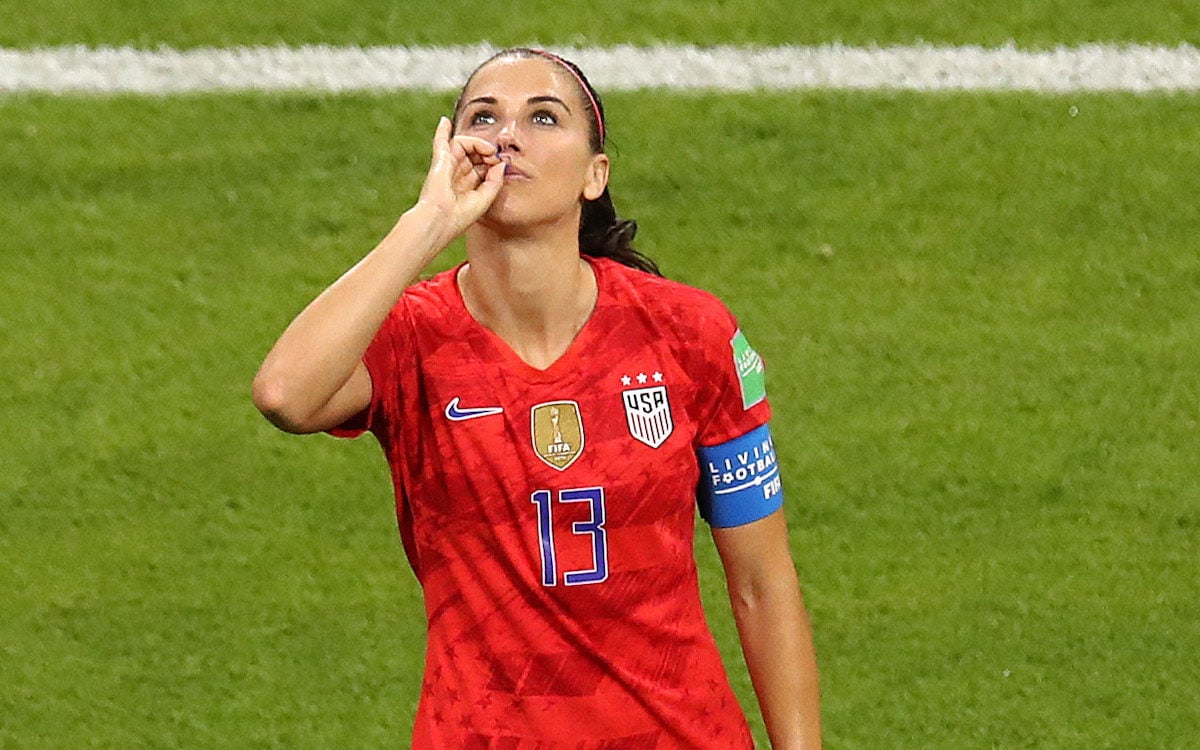 Last month, the U.S. Women’s National Team faced criticism for, as their critics saw it, celebrating their goals too hard.

In a match against Thailand, the team came away with an incredible 13-0 victory, but because this was the World Cup, they celebrated each and every one of those goals. They were proud of themselves and they did the sorts of show-off victory moves all teams do. You see this is men’s sports all the time. But when women do it, it’s considered distasteful. If we win, we’re not supposed to make a big deal out of it.

This week, the USWNT had another victory, this time over England. They won 2-1 and after scoring the first goal, Alex Morgan celebrated by miming sipping a cup of tea.

It was a silly, unexpected, harmless gag.

But that didn’t stop a whole lot of people from finding a way to be really upset over it.

Seriously, it was not this big of a deal:

Randos on Twitter have been calling the women arrogant, rude, disrespectful, and much worse. A lot of these people aren’t English and they’re definitely not even offended. Piers Morgan wrote that with her tea-mocking, “Morgan may as well have declared war on us.” But even he–even Piers Morgan–had to admit that the women had earned their gloating.

No, most of the people expressing outrage don’t care about the specific gesture. They would have laughed and cheered or just ignored it if a male player had done the same thing. These people just wanted something specific to point to when they spew their misogyny. Because that’s all this is. These women are winners and they unabashedly like winning. They’re openly prideful. And that pisses a lot of people off.

Megan Rapinoe had the best possible response to those people.

Megan Rapinoe responding to criticism that Alex Morgan’s tea-sipping celebration was distasteful: “Wah, wah, wah. It’s like, we’re at the World Cup. What do you want us to do?

“We work hard, we like to play hard.” pic.twitter.com/KNPuFWD1Se

Wah wah wah indeed. None of the criticism being lobbed at the team deserved any more of a response than that.