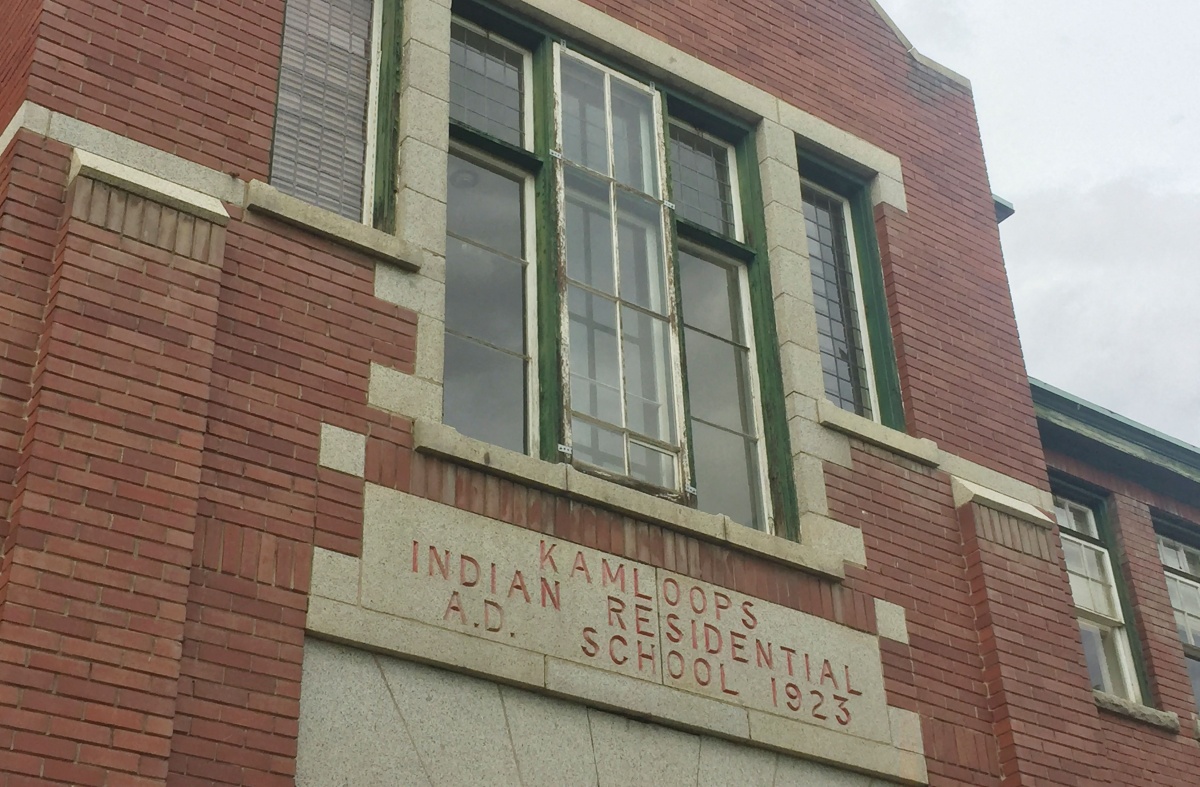 215 bodies of Indigenous children were found in an unmarked burial site last weekend on the grounds of a British Columbia school set up as a residential school to assimilate Indigenous people.

Chief Rosanne Casimir of the Tk’emlups te Secwepemc First Nation, according to The New York Times, announced on Friday that ground-penetrating radar had discovered the remains near the site of the Kamloops Indian Residential School.

“It’s a harsh reality and it’s our truth, it’s our history,” Chief Casimir said. “And it’s something that we’ve always had to fight to prove. To me, it’s always been a horrible, horrible history.”

This revelation has, once again, highlighted the dark legacy that Canada has when it comes to its treatment of First Nations people. The Indian residential school system was set up by the government and administrated by Christian churches who were looking to “kill the Indian” by assimilation into European traditions and committing a cultural genocide of Indigenous traditions.

Residential schools forcibly removed children, by the hundreds of thousands, from their families and subjected many to physical and sexual abuse. The generational trauma of these events has been seen in communities today, but this trauma is not in the distant past. While the first residential school was set up in 1828, the last school didn’t close until 1996. Anyone older than 25 years old grew up with the horrible vestiges of this imperialism and cultural genocide still beating.

Kamloops itself did not close until the 1970s.

According to National Truth and Reconciliation Commission that was set up by the Canadian government, at least, “4,100 students died while attending the schools, many from mistreatment or neglect, others from disease or accident.”

That still doesn’t account for the systemic racism and disenfranchisement that exists, including the high rates of missing and murdered Indigenous women and queer folks.

Prime Minister Justin Trudeau made a statement about this: “As prime minister, I am appalled by the shameful policy that stole indigenous children from their communities.”

“Sadly, this is not an exception or an isolated incident,’’ he said Monday. “We’re not going to hide from that. We have to acknowledge the truth. Residential schools were a reality – a tragedy that existed here, in our country, and we have to own up to it. Kids were taken from their families, returned damaged or not returned at all.”

“The pain that such news causes, reminds us of our ongoing need to bring to light every tragic situation that occurred in residential schools run by the Church,” Archbishop J. Michael Miller of the Vancouver Archdiocese said in a statement following the news. Kamloops was run by the Catholic Church and in 2018, Pope Francis rejected a direct appeal for an apology from Prime Minister Justin Trudeau.

In light of all this, people in government like Sol Mamakwa, an opposition lawmaker with the New Democrat party in Ontario, has called on the government to search the grounds of other former residential schools. “It is a great open secret that our children lie on the properties of former schools. It is an open secret that Canadians can no longer look away from,” he said.

Correction: This article originally described the burial site as a “mass grave.”