Fan entitlement hits a new peak with this nonsense. 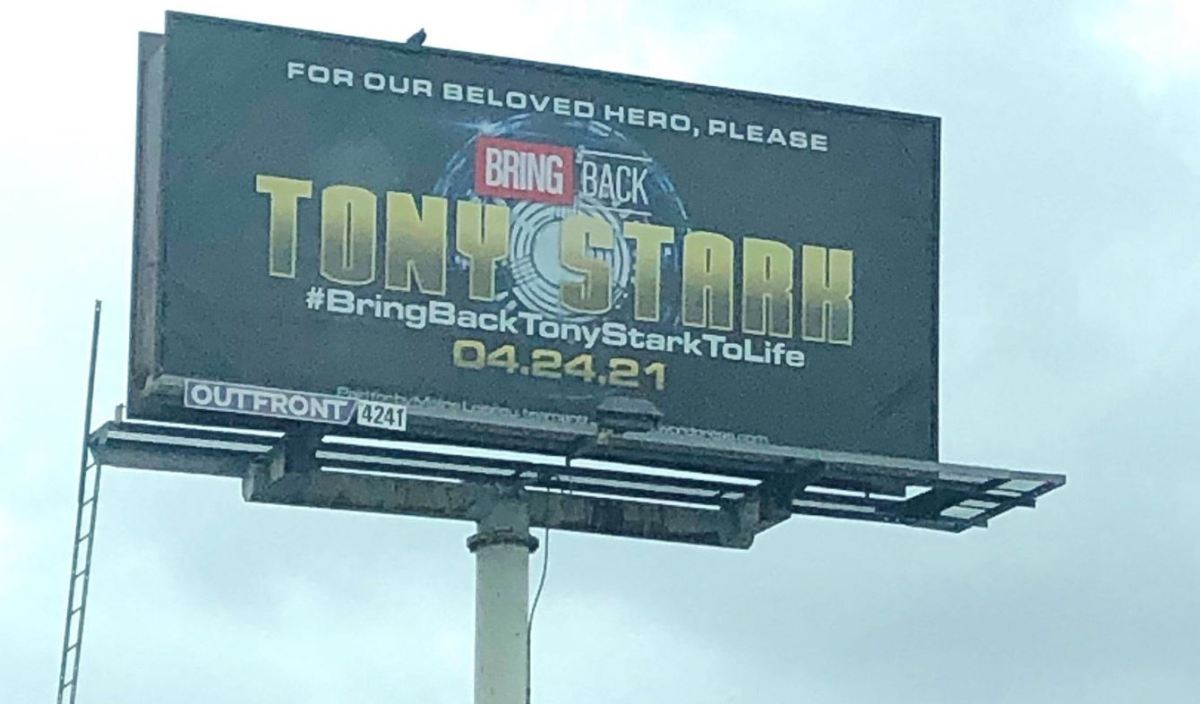 A new fan-funded billboard in Los Angeles is begging Marvel to resurrect Iron Man himself, Tony Stark. The billboard is yet another example of entitled fandom gone wild, from a community that was emboldened by the release of the Snyder Cut. And look, I was thrilled that Zack Snyder got to finish his version of Justice League. But Snyder’s return has opened a portal into toxic fandom, where wishful thinking and absurd fan requests lead to this exact kind of nonsense.

I mean, what is it exactly that these fans want from Marvel and Robert Downey Jr.? The man has already appeared in 9 Marvel movies over the span of 13 years, he probably wants to play a different character already. It would be one thing if this were a character that was ill-served by their franchise, or was written off/chased off due to virulent treatment from viewers (hello Rose Marie Tran). But Tony Stark has held center stage in the MCU since he launched the mega franchise with Iron Man in 2008.

A new billboard has been put up by fans in Los Angeles, and asks Marvel Studios to bring the Iron Man, Tony Stark, back to life. pic.twitter.com/JtG2GvdzmL

Few other characters have had the hero’s journey that Tony Stark was afforded. When the character dies in the finale of Avengers: Endgame, he sacrifices himself to bring the world back and defeat Thanos. Tony Stark literally saves the universe. It doesn’t get bigger or more heroic than that.

Stories need stakes to keep audiences invested and entertained. If characters can be endlessly revived, then their deaths have no emotional impact. It’s the same reason why our favorite films and series see people fight, break up, cheat, and make bad decisions. It’s called DRAMA, people. If you want to enjoy something that’s all fluff and happy endings, then check out fanfiction.

"Make it so that nothing ever has stakes" is a cool take on a creative endeavor. https://t.co/hOw1cCJLwP

It’s also wildly presumptuous to think that a major studio will spend hundreds of millions of dollars because some nerds wasted money on a billboard. Do they honestly believe that Kevin Feige will be driving down Sunset, spot this billboard, pull over his car and exclaim, “The MCU is broken! Let’s re-plan Phase 4!” It’s absurd and shows a complete lack of understanding of how the entertainment industry functions. It is also insulting to the hundreds of talented people who worked to bring the character you love so much to life.

This billboard and the impulse behind it is a fail on every possible level, down to the frustratingly worded hashtag #BringBackTonyStarkToLife. Whoever funded this billboard needs to bring back themselves to reality and get a grip. You’re embarrassing yourselves and the fandom with this audacious nonsense.