Look at that little chonk! 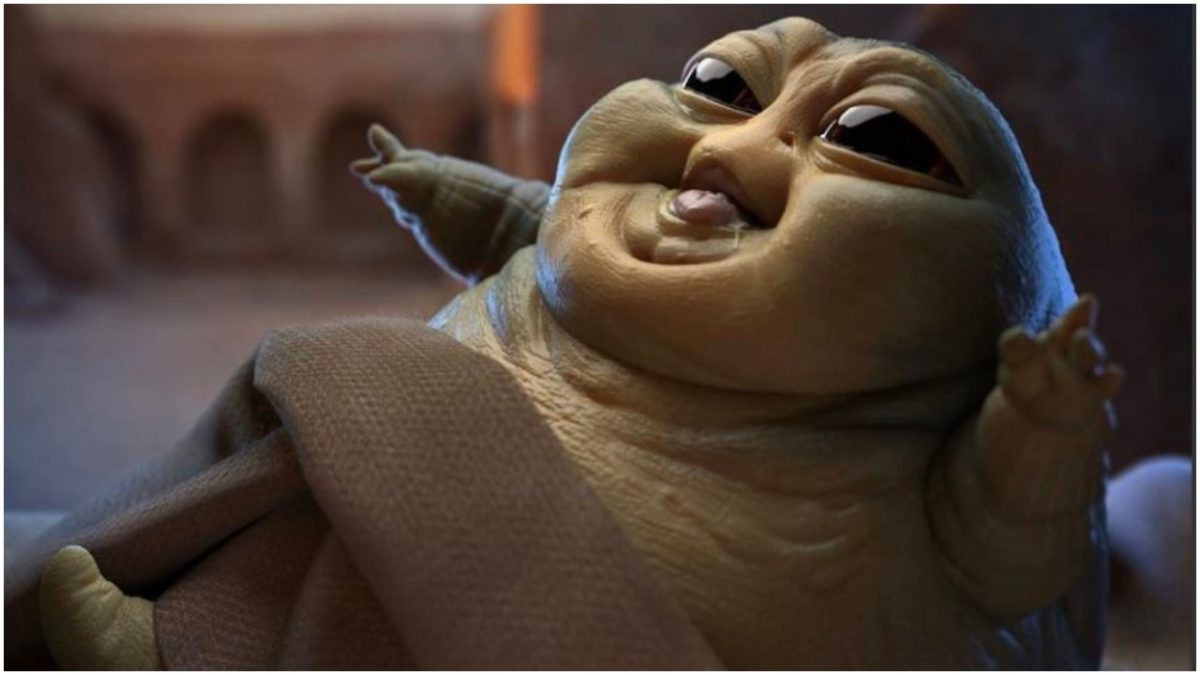 Gird your loins and say goodbye to your expendable income! Baby Star Wars mania shows no signs of slowing down. Of course, we’ve all fallen head over heels for Baby Yoda, a.k.a. “The Child,” who was introduced to the world via Disney+’s The Mandalorian. Now, 3D artist Leonardo Viti has delivered our next new obsession: Baby Jabba the Hutt.

Sorry guys I could not resist… Baby Jabba! Could this be the new star in @themandalorian? Or maybe someone else…? I’m open to suggestions! Let me know in the comments 👇 For more swipe 👈 or go to https://www.artstation.com/artwork/W2o6eQ

Look at that chonky little slug bug! While the internet loses its collective mind over the cuteness, Disney is hard at work squashing all the unauthorized merch, toys, and trinkets that have cropped up to the fill the void of Disney-branded Baby Yoda merchandise.

The mega-studio has never been one to shy away from merchandising the hell out of its properties, and George Lucas famously made his billions by retaining the merch rights to his creations. But Disney’s reasoning in holding off on the Baby Yoda merch flood was in service of keeping the plot of The Mandalorian under wraps.

Jon Favreau said as much in an interview with Collider, where he was quoted saying,

I have to thank Disney and Lucasfilm, because the way the cat usually gets out of the bag with that stuff is merchandising and toy catalogs and things like that. So they really back us up. We really wanted to have it be that you had to watch it yourself, so that every time you watch the show, there are new twists and secrets that come out. That requires a lot of restraint from the people who are footing the bill, saying they’re gonna hold back on certain things so that the public doesn’t know ahead of time. Part of that was holding back on some of the merchandise and holding back on some of the characters.

Naturally, artisans and crafters have flooded sites like Etsy with their own Baby Yoda products, and Disney is working to squash all the unauthorized toys, hats, salt shakers, MAGA merch, etc.

So far, Disney has issued complaints with Etsy, which has been delisting various Baby Yoda products. Unfortunately for consumers and sellers, this means delays in product shipping and sales issues. While Etsy does enforce an intellectual property policy, many creators are circumventing the process by simply renaming their merch and excluding highly searchable terms like “Star Wars” and “Baby Yoda.”

I totally get the intellectual property argument, but at the same time … are individual sellers really taking that big of a bite out of Disney’s profits? I imagine that even top-selling Etsy products are barely a drop in the bucket compared to what Disney rakes in.

In the meantime, Disney is rolling out Baby Yoda merch as fast as they can, with a plush toy and a Build-a-Bear version in the works. So, if you want to enjoy something handmade, hop on over to Etsy and grab those “alien baby” toys before they’re gone for good.

(via The Verge, image: Leonardo Viti)