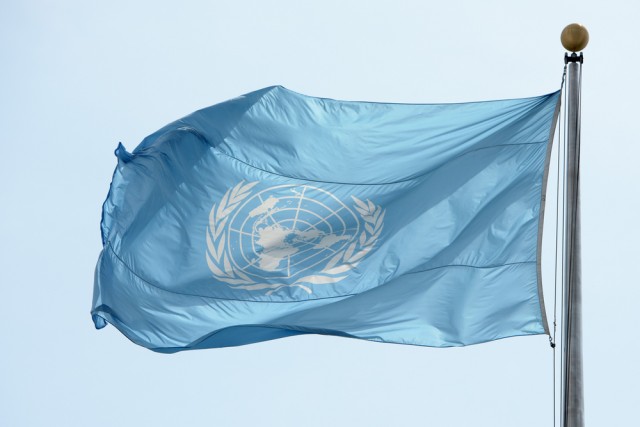 A UN working group who had been researching discrimination against women in the United States has recently published their results, and folks, it isn’t good. The report pretty much confirms what a lot of us have known for a while: it sucks to be a woman in the United States.

To sum it up, the letter from the group reads:

… in global context, US women do not take their rightful place as citizens of the world’s leading economy, which has one of the highest rates of per capita income. In the US, women fall behind international standards as regards their public and political representation, their economic and social rights and their health and safety protections.

On public and political life:

Four out of 15 members of cabinet are women. Women hold 19.4% of Congressional seats and their representation in state legislatures varies widely between 12.9% and 46.2%, with an average of 24.9%.

This represents the highest level of legislative representation ever achieved by women in the United States. However, it still places the country at only 72 in global ranking.

It’s disappointing to think that we’ve got more women represented in government than ever before, but we’re still pretty far behind when compared with other countries. It lends a bit of context to the status of things, doesn’t it?

When it comes to economic standards with regards to the labor force, the working group was especially unhappy when it came to the substandard workplace accommodations for pregnant women and women with children. They wrote:

… we are shocked by the lack of mandatory standards for workplace accommodation for pregnant women, post-natal mothers and persons with care responsibilities, which are required in international human rights law.

And the wage gap?

The gender wage gap is 21%, affecting women’s income throughout their lives, increasing women’s pension poverty. During the last decade little improvement has been made in closing it.

According to various stakeholders we met, Texas and Alabama do not allow lawfully residing immigrants to enrol in Medicaid even after completion of the federal waiting period of five years. We heard appalling testimonies of migrant women who were diagnosed with breast cancer but could not afford the appropriate treatment.

Perhaps most interesting are the working group’s findings about prostitution and sex work.

The United States has a long way to go when it comes to women’s rights. Sure, things are better than before, but that’s no reason to stop striving for better. Most damning of all is their conclusion, which reads:

While the current administration has consistently expressed its unconditional support for the cause of women’s equality, we regret to observe a gap between rhetoric and reality. As many stakeholders have underscored, the extreme polarisation of politics is profoundly affecting the ability of the Government to ratify CEDAW and to guarantee women’s human rights.

We understand the complexity of federalism but this cannot be regarded as a justification for failure to secure these rights. Under the Vienna Declaration, these rights are universal, indivisible and inalienable.

The full report is well worth a read, if only for an outsider’s perspective of how things seem to be working in our country for women.