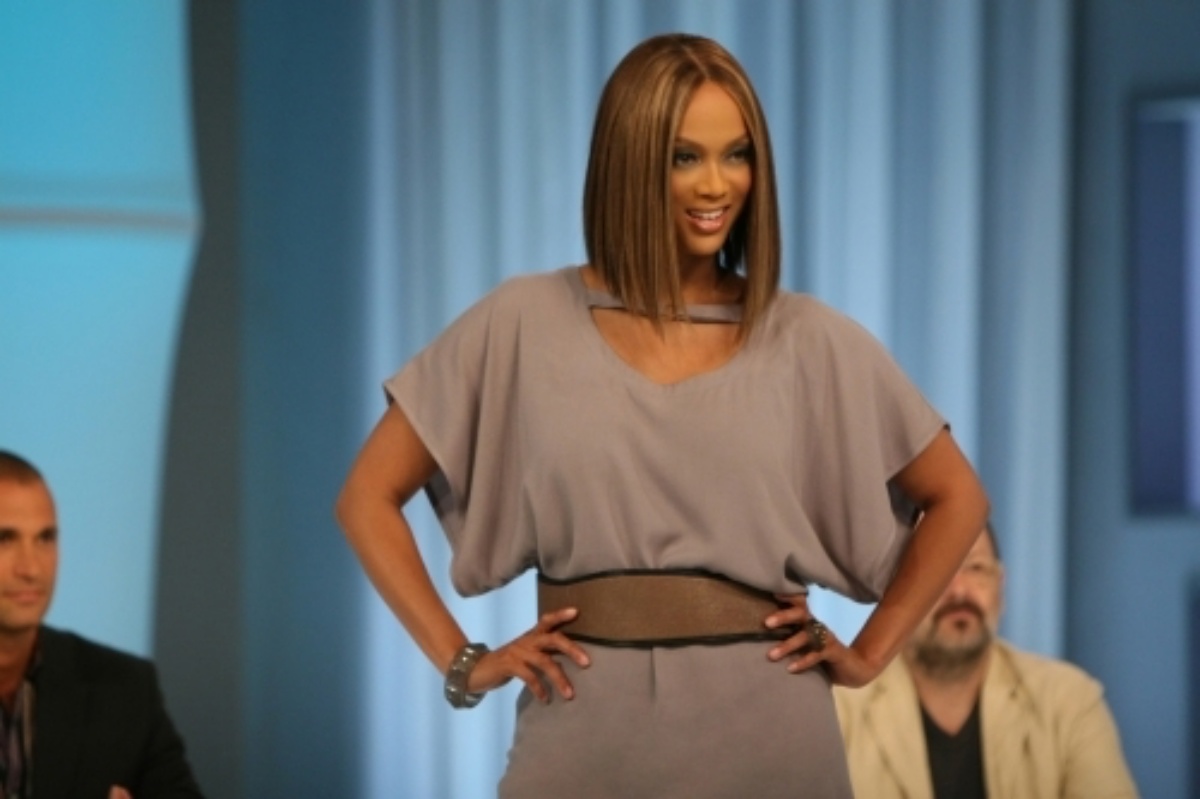 Tyra Banks caught a lot of flack for the recent social media conversation surrounding America’s Next Top Model and people really taking issues with the racism, transphobia, and just lack of care that seemed to take place on the show. Recently, Banks and others behind the scenes have been addressing the callouts.

Been seeing the posts about the insensitivity of some past ANTM moments and I agree with you. Looking back, those were some really off choices. Appreciate your honest feedback and am sending so much love and virtual hugs. ❤️

Banks’ apology wasn’t specific, but despite that, at least it was the beginning of taking responsibility for what the show and its voice did to beauty culture in general. “Really off choices” doesn’t go far enough, in my mind, but hopefully it is the beginning of a conversation and not the end of one.

In addition to Banks, Ken Mok, who served as one of the show’s producers, replied to the tweet, clarifying that there are a lot of people who need to respond for the things that happened, including himself.

Want to reiterate what @tyrabanks said. I look at some of those #ANTM moments and cringe. Just a FYI – the entire creative team made the choices in those shows – not just Tyra. So please feel free to yell at me for some of the worst moments in ANTM history! Apologies to all. https://t.co/OzoqqXrDoU

Some might wonder what the point is, exactly, in bringing all of this up. We all know the early and mid-2000s were a messy place, and when it comes to industries like acting and modeling, there is an expectation of unrealistic standards. However, I think what makes it feel so strange is that a good chunk of us actively watched and consumed this show. A lot of that consumption wasn’t critical of the show and its messages.

Just speaking for myself, I remember initially getting braces and closing my own gap because I knew that my face would be considered more traditionally attractive that way. Thankfully, I got too lazy with my retainer and it opened again, but still, even now, I’m aware of how cosmetic dentistry and can be so prevalent and problematic.

Instagram has broadened the kinds of bodies that can be successful as models, but it hasn’t fundamentally changed the beauty standard. If anything, certain looks and standards have been maintained, while highlighting a few subversions.

One good thing I saw out of this was that Dani Evans, the young woman who was told to close her gap on ANTM, went on Instagram to “take this time to build up and to speak to all of my young queens that saw that episode that were truly affected by Tyra’s words.”

This video isn’t made for unsolicited advice, words, or paragraphs on how YOU would have handled the situation. I’m speaking MY truth aside from anyone’s opinions, beliefs, or input. I chose to use my own platform to speak so I have full control over my narrative. Watch until the very end to understand the purpose as to why I took time to even address the matter. 🤍

That is the message that should have always been a part of ANTM.