The children really are our future. 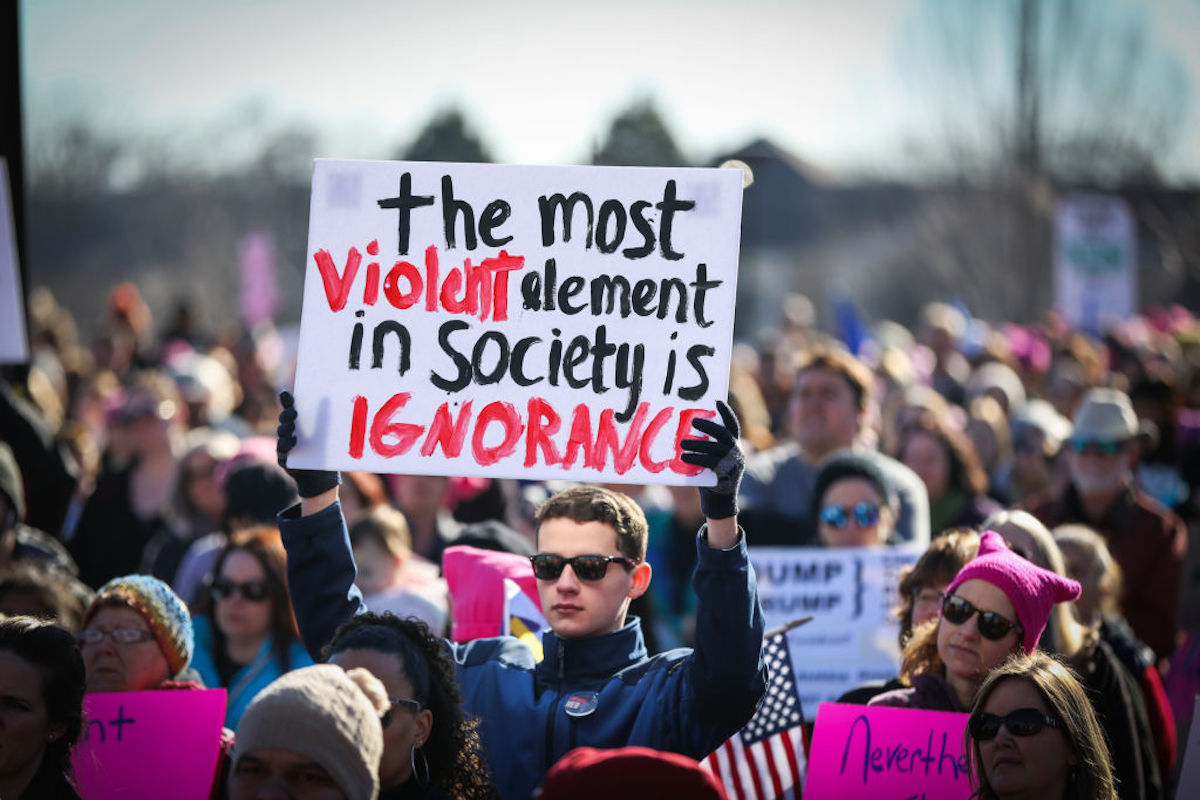 We cover a lot of women of all ages doing excellent work in the world, but it’s time to shine the spotlight on a couple of teenaged boys who are definitely the future. The Washington Post ran a story on Matias Benitez and Matt Chen, two high school students who attend Regis High School in Manhattan. Together, Benitez and Chen started a HeforShe club at their all-boys school, inspired by Emma Watson’s speech pushing for men and boys to step up in the fight for gender equality.

The Washington Post writes, “For Matias, now 17, and Matt, 16, the way to tackle these complex issues — toxic masculinity, sexual harassment, gender inequality — is for teenage boys to be a part of the solution. They sought to change their classmates’ perceptions of feminism as solely a women’s issue, and to fill a gap in a high school curriculum that too rarely focuses on women’s historyand gender issues, particularly at all-boys schools.”

The boys host weekly meetings, as well as work with their sister school Marymount to hold forums and have even marched in the Women’s March. Both Benitez and Chen talk about how the club has helped open their eyes to issues from street harassment to the simple difference between how male and female teachers are viewed. They are also working to undo the misconception that feminism is somehow a way to attack or minimize men.

“Feminism isn’t just by women for women,” Chen said at the end of the article. “It’s for everyone.”

This story brought a massive smile to my face the more I read it. This is actual feminism, allyship, and leadership in action. These young men are making an effort to listen to women and think about their own actions as well as the actions of those around them. The Post writes that “Their leadership in the club has made both boys feel more comfortable speaking up when they hear their classmates make disparaging comments about women or the concept of feminism. They try to push back on the misconceptions that being a feminist means you automatically hate men, or that the improvement of a woman’s status is tied to the lowering of a man’s status.”

As a feminist, it warms my heart to know that young men are thinking about this and pushing for more equality. Benitez and Chen are walking the walk and talking the talk with sensitivity and nuance. The patriarchy is a terrible thing, but we need to celebrate and encourage young men like these two, and the boys who are in their club. We need to talk to younger men about non-toxic forms of masculinity and encourage them to be activists and allies, rather than not letting them learn.

In high school, I was a budding feminist who dealt with boys telling me they didn’t like it when women were better than men at things, and teachers asking me which male Avenger I was going to the movie to see. If I had peers like Benitez and Chen, things might have been a lot better. These teenagers deserve all the respect and support in the world, and I cannot wait to see what they do next.

The children are our future, both female and male.