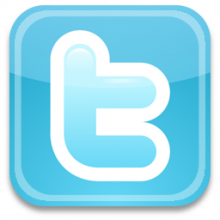 US judge Liam O’Grady ruled this past Thursday that Twitter must hand over information regarding Birgitta Jonsdottir, a member of the Icelandic parliament and also a supporter of the controversial anti-secrecy site Wikileaks. The ruling comes after months of fighting to keep what Jonsdottir views as private information out of the court’s hands, and could have far wider implications.

According to the UK Guardian, investigators were probing Wikileaks’ release of footage that showed Reuters reporters being fired upon and killed by US helicopters in Iraq. As part of their investigation the US Justice Department subpoenaed Twitter, requesting that the microblogging service hand over the IP addresses of Jonsdottir and others associated with Wikileaks. In addition to IP addresses, investigators also sought mailing addresses, bank information, and user names.

Jonsdottir called the decision, “a huge blow for everybody that uses social media.” The Guardian quotes her as continuing:

“We have to have the same civil rights online as we have offline. Imagine if the US authorities wanted to do a house search at my home, go through my private papers. There would be a hell of a fight. It’s absolutely unacceptable.”

Disconcertingly, the Justice Department sought the information without a warrant using a 1994 law called the “stored communications act.” Further upsetting privacy advocates was the fact that the individuals under investigation had no knowledge that their accounts were being targeted. The issue only came to light after Twitter challenged the subpoenas given to the service.

Those challenges apparently did not survive judicial scrutiny, as Thursday’s ruling sided with the Justice Department. Judge O’Grady concluded that not only was the information relevant to the investigation, but that because Twitter users voluntarily gave Twitter their IP addresses when signing up for the service, their IP addresses were not private information. Again, from the Guardian:

While the broader implications of case are yet to be known, the case is sure to turn heads across the world and around the web.