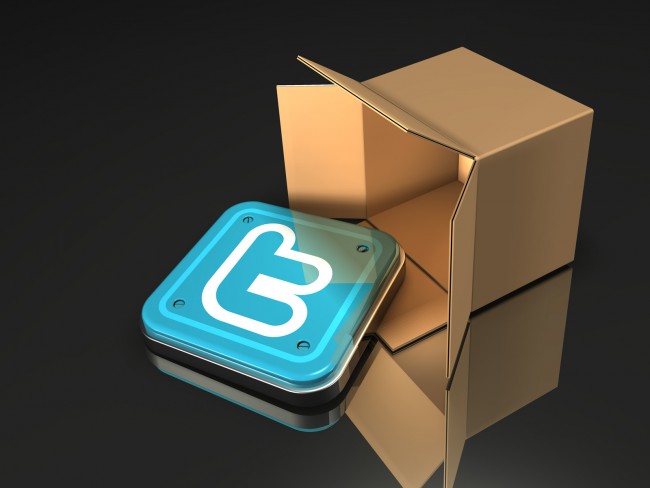 Twitter has just put out a new transparency report covering January through July of 2016, and here’s one interesting data point that has increased, ever so slightly: content removal requests, and information requests about users’ accounts.

Specifically, Twitter has received slightly more government requests for user information this year, in comparison to the requests of this nature that they received back in 2015. It’s only 2% more requests, but it’s still a change that’s worth noting.

There’s been a general increase in content removal requests as well, at 13% this past quarter. A far bigger spike in that area happened halfway through 2015, as Twitter’s graph from the transparency report indicates. Most of these requests come from other countries besides the United States, by the way: 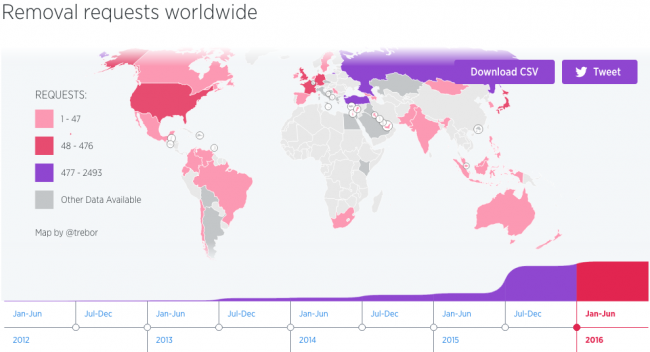 As for what kinds of content can spark a removal request, Twitter described some examples: “we may receive a court order requiring the removal of defamatory statements, or law enforcement may ask us to remove prohibited content such as Nazi symbols in Germany.” These types of complaints come from “governments (including law enforcement agencies), organizations chartered to combat discrimination, and lawyers representing individuals.”

Another less interesting form of content removal also happens on Twitter, and that’s DMCA takedowns. Those have also increased in 2016, and by a significant margin, at 58% compared to the previous quarter. That could have to do with Twitter’s recent actions regarding Olympics videos, which got automatically removed. At the time, many users pointed out that Twitter was devoting more resources to copyright takedowns than to combatting harassment and hate speech. It’s clear from these statistics that Twitter has certainly taken a lot of action when it comes to copyright notices, in comparison to other takedowns.

Then again, it doesn’t seem likely from these statistics that very many government or law officials have been asking Twitter to remove content of this kind, at least not here in the States. The laws surrounding online harassment and cyber-stalking in the United States still aren’t widely enforced; not all states even have laws against cyber-stalking. Even in the states where cyber-stalking is illegal, like North Carolina, it’s still difficult to secure a conviction.

It doesn’t seem like that Twitter will remove content of this type on their own, without a legal precedent. Twitter still seems to struggle with deciding what types of content to remove, having recently been accused of “censorship” after users learned that the platform had deleted some of the more odious posts that popped up during President Obama’s Twitter Q&A event. Harassment continues unabated on the platform, with no sign of slowing down, in spite of increased media attention on the problem.

Online harassment and cyber-stalking are not taken seriously by the platforms that allow it to continue without censure, nor by law enforcement. Unless that changes, I don’t expect those statistics to change much in Twitter’s next transparency report. But I guess we’ll see.