The Importance of Twins for Wanda Maximoff in Marvel’s WandaVision 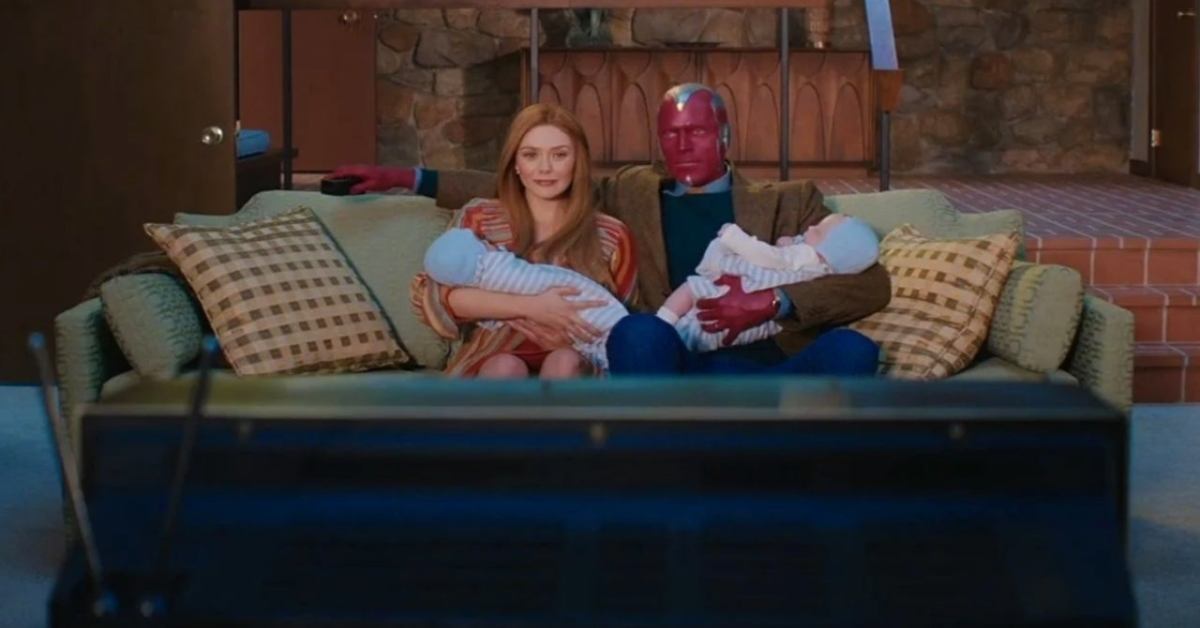 Wanda Maximoff and her twin brother Pietro came into the Marvel Cinematic Universe in Avengers: Age of Ultron, and while we didn’t get much of Pietro (probably because of Marvel not owning the X-Men rights at the time), the twins were still an important part of the rest of the MCU.

Flashforward to Disney+’s WandaVision, and we get to explore the twins in a new way thanks to “Now in Color.”

**Spoilers for WandaVision episode 3 “Now In Color” lie within.**

In the comics, Wanda Maximoff manifests her sons Billy and Tommy. The twins play an integral part of the Young Avengers and are a sign of the future of the MCU as the show up on the screen. But what’s interesting about the most recent episode of WandaVision is that the show connects them to Wanda and her own brother Pietro in a beautifully heartbreaking way.

For the first time since Age of Ultron, Wanda is openly talking about her brother with someone else in a poignant way. She’s looking at her own twins and thinking about the twin brother she lost, and starts to sing to her sons a Sokovian lullaby. And, for whatever reason, it was the first time that I realized that Wanda manifesting twin boys wasn’t just for herself, but also for Pietro.

Pietro Maximoff loved his sister; that much was obvious. He was willing to do whatever was necessary to protect her, and when he died, Wanda lost that part of herself. He was her twin brother, and his death was the start of her constantly suffering as an Avenger. It makes the sitcom nature of WandaVision that much more heartbreaking because she hasn’t really had a chance at happiness.

Even when she was with Vision, it was tainted by the fact that they were technically hiding away, on the run from the government. But Wanda is determined to make her own happy ending, which, for WandaVision, means that she’s bringing twin boys to life.

Billy and Tommy are known as Wiccan and Speed in the comics and usher in the era of the Young Avengers. There’s been hope since the announcement of their inclusion in this series that we’d also see Billy’s husband, Hulkling, on the show, and while I have that hope as well, I want to focus here on the twin imagery for Wanda and the show as a whole.

Part of the problem for me with the MCU is that we rarely get to focus our time and energy on characters like Wanda Maximoff. They’re not treated as integral to the main storyline, so they get pushed aside. The reason it hurts so much with Wanda is because she has suffered.

She lost her brother, lost her home, and was forced to hide away because the government deemed her dangerous, and when she finally found love, she had to kill him to save half the universe, only to watch him die yet again at the hands of Thanos. So now, getting to watch her manifest this happiness that has been lost to her for so long is soothing, in a way. This is how Wanda Maximoff heals, and while it might … also be her villain origin story, it is a look into the kind of longing that exists deep within her.

She clearly misses her brother, starts to cry when she brings him up, and thinks of the sibling she lost while looking at her newborn boys. Maybe, when she manifested a baby at first, she just wanted that family with Vision. But as they went back and forth on names and she went into labor, she was ready to give birth to twins, and it seems like she did so unknowingly, as if some part of her subconscious wanted her to have twins since she lost her own.

One thing I really love about “Now in Color” is the fact that Vision and Wanda do seem happy with each other, even if it is Wanda’s own idea of their relationship. In the movies, I never really cared about Vision, nor did I care about his relationship to Wanda. He was a USB drive and a joke to me.

But WandaVision has this unique ability to make me really care for Vision and want him to be happy, just as I have that same longing for my girl. When Wanda has Tommy (before she even knows that Billy is on the way), she looks to Vision and asks if he wants to meet his son as himself, and it’s something that has an emotional resonance I was not prepared for. 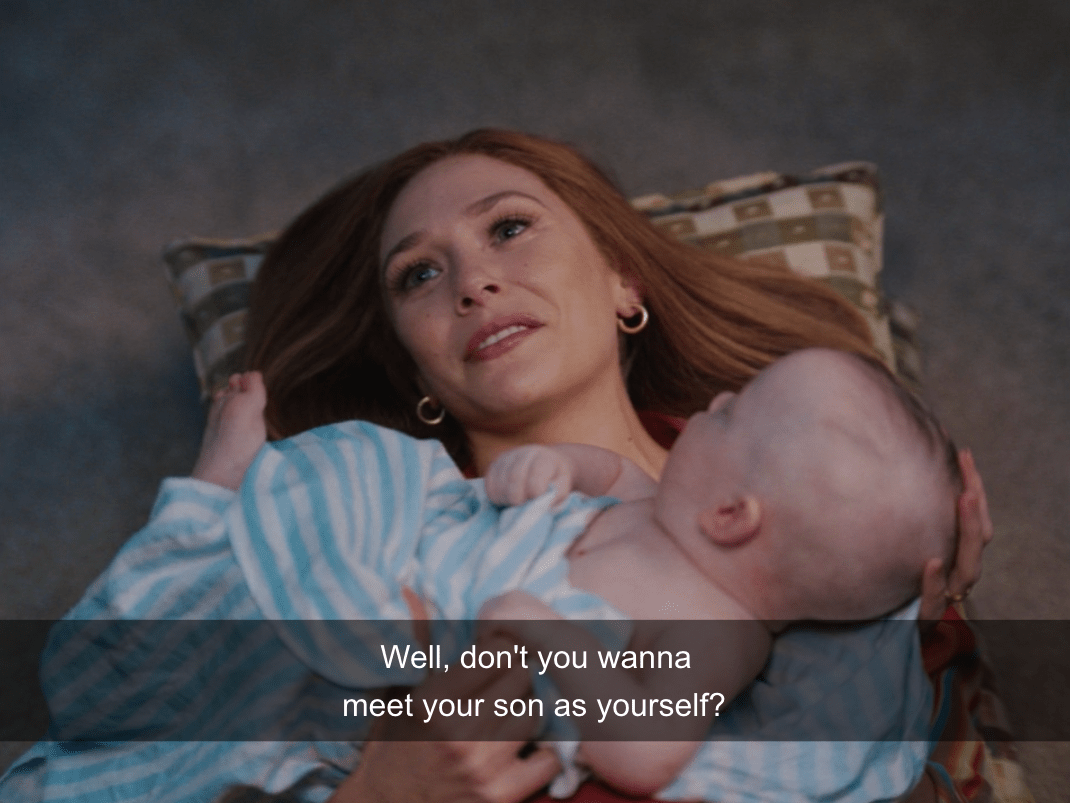 The future of Wanda and her twins is going to be interesting because she does manifest them into being in the comics. So they very much could be alive and well in the future of the MCU, and with that power established … maybe Vision won’t be that far behind, and a certain other man who is important to my favorite witch … I’m talking about Pietro. I think she’s going to manifest her brother back to life.

“Now In Color” has given us a lot to think about in terms of WandaVision, and now I have a few answers to my previous questions but also like 20 more things I need answers to.