Tumblr Just Released a New App That No One Asked For 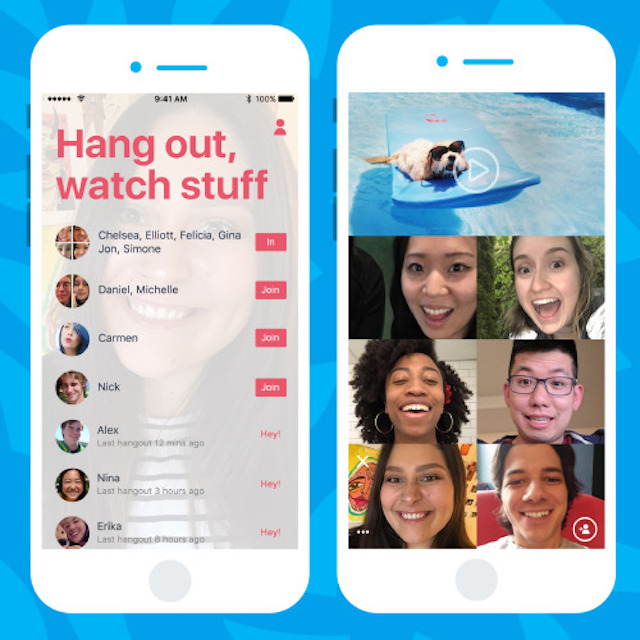 Tumblr, our #1 source for fandom gifs, has released a video chat app for iPhone called Cabana. The problem? Precisely no Tumblr users were clamoring for a video chat iPhone app.

Tumblr is a social network favored by artists, photographers, pornographers, and fandoms. I may snark about it, but it’s from a place of love (full disclosure: I once worked at Tumblr). So when I saw the news that Tumblr had released a standalone app, I was curious.

Per its description in the iTunes store, “Cabana is Tumblr’s new app for hanging out and watching stuff. Video chat with up to five of your friends while watching videos together. Anytime, anywhere. It’s just you and people you like, so you’re already camera-ready.”

Okay, deep breath while I dive into this. First of all, Cabana works through accessing your contacts—it’s based on your phone number, not integrated (at least at this time) with Tumblr proper, at all. So that means that any of my Tumblr friends/followers would need to know my phone number in order to use Cabana with me. My entire Tumblr presence is based upon people not knowing who I am in real life. Next.

And you set up Cabana by giving your phone number to a Yahoo! login screen. Next.

There are already services, like Rabbit, that perform exactly this same function. “I don’t see myself using it either. If I want to watch something with people, I just use Rabbit,” said a friend who is a longtime Tumblr user. Not to mention that Rabbit also works on your desktop, which is more practical for a video chat where you’re also watching videos than being constricted to your phone screen and data plan if you’re not around wifi.

Finally, it’s unclear what Cabana really has to do with Tumblr at all. It has no Tumblr branding beyond its icon and only sports Yahoo logos after you download it. Recode reports:

“[Tumblr founder David] Karp says he fell in love with the app when he saw a demo a few months back from Polyvore Labs, a product incubator inside Yahoo. The idea is that Cabana can offer a more intimate experience than Tumblr. Instead of interacting with strangers over shared interests, Cabana pulls in contacts from your address book.” And apparently Cabana “tested really well with 13- to 18-year-olds.”

Oookay. I don’t doubt that Karp may love the app, but its launch via Tumblr is likely just a way to promote Cabana to a younger audience without the uncool Yahoo! association. Yahoo! clearly developed this thing, in its Yahoo! lab.

Tumblr’s whole purpose is literally about interacting with strangers over shared interests, not connecting to people through your address book to watch videos. At least, this is what I and everyone I know use Tumblr for. And I and everyone I know who use Tumblr would sure as hell fall in love with some fixes to make the original app and site more usable—like, I dunno, making it easy to reply to a reply, follow from a sideblog, or add images to a post on mobile—rather than devoting time, energy and resources to video chat. Tumblr unfortunately has a reputation for adding and subtracting features that run counter to the wishes of their most devoted users.

I’m actually kind of dreading any possible future integration of Cabana into Tumblr. I know I’m old and cranky and prefer to hide behind a username and never show my face to the sun. But at least I’m not alone in thinking that Cabana feels off. Here’s a reblog of the staff announcement from Tumblr user multipledeadlybees:

Several of the reblogs continue in this fashion. Tumblr, I really do adore you and I’ve given you a good portion of my life. Please just give me the simple usability features some of us have waited years for before we get into a whole new world of apps.