Tulsi Gabbard Introduces Anti-Transgender, Anti-Abortion Bills on Her Way Out of Congress 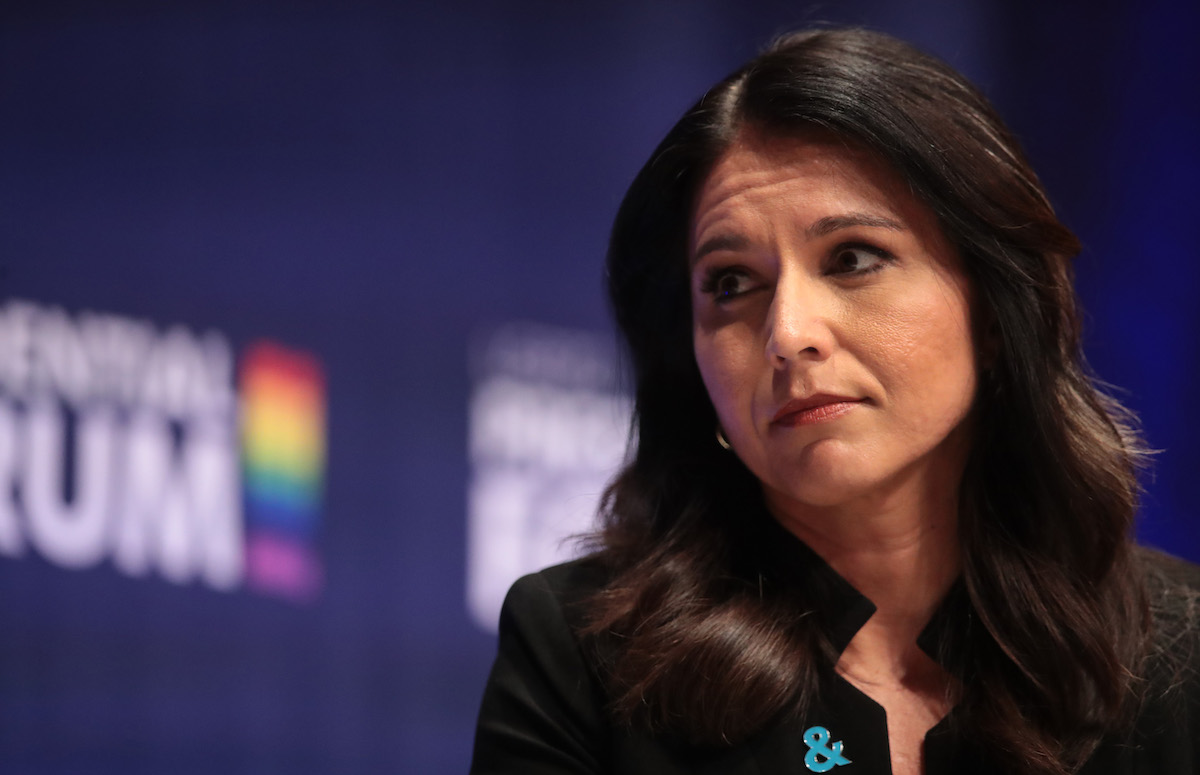 Tulsi Gabbard only has a few weeks left in Congress, since she announced last year that she wouldn’t seek re-election, apparently more than a little over-confident in her long-dead presidential campaign.

In her limited time left in office, Gabbard has decided to introduce a new piece of legislation aimed at stripping transgender people of their rights. The “Protect Women’s Sports Act” would redefine Title IX protections for women and girls in sports as being “determined on the basis of biological sex as determined at birth by a physician.”

Title IX protects against sex-based discrimination in programs that receive federal funding. Gabbard’s proposal would defund any of those programs that allow transgender women to participate in women’s sports.

Gabbard’s history with LGBTQIA issues has been rocky, to say the least. Back before she entered politics, she worked with the Alliance for Traditional Marriage, an anti-gay organization run by her father (a prominent anti-LGBT+ activist) that opposed same-sex marriage and supported conversion therapy.

When she entered the Hawaii state legislature in 2002 at age 21, she boasted about that work, specifically about succeeding in passing a constitutional amendment banning same-sex marriage in the state. In 2004, she fought to prevent same-sex couples from being able to even obtain civil unions, saying politicians were catering to “homosexual extremists.”

In 2012, Gabbard apologized for her past language and for those discriminatory beliefs. In 2013, she co-sponsored legislation to repeal the Defense of Marriage Act. She was on the House LGBT Equality Caucus during her first, third, and fourth terms in Congress.

After Gabbard announced her presidential bid in 2019, these past comments resurfaced and she apologized again, saying her beliefs have changed dramatically over the years. But clearly, they haven’t changed that much.

The idea that trans women have an unfair advantage in women’s sports persists in part because to a lot of people, it sounds like something that should be common sense. There are, of course, many more worse-faith arguments as well but to far too many under-informed people, this might just sound like it should be supported by science. But it isn’t. Things like monitoring and trying to control athlete’s muscle mass and testosterone levels aren’t rooted in science, they’re based on unscientific assumptions with transphobic, as well as sexist and often racist implications.

Gabbard also introduced another bill at the same time as this Title IX one that would offer protections for infants “who survive abortion or attempted abortion.” Which … already exist. There isn’t text for the bill available yet but seems like the idea might be to impose criminal charges on medical professionals. The whole thing demonstrates a GOP-level willful misunderstanding of what later abortions actually look like.

Tulsi, please. If you’re in your final days as a member of Congress, and you choose to spend that time introducing bills that are blatantly anti-trans and anti-choice, you’re in the GOP.