Tucker Carlson Really Tried to Come for Sen. Tammy Duckworth and Got What Was Coming to Him

What was he thinking??? 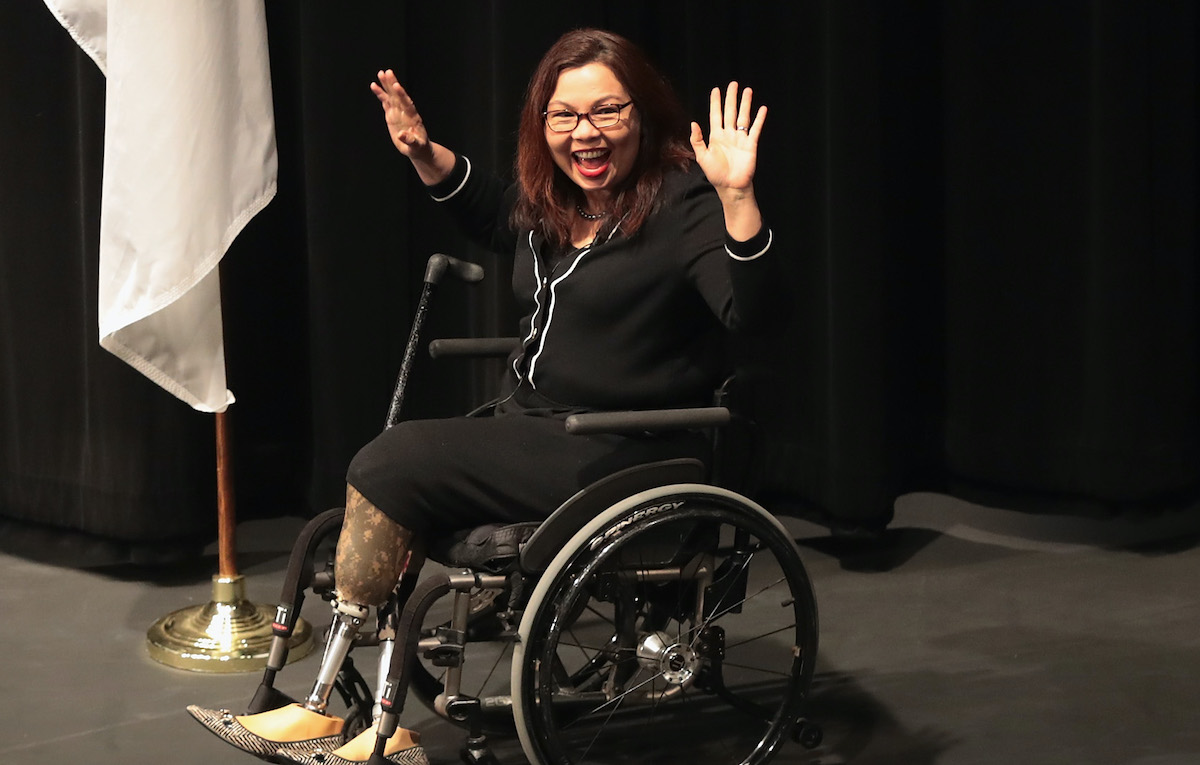 Senator Tammy Duckworth is a U.S. Army veteran. Her family has served in the U.S. military going back to the Revolutionary War (before then, actually). She lost both her legs serving as a combat helicopter pilot in the Iraq War. She was the first disabled female vet to be elected to Congress. She was the first Thai member of Congress and the second Asian-American woman. She was the first member of Congress to give birth in office and led a successful campaign to change the Senate rules to allow young children onto the floor, thereby removing a major obstacle for parents wanting to run for office.

What I’m saying is that Tammy Duckworth is an all-around impressive person who has conquered a number of firsts, all in the name of serving the United States. So, it’s pretty absurd that Tucker Carlson, who has done literally nothing for this country but sow divisiveness for profit, is trying to come for her on the grounds of being unpatriotic.

Here’s what Carlson had to say on his show Monday night:

It’s long been considered out-of-bounds to question a person’s patriotism. It’s a very strong charge and we try not ever to make it. But in the face of all of this, the conclusion can’t be avoided. These people actually hate America. There’s no longer a question about that. And yet paradoxically at the same time, they desperately want to control America more than anything. And that leads to the most basic of all questions, can you really lead a country that you hate?

That was in response to an interview Duckworth gave to CNN’s Dana Bash, where the issue of the current conversation around removing monuments to confederate figures and slaveholders briefly came up. Duckworth was directly asked about calls from some people and groups to remove statues of George Washington, and all she said was that “we should listen to the argument there” and open up a “national dialogue.”

That’s where Carlson cut the clip, ignoring that Duckworth immediately moved on to Trump’s mishandling of COVID-19 and saying she thought that should be prioritized over the discussion of monuments, but apparently, suggesting a “national dialogue” is tantamount to treason in Carlson’s eyes.

This is shameful. Former Lt. Col. Duckworth lost both of her legs in the service of her country, earning a Purple Heart, before she became a US Senator. He owes her a public apology. https://t.co/WtXgRXF42t

Carlson called Senator Duckworth a “deeply silly and unimpressive person” and framed his criticism as some sort of brave whistleblowing, saying, “You’re not supposed to criticize Tammy Duckworth in any way because she once served in the military. Most people just ignore her.”

They don’t, actually. But Carlson loves to confuse his own ignorance with a cultural assumption. It’s kind of his whole thing.

Does @TuckerCarlson want to walk a mile in my legs and then tell me whether or not I love America?