Lol, Donald Trump Spent $11 Million on a Super Bowl Ad & Everyone Hated It

This from the guy obsessed with ratings. 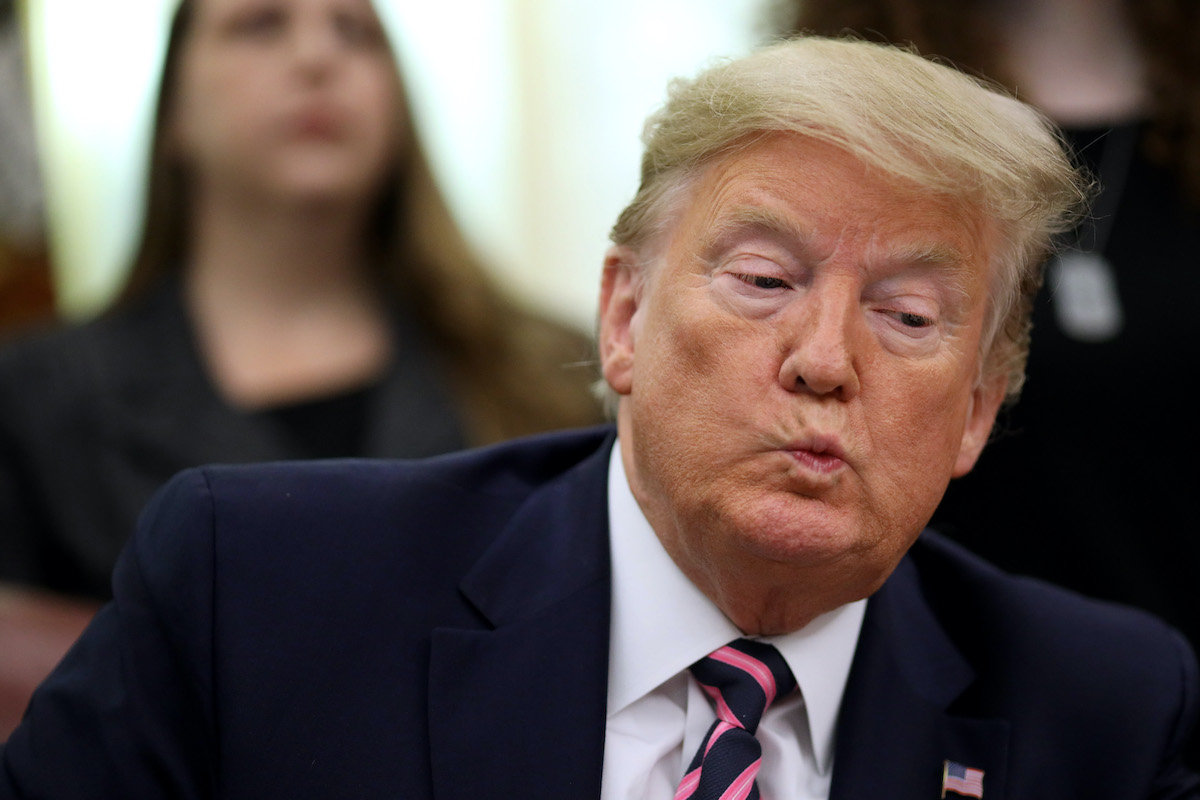 Sunday’s Super Bowl ads were all over the place, as usual. There were some really great ones (Google’s ad almost makes me okay with them constantly mining my personal data) and some really terrible ones. But the worst of all, according to the ratings and also just general taste, was Donald Trump’s 2020 campaign ad.

The watch party I was attending broke into loud boos as soon as we realized this was a Trump ad and we weren’t the only ones. According to USA Today’s Ad Meter, which surveys thousands of viewers, Trump’s commercial was the most poorly rated of the entire night. For a man so unbelivably obsessed with ratings, you truly love to see it.

It wasn’t just seeing Trump’s name on our TV screens that elicited such a negative reaction (although that by itself would be enough). This commercial, which centers on criminal justice reform, is also so grossly exploitative.

When you see Trump’s #SuperBowl ad attempting to frame himself as a president who unites families and fights injustices for black people: pic.twitter.com/ykF3ZUzGaN

Alice Johnson had already served 21 years of a life sentence for a first-time nonviolent drug offense when Trump granted her clemency in 2018 after being lobbied by Kim Kardashian West.

“Thanks to President Trump, people like Alice are getting a second chance,” the ad reads. “Politicians talk about criminal justice reform. President Trump got it done. Thousands of families are being reunited.”

Johnson absolutely deserved to have her sentence commuted but Trump hasn’t fixed the criminal justice system, which is what he seems to be implying by having talked about it in the past tense. (This is nowhere near the first time he’s done so, either.) He’s also ignoring all the work done by Kardashian West and the team of lawyers who advocated for Johnson. And at the same time, he fails to mention just how much damage his Department of Justice appointees have done to the criminal justice system while celebrity lobbyists still have enormous sway over him.

Trump is running on criminal justice reform? Really? How exactly does that square with the fact that both of his AGs Jeff Sessions and Bill Barr have undone almost all Obama era justice and police reform, target progressive DAs, press policies of mass incarceration at every turn?

Alice Johnson is one person who won early release because celebrities brought her to Trump’s attention. She deserved it. But there are thousands more like her in prison. We need a real pardon process that works fairly. We need real criminal justice reform. Don’t be fooled. https://t.co/rx9TVXRqeI

Where to begin? If you asked the President today what was in the First Step Act he couldn’t tell you. Every person released under it is a victory against a system that eats lives, but it is a modest victory at best. But first a bit on who gets credit for what.

Trump has frequently claimed that he’s better for Black Americans and better at criminal justice reform than President Obama was, which is just an incredible rewrite of history.

Trump has pardoned or commuted the sentence of 3 non-violent drug offenders, one of whom he used in a political ad during #SuperBowlLIV.

Obama pardoned or commuted the sentence of over 1,000 non-violent drug offenders and never used one in a political ad.

The very existence of the ad is baffling.

I can’t stop thinking about the fact that Trump bought a Super Bowl ad to cast himself as the champion of black women prisoners. It’s mind boggling

On the bright side, Trump dropped $11 million on an ad meant to brag about himself and everyone hated it.